For this review, I’m taking a look at an all-natural sleep hack that’s been kicking it since the 2nd century… valerian root. Most commonly consumed as a tea, this remedy is highly favored by those who struggle to fall asleep, reportedly because it only takes a couple of sips to send someone straight to dreamland.

But as y’all know, I’m not so easily convinced, so I’m going to do a bit more investigating and try out this remedy for myself to see just how strong it actually is.

This remedy is pretty straightforward. Basically, all you have to do is brew a small cup of valerian root tea and then drink it 30 minutes before you want to go to bed. You could also take a valerian capsule or drink a concoction with valerian root already incorporated into it, but I decided to make up a cup of my own.

I should note that you reportedly need to let the tea steep in a covered cup for at least 15 minutes before drinking it.

As I mentioned up top, Valerian has been used medicinally since the time of the Ancient Greeks, with its first documented use as a treatment for insomnia surfacing in the 2nd century. In the hundreds of years since, the flowering perennial’s popularity has persisted, particularly the root of the Valerian species Valeriana officinalis, which is the one used in modern day teas and dietary supplements.

While the anecdotal evidence is strong for Valerian’s effects on sleep (I mean who can argue with nearly a millennia of use?), there’s not a lot of scientific data to back it up. That’s not to say there haven’t been studies done to shed light on the herb’s potent powers; on the contrary, there are dozens readily available on the Internet. However, none have been able to conclusively state that Valerian root is a reliable sleep aid.

What we do know is that Valerian root has been shown to increase gamma aminobutyric acid in the synaptic cleft, which apparently decreases electrical activity in the brain resulting in a pleasant, relaxed state of mind.

Wow, this is one strong remedy! I felt immediately more relaxed and found it super easy to fall asleep after drinking this tea. Not only that, but I was able to stay asleep throughout the night. I’m not sure if I can attribute all of this success to the valerian root, but from where I’m typing, this remedy seems like a clear winner.

That being said, I’d give this hack 5 out of 5 Zzz’s — maybe not the tastiest, but certainly the most effective one I’ve tried yet.

Well that about does it for this review! If you have any questions or comments, feel free to leave them on the YouTube video above. 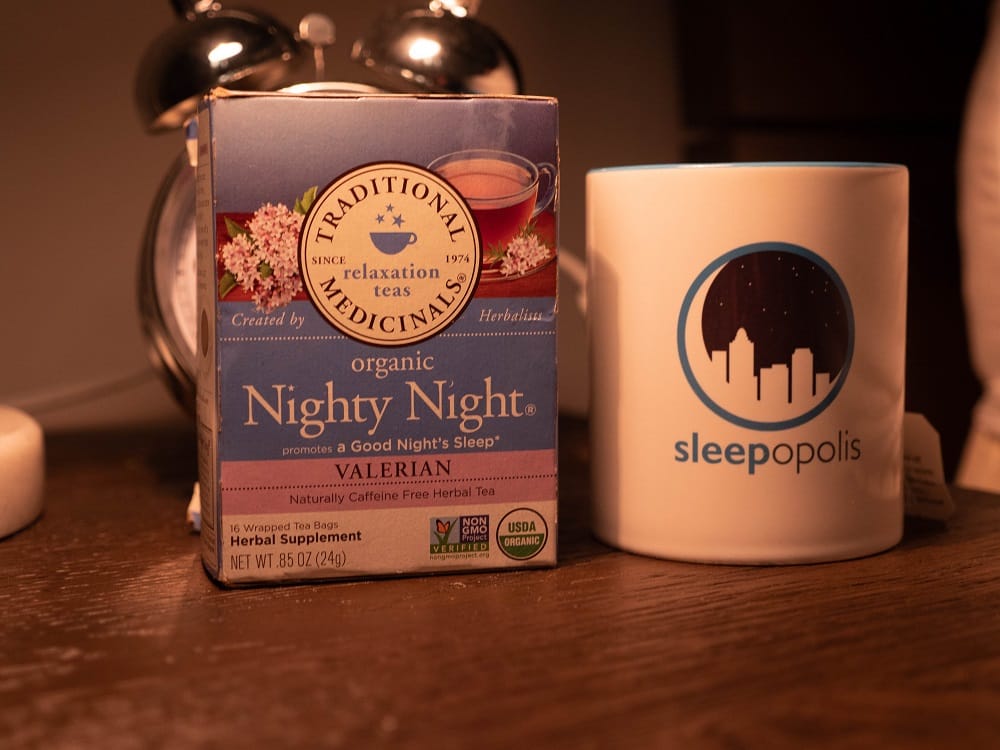