The popularity of cannabidiol, or CBD, has exploded over the last few years. CBD seems to be everywhere, in everything from capsules to coffee. Sales of the compound are expected to increase by forty times in the next three years. CBD is now legal in all fifty states, and can be purchased online and in shops across the country.

CBD has been heralded as a remedy for a wide range of health concerns, including insomnia. Though the science is limited and conflicting, there is increasing evidence that CBD may indeed impact sleep. What does the latest research say about CBD for sleep? Does it make sleep easier or more difficult? And is it safe to take?

First discovered in 1940, cannabidiol makes up 40% of the extract available in cannabis and hemp plants.

Cannabidiol, commonly referred to as CBD, is a natural compound found in the flower of the cannabis plant. Cannabis contains more than a hundred phytocannabinoids, or natural chemical compounds. Most of these are found in the resinous substance produced by the plant’s fine, crystal-like trichomes, or hairs. 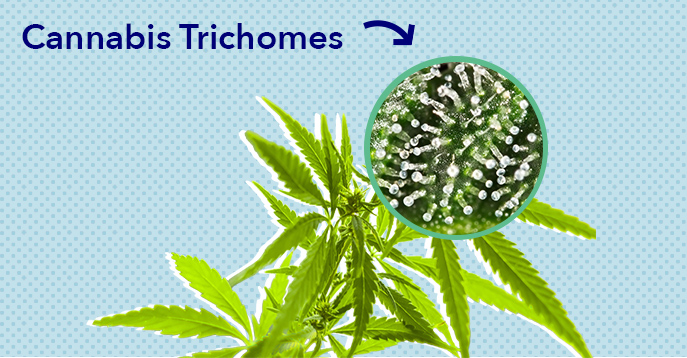 CBD is typically derived from industrial  hemp, which contains less resin than cannabis. The term “hemp” is used to describe types of cannabis that contain 0.3% THC or less. Marijuana-derived CBD is available only in states where growing psychoactive cannabis is legal, such as Colorado.

Though CBD is closely related to perhaps the most famous phytocannabinoid,  tetrahydrocannabinol (THC), the two compounds act in different ways and target different receptors in the brain and body. CBD is not psychoactive, and does not cause the intoxication that THC is known for. CBD is consumed in such forms as oils, capsules, gummies, sublingual sprays, and tinctures. It may also be inhaled in vaporized form, or “vaped.”

CBD is extracted from hemp or cannabis using one of the following extraction methods:

Q: What does psychoactive mean? A: A psychoactive drug is a substance that alters brain function and perceptions.

CBD’s Effects on the Body

The human body contains a biological system made up of endocannabinoids, specific neurotransmitters that bind to cannabinoid receptors. The endocannabinoid system helps to regulate such essential functions as appetite, mood, fertility, memory, and pain. This system is also associated with the feeling of euphoria that may result from intense exercise.

The two primary endocannabinoid receptors are referred to as CB1 and CB2, and are found in the brain, peripheral organs, and nervous system. CBD influences various receptors both inside and outside the endocannabinoid system, changing how hormones and neurotransmitters behave. These interactions with CBD may have a beneficial effect on such physiological processes as:

Other CBD benefits include a positive effect on seizures, particularly pediatric forms that are otherwise difficult to treat. The CBD-based drug Epidolex was recently approved by the FDA for treating two rare and severe forms of childhood convulsive epilepsy for which there is no other treatment.

CBD Safety and Side Effects

CBD has a very different side effect profile from the other well-known phytocannabinoid, THC. While THC can cause side effects such as hallucinations, anxiety, and hunger due to its psychoactive properties, CBD contains no psychoactive compounds.

Though studies on the side effects of CBD are still scarce, the research that does exist supports CBD as a safe and well-tolerated compound. (2) According to current studies, CBD appears to be non-toxic, and safe in doses up to 1500 milligrams each day. Chronic, long-term use appears safe, as well. (3)

CBD does not seem to impact appetite, blood pressure, heart rate, or body temperature. The movement of food through the GI tract appears unaffected. Though CBD has an impressive safety profile according to existing studies, it is not without certain side effects. Possible side effects of CBD products include:

Taking place in a test tube, petri dish, or other location outside the body of a living organism.

Studies of certain CBD-based drugs showed a higher incidence of certain side effects in people who took the drug than in those who didn’t. (4) The side effects noted during research included:

Some of these effects may be dosage dependent, meaning they are more likely to occur at higher doses. Anti-seizure drugs are made from a particularly potent strain of CBD, and might be more likely to cause reactions than non-pharmaceutical grade CBD products. The full side effect profile of CBD will become clearer as further studies are conducted and anecdotal reports from users are collected.

CBD and Sleep: The Evidence

Research on CBD as a treatment for sleep difficulties as well as other medical conditions is in its infancy. Between 2002 and 2012, there were just nine studies published on the use of CBD to treat pain. The pace of research has picked up in recent years, with over 30 studies published since 2012.

Anecdotal evidence exists for CBD’s positive effect on healthy sleep patterns, but more studies need to be conducted before definitive conclusions can be drawn. However, multiple studies have shown that CBD has a marked influence on anxiety, which may be key to its beneficial impact on sleep. CBD also appears to improve sleep by altering the brain’s perception of pain signals. Pain is one of the most common causes of interrupted sleep, and may be temporary or chronic.

One recent study showed that CBD’s effects on the central nervous system may calm anxiety and promote healthy sleep. Adult psychiatric patients suffering from anxiety or sleep difficulties rated the effect of 25 milligram capsules of CBD. Though scores for sleep indicated that CBD’s impact was mild, scores were significantly higher for its effects on anxiety. (5) 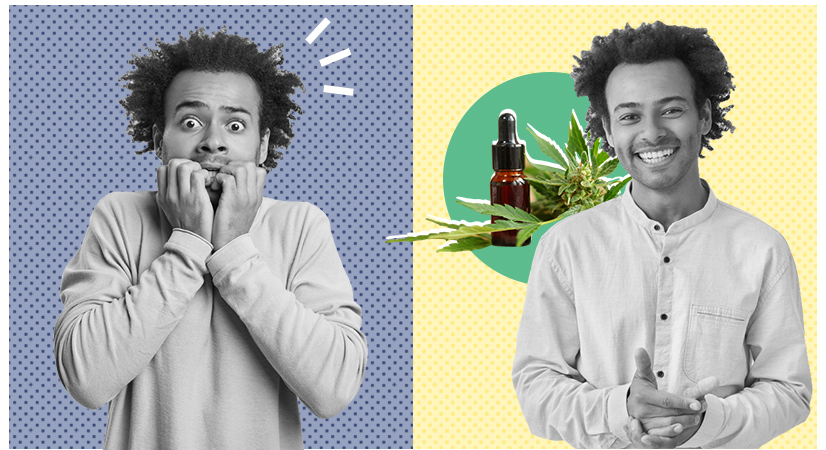 CBD may have a positive influence on anxiety by changing the way the body processes serotonin, a neurotransmitter associated with well-being and positive emotion. CBD may work in a similar way to the class of antidepressant medications known as serotonin reuptake inhibitors, or SSRIs. SSRIs target the sertonin receptor known as 5-HT1A and increase the amount of serotonin available to the brain. A 2014 study demonstrated that CBD improves 5-HT1A transmission in rats and decreases behavior that indicates anxiety and stress. (6)

Multiple studies reveal CBD’s positive impact on anxiety, which may support the compound’s sleep-promoting effects. (7) Though CBD’s ability to reduce anxiety appears clear, there is some evidence that it may actually promote wakefulness and decrease both slow-wave and REM sleep. (8) Some animal studies show an increase in total sleep time, while others show that it increases wakefulness. (9) (10) (11) The effect may be dosage dependent, or may be different in human beings. More research needs to be done to assess CBD’s direct role on the sleep-wake cycle.

Because of CBD’s positive effect on pain perception, it may be helpful for promoting sleep, particularly in people suffering from neuropathic or inflammatory pain such as Crohn’s Disease. The GI tract seems to be particularly responsive to CBD, which may help relieve the nausea and vomiting that accompany some pain conditions and medical treatments. (12)

CBD appears to reduce pain in part by modulating glycine receptors in the central nervous system. Glycine receptors are inhibitory, which means they reduce the perception of pain. CBD may increase the effect of such receptors, relieving pain that can cause insomnia or fragmented sleep. (13)

Research demonstrates CBD’s ability to reduce inflammation through its influence on adenosine, an important neurotransmitter. Adenosine and its receptors are strongly associated with the regulation of inflammation in the body. CBD increases the amount of adenosine available to the brain, thereby impacting the activity of adenosine receptors and reducing inflammation. (14)

How To Use CBD

When considering CBD as a treatment for sleep difficulties or for any other reason, consultation with a physician is always recommended to discuss possible side effects, drug interactions, and dosages.

CBD may be taken in a number of forms, from capsules to vaping. Since usage of the compound is still fairly new, dose titration may be the safest and most effective way to take CBD. Dose titration involves starting at a low dosage and gradually increasing the amount taken to help minimize side effects.

There is currently no recommended dosage of CBD for sleep or any other health concern. To help determine the best starting dosage for you, keep the following in mind:

In the last few years, CBD oil and other products have become enormously popular. Touted as a treatment for everything from depression to multiple sclerosis, CBD is just beginning to undergo the rigorous research that will either support or refute its reputation as a remedy for many common ailments. Though early research points to positive effects on anxiety, pain, and possibly sleep, only time and more peer-reviewed studies will prove if CBD is as promising as it appears to be.