The pace and priorities of modern society have led many of us to believe that rest and downtime are optional. Work, family, and school schedules may seem to require more hours than exist in a day, often leading us to steal time from one of our most essential biological functions: sleep.

Sleep is an altered physiological state that recurs on a daily basis. Sleep is characterized by a unique state of consciousness, decreased sensory awareness, and lower reactivity to stimuli. (1) It is universal among living organisms, across all species, from insects to elephants. 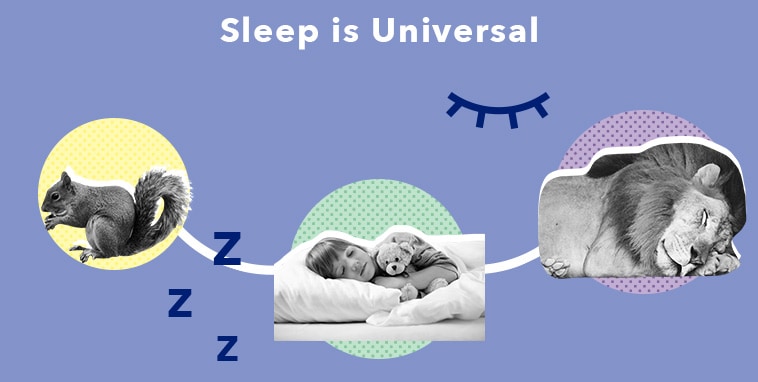 The Importance of Sleep

Sleep is a drive, as important to health and well-being as food and water. Less than two weeks without sleep is typically fatal to humans and most animals. 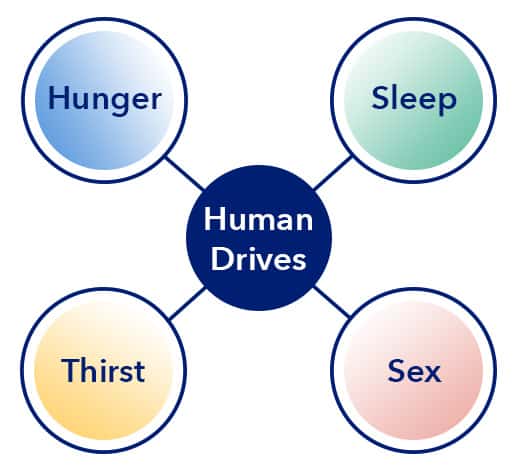 Because sleep limits the ability to defend against predators and prevents such important activities as mating and the collection of food, researchers theorize that sleep has a crucial evolutionary function. (2) This theory is supported by decades of studies proving that insufficient sleep has significant health effects such as cognitive difficulties, depression, lowered immunity, increased risk of disease, and death. (3)

For many organisms including human beings, sleep is characterized by lying down and shutting the eyes. Unlike other states of altered consciousness such as coma or hibernation, sleep can be reversed easily. In addition to visual signs, sleep in humans and many other animals is recognizable by distinct patterns of brain waves on electroencephalogram (EEG).

One of the defining features of sleep is lowered arousal of the brain. Neurons fire randomly at a high speed during wakefulness but are slower during sleep, with a more coordinated pattern. Neurons fire more rapidly during REM sleep, the stage of sleep that closely resembles being awake. This may be due in part to the vivid dream activity that occurs during REM sleep.

Q: Which mammals sleep the least, and which sleep the most? A: Elephants sleep only four hours each day, while armadillos and cats sleep as many as twenty hours.

The Architecture of Sleep

The full process of all four cycles takes approximately seven to eight hours to complete. Every stage of sleep is designed to occur in order for a prescribed amount of time.

Sleep architecture can be represented by a graph called a hypnogram. This type of graph shows the peaks and valleys of the sleep stages in each of the four cycles. Short-term disruption of this sequential pattern can lead to sleep deprivation and daytime sleepiness, while long-term disruption can lead to significant health consequences such as high blood pressure, metabolism dysfunction, and higher risk of neurodegenerative diseases like dementia. (5) 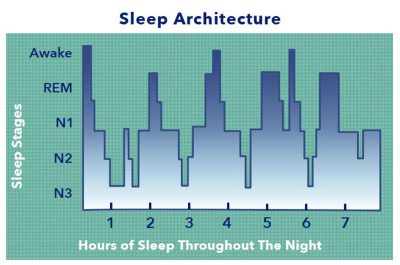 The Many Functions of Sleep

Sleep appears to trigger a wide range of bodily processes that occur only while other functions such as visual processing and digestion are minimally active.

During sleep, core temperature and blood pressure decrease along with kidney function and urine production. Some bodily functions actually increase, such as the release of human growth hormone and processes associated with cell repair. Other changes occur during sleep, as well: 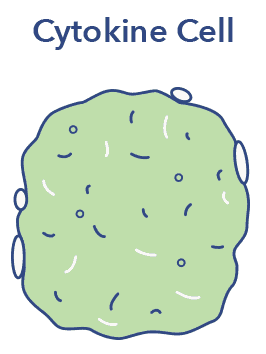 Lower body and room temperatures help to bring on sleep, and may be associated with early human history when we slept outdoors or in caves. (7) Reduced body temperature also helps preserve energy, which may be one of the primary functions of sleep.

Dreams are common during sleep, and are most frequent and vivid during REM sleep. Once considered to be meaningless responses to brain activity during sleep, dreams may be instrumental in emotion processing, a theory supported by brain chemistry during REM sleep. The stress hormone norepinephrine is absent from the brain during this stage of sleep, allowing emotions to be reenacted and committed to memory in a low-stress environment.

Cell-signaling molecules. The origin of the word is Greek, meaning cell (cyto) and movement (kinos).

Appetite and metabolism are regulated during sleep. Sleep is essential to the storing of carbohydrates and the release of hormones responsible for increasing and inhibiting appetite. (8) Chronic sleep deprivation can result in dysregulation of metabolism, leading to an increased risk of such health issues as:

This first stage occurs as you drift off to sleep. It typically lasts for five to 10 minutes and can be considered the transition phase between wakefulness and sleep. Though you still might feel fairly alert, your brain and body are slowing down—your eye movement and muscle movement slows, and your brain switches over to alpha waves.

In stage two, your body is preparing to enter deep sleep. Your heart rate and brain waves slow—with the occasional sleep spindle waves, thought to help with memory consolidation—your body temperature decreases, and your eye movement stops. Your breathing evens out and you lose the awareness of your surroundings that you held onto in stage one.

Finally, you’ve reached deep sleep. Your brain begins to produce delta brain waves, and you have no eye movement or muscle activity. You’re much less likely to be woken up in this stage than in the proceeding two—if you are woken up, you’ll likely feel groggy and disoriented upon awakening (now those rough early mornings with your alarm make sense!). Your body also begins any needed “repairs” in this state, which highlights the importance of getting good sleep when you’re recovering from an injury or illness.

About 90 minutes after you’ve fallen asleep, REM sleep begins. In REM sleep, your brain waves are more similar to those you have during your waking hours—that’s because you’re experiencing dreams. In this state, your body is temporarily paralyzed to keep you from acting out your dreams, a symptom that is thought to be the culprit behind sleep paralysis.

Your body is active in other ways, though: Your breathing is faster and more irregular, like during the day, and your eyes move rapidly beneath your eyelids. Like in the previous stage, memory consolidation takes place during REM sleep, making REM vital for learning and education.

The amount of REM sleep you get depends on the stage of life you’re in, peaking in infancy and early childhood and dropping off in subsequent stages.

The circadian rhythm is sensitive to environmental cues and lifestyle choices such as regular travel to other time zones, night shift work, and inconsistent sleep and wake times. It can be disrupted by relatively minor changes, including:

The circadian rhythm’s master clock is located in the suprachiasmatic nucleus, or SCN, in the hypothalamus of the brain. The SCN functions as the brain’s pacemaker, and controls sleep and waking, neuroendocrine function, the autonomic nervous system, and many other critical bodily processes. (9) The circadian system is not limited to the SCN, and can be found throughout the body in smaller, “local” clocks located in organs and muscle tissue.

Neurotransmitters such as adenosine are also involved in sleep and wakefulness. Adenosine gradually builds up during the day in parts of the brain associated with sleep and waking. Higher concentrations of adenosine inhibit alertness and cause sleepiness.

Sensory gating is a neurological process that involves the filtering of stimuli so that only meaningful information reaches the brain. (10) It is an essential part of sleep that occurs in all four stages. Sensory gating allows the brain to protect the sleep state by ignoring non-threatening sounds, visual signals, and physical contact.

Sensory gating also occurs during wakefulness when the brain focuses on one conversation in a crowded room to the exclusion of others. This is known as “the cocktail party effect.” In people who lack sufficient sensory gating, sleep is more difficult, with frequent delays and disruptions. Sensory gating deficits are associated with such psychological disorders as schizophrena and autism. (11)

The part of the brain responsible for relaying of sensory signals as well as the regulation of sleep, waking, and consciousness.

Disordered sleep is common and takes many forms involving multiple body systems. Many sleep disorders occur concurrently with another medical or psychological condition. (12)

Common disorders of sleep include:

Nearly all sleep disorders have significant effects on quality of life, cognitive and physical functioning, and psychological well-being. The impact of sleep disorders, whether they entail too much sleep, too little sleep, or disrupted sleep, underscore the importance of healthy rest to the smooth functioning of every bodily system.

Q: What do fruit flies have to do with human sleep? A: Fruit flies have remarkably similar circadian rhythms to human beings. Caffeine keeps them awake, and they react to sleep deprivation with longer periods of deep sleep much as people do.

Sleep needs evolve throughout life as the brain and body develop and grow older. The National Sleep Foundation recently created sleep range recommendations based on age.

Though the sleep needs of most people will be satisfied by these recommendations, some outliers fall outside the current guidelines. Some people require only four to five hours each night for healthy functioning, while others require several hours more.

While needing less sleep is rarely a sign of a sleep disorder or other condition, the need to sleep much more than nine hours as an adult can be a sign of hypersomnia or narcolepsy, particularly if accompanied by symptoms such as daytime sleepiness or sudden weakness.

Sleep is an essential physiological process, as critical to life as oxygen and water. It is so important that the nightly need for sleep supplants the drive to mate, eat, or defend oneself.

Sleep is much more than the need to “shut down” the body and brain — it is a crucial part of physical and cognitive well-being. The rest we get at night makes healthy daytime functioning possible. Though we have little conscious awareness of the processes that occur during sleep, we experience their effects in our ability to learn, pay attention, and function at our best.