Popular Netflix series The Haunting of Hill House has people all over the country feeling delightfully frightened — but one of its featured horrors is very real for millions of sleepers.

The show follows the story of the Crain family, and all of the creepy paranormal activity that goes on in their childhood home, Hill House. While we viewers are able to attribute most of the nightmarish goings-on to fiction and special effects, one unfortunate character suffers from something that has plagued people for centuries — sleep paralysis.

Researchers define sleep paralysis as “a common, generally benign, parasomnia characterized by brief episodes of inability to move or speak combined with waking consciousness.” (1) Essentially, that means that even while you’re technically awake, you are totally unable to move your body or use your voice. And while it is relatively common (about 8% of the global population has experienced an episode of sleep paralysis), the research and findings behind this disorder are still shrouded in mystery. (2)

So, to get a clearer understanding of this scary bedtime affliction, I spoke with Center for Human Sleep Science researcher Dr. Raphael Vallat, Cambridge University neuroscientist Baland Jalal, as well as someone who suffers from chronic sleep paralysis.

Spoiler Alert: This article reveals specific information about the show, so if you’re still in the middle of the series, you might want to read this after you’ve finished!

Note: The information on Sleepopolis is meant to be informative in nature and is not written by medical experts. Please consult a healthcare professional if you experience any sleep disorders that may be linked to a medical condition.

SEPARATING THE MYTH FROM THE TRUTH

In episode five of The Haunting of Hill House, youngest daughter Nellie Crain is clinically diagnosed with sleep paralysis by a medical professional who later becomes her husband. Throughout the episode, we see Nellie struggling with this disorder in various stages of her life, culminating in an explosive scene depicting her most terrifying bout yet.

In this moment, we see Nellie trapped in the grips of sleep paralysis as her husband (who is usually there to ease her out of it) falls dead of what appears to be an aneurysm. While this is happening, Nellie is conscious, yet unable to move or speak. She’s also overcome by the presence of something evil in the room, which eventually manifests as the phantom that’s haunted her since her youth.

It may seem like her symptoms are exaggerated for dramatic effect, but according to Dr. Vallat, these are all classic manifestations of sleep paralysis:

When we are in REM sleep, our bodies are in a state of complete atonia — meaning our muscles are completely still. Essentially, this is the result of the brain applying a sort of roadblock to all the nerves that connect with skeletal muscles. What happens with sleep paralysis is that the sleeper will suddenly wake up during REM sleep, but the atonia stays. So, the person is awake but their body is still asleep, completely paralyzed.

If that’s not frightening enough, Dr. Vallat went on to tell me that sleep paralysis is often accompanied by hallucinations of witches, demons, or similar foreboding figures standing over you or sitting on your chest. In Nellie’s case, it’s a shadowy, female figure she calls the Bent Neck Lady and, unfortunately for her, she’s not just a hallucination.

Though the lady who stalks Nellie’s sleep is obviously not real, those kinds of apparitions are within the realm of possibility for those who suffer from sleep paralysis. I interviewed neuroscientist Baland Jalal to get a second medical perspective, and he told me that it’s also common to see bright flashing lights, or even hallucinations of yourself having a conversation with… your other self.

“It’s different for everybody,” said Jalal, “but many sleepers see themselves floating above them, on the ceiling, having a conversation with themselves — and it’s usually hostile.”

Of course, we later find that the Bent Neck Lady is actually Nellie herself, which mirrors the sleep paralysis symptom that Dr. Jalal told me about. However, Dr. Vallat and Dr. Jalal agree that when you’re in the throes of sleep paralysis, you’re unable to move your body, save for the occasional twitch of fingers and toes. So, when Nellie wills herself to roll out of bed and army-crawl across her bedroom floor despite being paralyzed — that part is not accurately representative of the disorder.

While the medical perspectives of Dr. Jalal and Dr. Vallat helped me understand the chemical inner-workings of this disorder, I felt like I needed to hear from someone who had experienced it directly. So, I interviewed my friend Anthony Blake who was diagnosed with sleep paralysis as a child. He told me that while he still experiences bouts of sleep paralysis on a semi-regular basis, it was worst during his teen years.

“There was a time in high school when I got sleep paralysis every night,” said Blake, “and there was really no getting used to it. I always felt this impending sense of doom, and like something evil and really heavy was sitting on my chest.”

Blake told me that the disorder was particularly “brutal” during football season (which supports a 2018 study that suggests sleep paralysis is more prevalent in student athletes) and could sometimes last all night and into the next morning. (3) Typically, each episode of sleep paralysis lasts fewer than a couple minutes, but both Dr. Vallat and Blake confirm that these episodes can happen back-to-back, and go on for hours.

“Sometimes I’d be stuck in sleep paralysis,” Blake told me, “come out of it, and be so tired that I’d fall back asleep, only to dive right back into another episode of it. Eventually, I’d just give up on sleeping.”

Unfortunately, sleep deprivation and sleep paralysis are linked — partly because of this vicious cycle that Blake outlined. Dr. Vallat told me that the less rested you are, the greater your chances are of slipping into paralysis; but sleeping is easier said than done when you’re afraid of what’s waiting on the other side of consciousness.

SO, WHAT’S TO BE DONE ABOUT SLEEP PARALYSIS?

Unfortunately, there is no known cure for sleep paralysis. However, there are some things you can do to make it more bearable, and even make the episodes less frequent. Dr. Vallat and Dr. Jalal pointed to research that shows how feelings of anxiety — especially before bedtime — can trigger episodes of sleep paralysis. (4) So, practicing meditation or other methods of self-relaxation before you slumber might help keep the disorder at bay.

Dr. Vallat also stressed the importance of sleep hygiene, and told me that the first thing sufferers of sleep paralysis should look at is their personal bedtime routines. He said that going to bed and waking up at the same time every day, sleeping at least eight hours per night, and avoiding caffeine and alcohol before bed are all ways we can combat sleep paralysis. 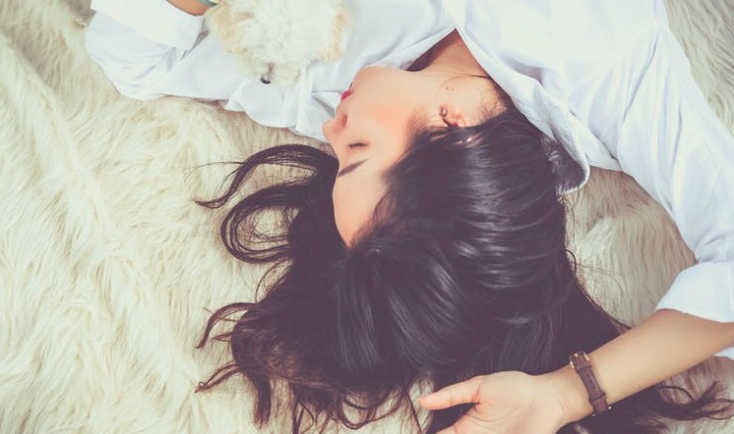 In our discussion, Dr. Vallat reminded me that scientists only discovered REM sleep in the 1950s and that sleep paralysis itself has only been seriously studied for a short period of time. Even now, researchers are still mystified by the varying characteristics of this disorder as symptoms have proven to be quite different from person to person.

Dr. Jalal asserted that the nature of sleep paralysis can change depending on where you live, and the culture in which you were raised. That said, he told me that many still regard the disorder as purely mythical or little more than a bad dream.

No matter how sleep paralysis manifests, perhaps raising awareness of this disorder might bolster scientific research, and make those who suffer from it feel less alone.