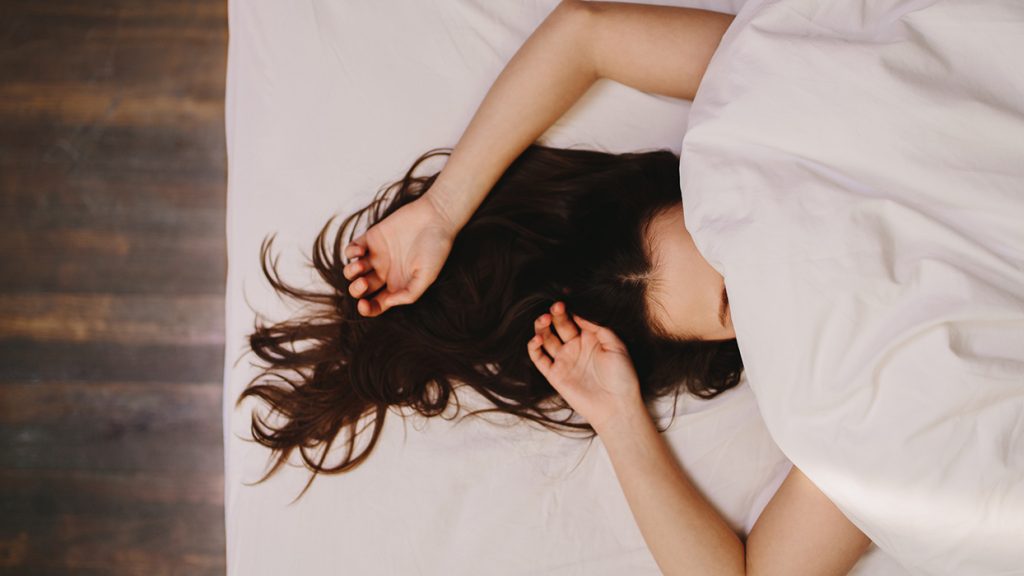 Melatonin as a mainstream sleep aid has long been accepted — promising sound, natural sleep, touted as a “miracle” for people with sleep disorders. But in recent years, magnesium has taken the spotlight, claiming that it promotes more restful sleep and improves sleep longevity with fewer negative side effects compared to melatonin.

So does it live up to the hype? Or should you give this supplement a pass?

First Things First: What’s the Difference Between Melatonin and Magnesium?

Playing a crucial role in the body, magnesium is known for supporting muscle and nerve function and energy production. It also helps regulate blood sugar, blood pressure, and makes protein, bone, and DNA.

Your body does not make magnesium naturally and depends on your diet or supplementation for efficiency. While many healthy foods – including fish, fruit, vegetables, whole grains, legumes, nuts, and seeds – contain magnesium, a 2018 review from the Journal of the American Osteopathic Association found that an estimated 50 percent of the American population may be deficient in magnesium. A magnesium deficiency doesn’t tend to be life-threatening, but it can cause some unpleasant symptoms, including twitches, tremors, and muscle cramps. A long-term deficiency may also increase your risk of high blood pressure, osteoporosis, heart disease, and type 2 diabetes. Some research suggests there may also be an association between low magnesium levels and anxiety and depression.

Melatonin is a hormone made naturally by the pineal gland in your brain in response to darkness. “Melatonin is at its peak about two hours before your natural bedtime and stops being produced just before awakening in the morning,” says Dr. Shelby Harris, Sleepopolis’ director of sleep health. “It helps regulate your natural sleep-wake cycle, [your] circadian rhythm.”

When it comes to supplements, the two function differently within the body. Magnesium is a relaxation supplement helping to relax the muscles, body, and mind. “Essentially, magnesium helps set the stage for sleep by calming the body and preparing it to sleep,” says Harris.

Melatonin, on the other hand, when taken directly, impacts your body’s circadian rhythm and hormonal regulation of sleep.

The above-mentioned muscle twitches, spasms, or tremors that can result from a magnesium deficiency may also disrupt your shut-eye, so it’s not surprising that taking a magnesium supplement may be able to help you get more sleep.

This is something I experienced firsthand. Before taking magnesium supplements, I found myself having difficulty falling and staying asleep, frequent muscle spasms that would wake me abruptly, and struggling with anxiety symptoms. After consulting a naturopathic doctor, I integrated magnesium into my nightly routine. Since then, I’ve noticed a significant improvement in my sleep quality—including falling asleep—and better regulating my anxiety. I also very rarely experience muscle spasms.

Some studies have suggested that magnesium may be promising at treating insomnia. According to a study published in Oxford Academic that followed nearly 4,000 participants, magnesium intake was moderately associated with better sleep quality —including being less likely to have short sleep. Other studies suggest magnesium supplements help reverse age-related changes in sleep often seen in older adults.

Although I saw great results, widespread research is inconclusive. “There has been limited research suggesting that magnesium is beneficial for sleep — the results are mixed, and we need more data to make sweeping conclusions overall,” says Harris.

So…Is Melatonin or Magnesium Better for You?

For short-term sleep challenges, melatonin may still be the better option. “Melatonin for adults with insomnia has very mixed data on it. It’s not the cure that people think it is,” says Harris. “It does work for some, but it isn’t as great in most chronic cases.”

“If you’re someone who tends to have significant issues with jet lag, shift work, or are a night owl (e.g., you can sleep eight hours no problem, but it is on a much-delayed schedule), then melatonin is often useful if taken at the appropriate time,” she adds.

The health risks of long-term melatonin use are still unknown, but from studies thus far, melatonin doesn’t seem to cause serious consequences. Adverse side effects of melatonin include daytime drowsiness, vivid dreams or nightmares, irritability, constipation, diarrhea, dizziness, nausea, headache, short-term feelings of depression, and confusion or disorientation.

One caveat: Harris recommends speaking to your doc before starting a melatonin regime, because it can interact with certain medications. (Always better to be safe than sorry!)

Magnesium is generally considered safe for the vast majority of people but still proceed with caution. This is because high doses of magnesium from supplements or medications can cause some not-so-fun side effects like nausea, abdominal cramping, and diarrhea. Similarly to the melatonin, Harris recommends talking to your doc as magnesium may also interact with certain meds.

One Exception: Kids and Melatonin

If you’ve read the news lately, you’ve probably seen headlines buzzing about kids and whether or not it’s safe for them to take melatonin.

A June 2022 study published in the Center for Disease Control and Prevention (CDC)’s Morbidity and Mortality Weekly Report states that the yearly number of “melatonin ingestions” in children reported to the American Association of Poison Control’s National Poison Data System increased by 530 percent between 2012 and 2021. This makes it “the most frequently ingested substance among children reported to national poison control centers,” the study authors write.

These alarming statistics influenced the AASM to issue a health advisory in September cautioning against melatonin as a supplement, especially in use by children.

“Children are at increased risk for melatonin exposure because of the supplement’s widespread use and growing popularity as a sleep aid,” says Muhammad Rishi, M.D., FCCP, associate professor at Indiana University, School of Medicine, and vice chair of the Public Safety Committee for the American Academy of Sleep Medicine (AASM). “Additionally, melatonin is often not equipped with child-safe caps, or it’s in the form of gummy bears, making it easier for children to try and overdose on them.”

If you do opt for melatonin, keep it somewhere your kids can’t reach it. If your kids are struggling with sleep problems, Rishi recommends speaking to your pediatrician about non-supplemental options, like changing your tot’s schedule, habits, or improving their sleep hygiene, rather than opting for melatonin as a first step.

How to Use Magnesium – or Any Supplement – Safely

Taking supplements of any kind —  whether melatonin or magnesium — should be carefully evaluated by a medical professional. This is because supplements aren’t regulated the same way as other over-the-counter medications — variations between what’s on the bottle and what’s in the pill can be drastically different.

“What you’re getting from one brand might be different from what another brand has in their bottle — there’s no governing agency looking at what’s in the pills,” says Harris. “It’s a little bit of a go with a trusted brand, but not everyone has that ability or knows what a trusted brand is.”

As to whether magnesium really wins out over melatonin, the truth is, it’s hard to say. If you don’t have any of the above issues and are generally looking to improve your sleep, Harris recommends starting with magnesium.

If that doesn’t work, she suggests speaking with your doc about melatonin. “One to three milligrams of melatonin is enough for most people to try, with five milligrams being a good dose,” she adds. “People often think more is better, but that’s not the case with melatonin.”