How Does Mental Health Affect Your Sleep?

The term mental health describes emotional, cognitive, and social well-being. Mental health is important at every stage of life, from childhood and adolescence through adulthood. Mental health affects not just how we feel, but how we think and behave. Our psychological condition determines how we handle stress, relate to others, and make choices.

There are more than 200 types of mental illness, which is defined by the American Psychiatric Association as “a health condition involving changes in emotion, thinking, and behavior.” Mental illness is based in the brain and can have a significant impact on relationships and quality of life. 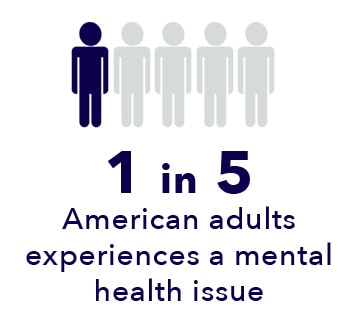 Mental health problems can affect self-esteem, happiness, and basic functions, such as eating and sleeping. (1) Social and financial success is strongly influenced by psychological wellness, including self-awareness and our ability to exercise self-control.

Many factors contribute to mental health issues, including: 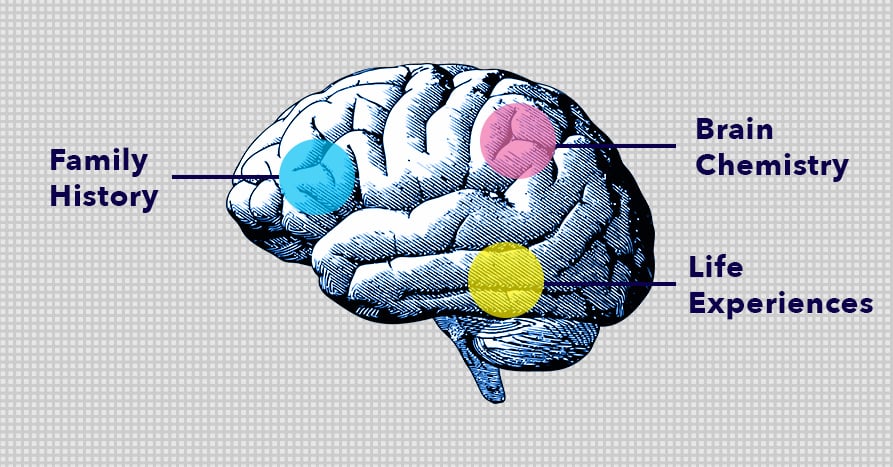 Mental health issues run the gamut from minor difficulty with daily living to full-blown psychosis. Treatment can have a significant impact on the course and outlook of psychological issues, making early detection crucial.

Mental illness can appear in early childhood or not until adulthood. (2) Some psychological issues may not emerge until later in life and can be influenced by certain drugs and medical conditions. There are numerous warning signs of mental health issues. These vary depending on the nature of the condition, and may include:

Psychological difficulties increase the risk of troubled relationships with family and friends. (3) Interpersonal conflict can be caused by irritability and mood swings, or feelings such as fear and anger. Other cognitive signs associated with mental health issues include worry, confusion, memory loss, and intrusive thoughts.

More serious mental disorders may cause hallucinations, including hearing voices or believing things that are not true. Suicidal behavior or thoughts of harming another person are also common signs of psychological issues. A person suffering from mental illness may experience paranoia, imagined physical ailments, or the need to abuse drugs or alcohol. 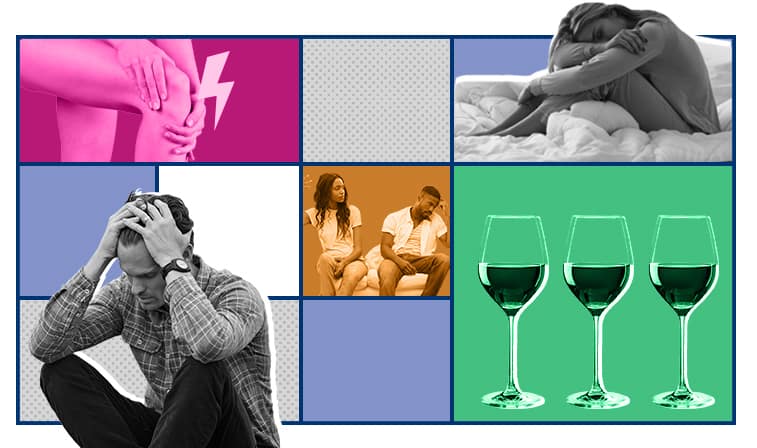 Each type of mood disorder is characterized by unique signs and symptoms and may co-occur with other disorders. For example, anxiety might occur along with substance abuse, physical complaints, or a sleep disorder like insomnia.

The following are some of the most common mental health disorders:

Psychiatric Disorders in Children. Common psychiatric disorders in children include attention deficit hyperactivity disorder (ADHD) a neurodevelopmental disorder that usually persists into adulthood. Symptoms include impulsiveness, trouble focusing on tasks or conversations, restlessness, and feeling easily frustrated. Oppositional defiant disorder is part of a spectrum known as disruptive, impulse-control, and conduct disorders. Symptoms of oppositional defiant disorder include hostility toward and lack of cooperation with teachers, parents, and other authority figures. (5)

Substance Use Disorders. Mental health problems and substance abuse disorders often occur together. (6) Substance abuse can be a cause or a result of psychiatric issues, and may be an attempt by some patients to self-medicate or reduce symptoms. 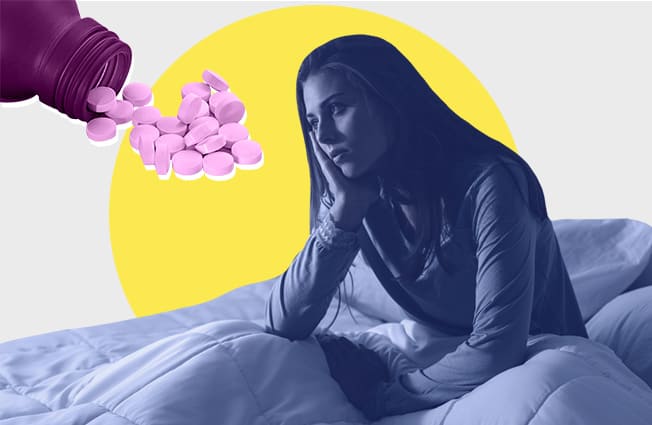 Personality Disorders. People with personality disorders have inflexible personality traits that are distressing to the sufferer and may cause problems in work, school, or social relationships. (7) These disorders are highly resistant to treatment, and include the following:

Psychotic Disorders. Psychotic disorders are characterized by abnormal perceptions such as hallucinations and delusions. Hallucinations are false perceptions that involve hearing or seeing things that don’t exist. Delusions are false beliefs, such as being pursued by authorities or people wishing to do the sufferer harm. The most common psychotic disorder is schizophrenia, which typically appears in the mid to late twenties. Possible causes of schizophrenia include genetic and environmental factors, disordered brain circuitry, trauma, and drug abuse.

One common sign of mental health difficulty is trouble sleeping. (8) The sleep disorder most closely associated with psychiatric disturbances is chronic insomnia. Some common mental illnesses and their effect on sleep include the following:

Depression. Clinical depression often presents with persistent insomnia, or the inability to sleep. (9) Hypersomnia, or excessive drowsiness, can be a sign of depression, as well. Sleep disorders are associated so strongly with depression that some medical practitioners advise caution in diagnosing depression in patients without symptoms of a sleep disorder. Up to 75% of people diagnosed with depression also suffer from insomnia. 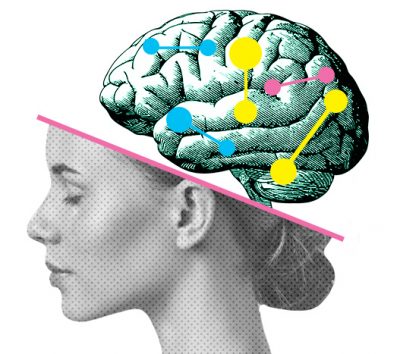 Bipolar Disorder. Bipolar disorder is strongly associated with the inability to fall asleep, stay asleep, fall back to sleep, or all three. People in the manic phase of bipolar disorder often have difficulty sleeping, whereas those in the depressive phase may sleep much more than usual. Studies show that sleep deprivation can aggravate the struggles with emotional regulation that are common in people who are bipolar. (10) For many sufferers, trouble sleeping can be an indication of an approaching manic phase.

Anxiety Disorder. Anxiety is a principal cause of chronic insomnia. Even common anxiety related to work and life circumstances may trigger insomnia. A primary cause of chronic insomnia is conditioned anxiety related to sleep and the bedtime routine. Anxiety’s impact on the body includes hyperactivity of the central nervous system and excessive release of stress hormones, such as adrenaline and cortisol. Studies show a strong association between a history of insomnia and anxiety disorder, panic disorder, and social anxiety disorder. (11)

Borderline Personality Disorder. BPD sufferers with insomnia typically experience the daytime consequences of sleep loss, including sleepiness, difficulty concentrating, and irritability. Symptoms of BPD can be worsened by insomnia, leading to a vicious cycle of sleeplessness and behavioral issues.

Psychotic Disorders. Psychotic disorders such as schizophrenia can have a profound impact on sleep. Sleep disturbances are often an early sign of schizophrenia and can precede psychiatric symptoms by months or years. Schizophrenia patients are more likely to suffer from other sleep disorders, as well, including:

Does Depression Cause Insomnia, or Vice Versa?

It was once thought that insomnia symptoms resulted from psychiatric disorders and depression, not the other way around. Now the evidence isn’t so clear. Sleep problems may not just be the result of emotional disturbances, they may increase the likelihood of suffering from them, as well. 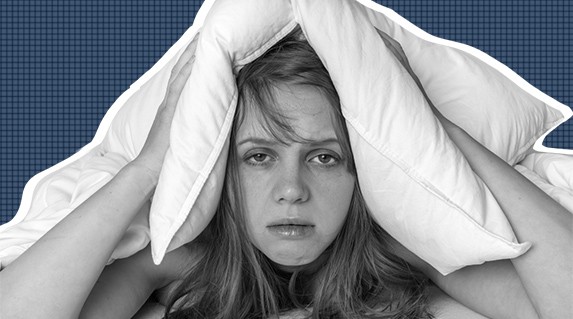 Medications to treat psychiatric disturbances may also cause insomnia. Psychotropic medications can have stimulating effects that contribute to interrupted sleep. Restless leg syndrome and periodic limb movements may be triggered or exacerbated by antidepressants and other drugs used to treat mood disorders.

An analysis of major studies revealed that volunteers who suffered from insomnia symptoms were twice as likely to be diagnosed with depression as those without sleep difficulties. Why? Though the connection between mood disorders and insomnia isn’t entirely understood, it is well-known that hormones and neurotransmitters are affected by poor sleep. Sleep is a restorative activity that reduces stress in the body and areas of the brain, especially the axis between the hypothalamus and adrenal and pituitary glands. Excess secretion of cortisol — also known as “the stress hormone” — may play a role, as well.

Depression and Other Sleep Disorders

Insomnia is not the only sleep disorder associated with depression and anxiety. (14) Sleep apnea is a common cause of depression, as is hypersomnia. Sleep apnea is characterized by blockage of the airway and repeated awakenings during the night. Chronic sleep apnea can result in weight gain, increased risk of heart attack and stroke, and memory problems.

Hypersomnia is associated with excessive time spent sleeping and daytime sleepiness. The disorder can be caused by medical conditions, certain drugs, and immune system dysfunction. Though most people need between seven and nine hours of sleep each night, the need for significantly more can indicate a mood disorder. Like sleep apnea, hypersomnia is related to a greater likelihood of heart attack and stroke.

A sleep disorder associated with excessive sleeping. Hypersomnia includes narcolepsy, an autoimmune disease that can cause extreme sleepiness and muscle weakness.

Medications to treat psychological disturbances can have a positive or negative impact on sleep. (15) Most antidepressant medications influence the neurotransmitters dopamine, serotonin, and norepinephrine, all of which help to regulate sleep and wake cycles. Some can have stimulating effects that contribute to insomnia. 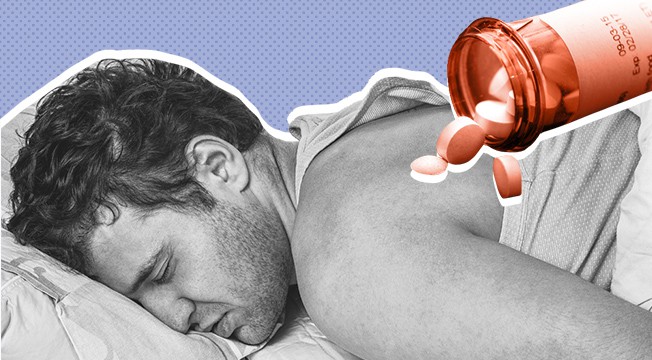 Restless legs syndrome and periodic limb movements can be triggered or exacerbated by antidepressants and other drugs used to treat mood disorders. (16) These medications can be helpful in patients without movement-related sleep disorders who suffer from hypersomnia.

Other medications such as older tricyclic drugs can help establish healthy sleep patterns in depressed patients with insomnia. Once a depressed patient starts taking medication, insomnia may be the last symptom to improve. Newer antidepressants such as selective serotonin reuptake inhibitors can suppress the REM stage of sleep, as well as the vivid dreaming that occurs during REM sleep.

Antipsychotic medications can help with insomnia, a common issue for schizophrenia sufferers. Some of these drugs can also cause daytime sleepiness, which may be preferable to insomnia. (17) Hypnotic medications are often prescribed along with antipsychotics, and may initially help with insomnia due to their sedative effects. However, many patients become tolerant of hypnotics or develop a rebound response, which can limit their usefulness for insomnia over the long-term.

Signs of suicidal thoughts and behavior may include the following:

Suicidal behavior is often caused by psychiatric conditions, but may also be triggered by difficult life events, stress, loss of a loved one, or past trauma such as emotional, physical, or sexual abuse. Suicidal behavior is also more common in people suffering from post-traumatic stress disorder or chronic pain.

Recent research reveals that suicidal behavior and lack of sufficient sleep are related in adolescents and adults. (18) People who completed their suicidal actions were more likely to have suffered from insomnia, hypersomnia, or another sleep disturbance. Though further research is needed to better understand this link, existing studies reveal a strong association between mental health and sleep.

Mental health is critically important to happiness and well-being. Research reveals a connection between mental illness and disturbed sleep, an association that may exist months or years before psychiatric symptoms appear.