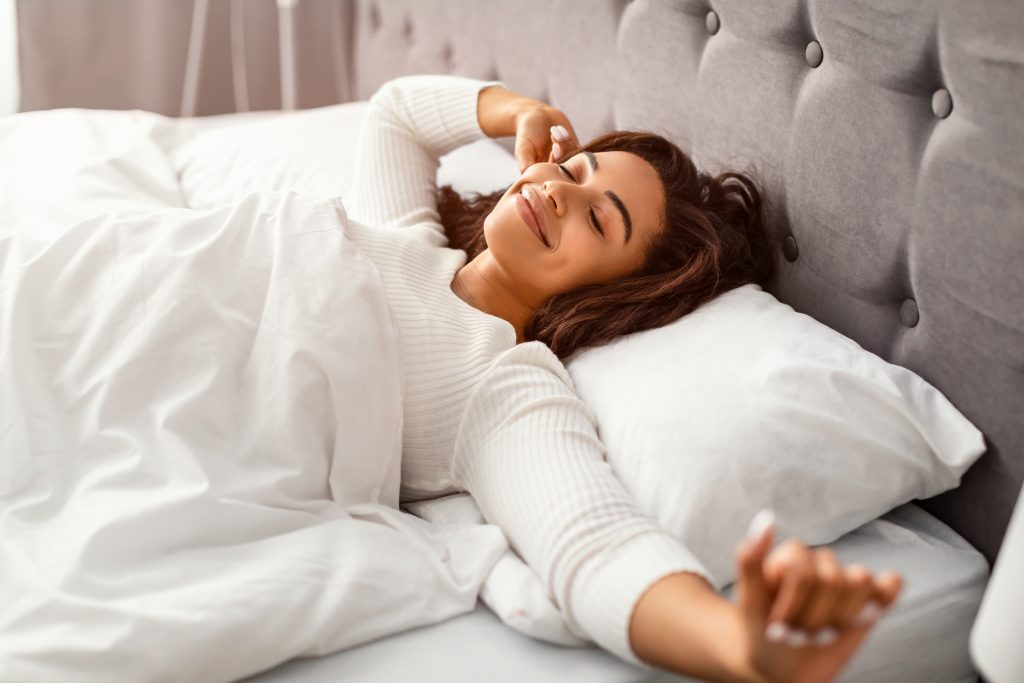 A new study reveals that there is a sweet spot when it comes to the number of hours of sleep required for optimal brain function. And that magic number might not be what you think it is.

The research published in the journal Nature Aging, reveals seven hours of sleep per night is the ideal amount of sleep for cognitive performance. Researchers also noted that  the seven-hour benchmark produced reports of ‘good’ mental health for those in the study experiencing more symptoms of anxiety and depression. The study shows an overall poorer wellbeing if subjects reported sleeping for longer or shorter durations.

So, what about those getting less or striving for more sleep (such as the much noted 8 hour sweet spot) than the researchers found ideal? Data revealed excessive or insufficient sleep beyond the crucial seven-hour mark impacted problem solving skills, visual attention, and memory among study participants.

Barbara Sahakian, a co-author of the study and a professor in the Department of Psychiatry at the University of Cambridge explains the research supports the importance of sleep especially as humans age.

“Finding ways to improve sleep for older people could be crucial to helping them maintain good mental health and wellbeing and avoiding cognitive decline,” Sahkian said.

“Particularly for patients with psychiatric disorders and dementia.”

The question now, why is sleep so critical for brain health? Researchers say data exposes one clue, and it involves the buildup of the protein amyloid. Scientists believe the presence of this protein can cause disruption in brain ‘wiring’ which is often distinctive in dementia. Statistics from Alzheimer’s Disease International reveal worldwide, a person develops dementia every three seconds. The organization says as of 2020, there were more than 55 million people living with dementia across the globe.

In addition to amyloid, the study reveals study participants receiving outside of the optimal hours of sleep, could have a difficult time clearing their brains of toxins.

So, as you prepare for bed remember, every night of sleep can impact your brain and cognitive abilities both now and in the future. Don’t let that keep you up, though.