Professors at Baylor University recently gave students bonus points on their final exams in exchange for meeting a sleep quota and the results show that good sleep leads to good grades.

The initiative was led by Dr. Michael Scullin (Director of Baylor’s Sleep Neuroscience and Cognition Laboratory) and Assistant Professor of Interior Design Elise King, who offered psychology and interior design majors extra credit during finals weeks if they averaged at least eight hours of sleep a night for five consecutive nights. At the study’s conclusion, professors reported that students who met the sleep challenge received higher grades across the board — even before factoring in the extra credit.

I reached out to Dr. Scullin to learn more about this apparent link between sleep and academic performance, and he told me that he’s been encouraging students to prioritize sleep health for years:

In 2016, I was teaching a class on sleep. My students were really engaged with the materials of the course, but when I asked about their sleep, I found they weren’t making many positive changes. Finals week was approaching, and students were talking about pulling all-nighters. So, I wanted to introduce an incentive that would encourage them to change their sleep behaviors for better health and cognition. 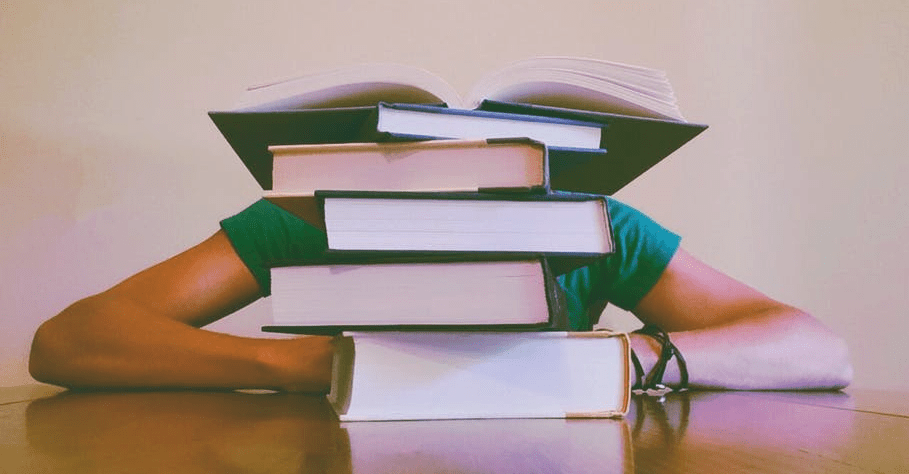 Since 2016, Scullin tested this sleep challenge on three separate occasions, though the most recent one saw the biggest turnout of student participants. Not all students agreed to the challenge, but those who did were given wristband sleep monitoring devices to wear over a five day period to ensure the proper benchmark was met.

The psychology students were given some sleep tips regarding proper slumber habits (particularly about keeping their beds a phone-free zone), while the interior design students were not. Nevertheless, both groups achieved higher scores when they met or exceeded the recommended dose of dozing.

“Sleep is relevant to every aspect of health and the human experience,” said Scullin. “Life gets much harder when you’re sleep deprived. You’re sick more often, you’re more irritable, and it’s difficult to concentrate and learn.”

A year prior to Baylor’s eight-hour sleep challenge, Dr. Scullin and Professor King teamed up to conduct a slightly smaller sleep study exclusively involving interior design students. What they found was that those students who pulled all-nighters received lower grades on their final class projects than their well-rested peers.

According to Scullin and King, these studies point to one glaring conclusion: Healthy sleep habits are not a “maybe” — they are a “must.”

“The National Sleep Foundation just conducted a poll that found that only 10% of adults prioritize sleep, and that needs to change,” explained Scullin. “Researchers and educators need to think outside the box to change our culture of sleep deprivation in college and beyond.”

Baylor University professors aren’t the only researchers examining the link between sleep health and academic performance. Earlier this year, the University of St. Thomas published a study suggesting that poor sleep habits were not only contributing to lower student GPAs, but the effects of sleep deprivation were comparable to binge-drinking. Even beyond grades, inconsistent sleep patterns have been shown to be detrimental to general cognitive function, heart health, and emotional wellness.

THE INCENTIVE TO SLEEP

Dr. Scullin reminded me that many college students resign themselves to long nights of exam-cramming at the expense of a full night’s rest. He said that, unfortunately, the myriad scientific studies pointing to the negative consequences of poor sleep are often not quite enough to incentivize students to prioritize healthy habits. So, how do you get undergrads to put down the books and go to sleep?

Well, one way to urge students to prioritize proper slumber is by establishing the connection between good Zzz’s and good grades. Scullin asserted that because the results of the 8-hour challenge unanimously indicated a positive correlation between good sleep and academic performance, students might be ready to permanently improve their sleep hygiene.

“By incentivizing sleep,” said Scullin, “educators could potentially reverse the proportion of students meeting minimum sleep recommendations from fewer than 15% up to 90%.”

As more sleep research around college students continues to emerge, we at Sleepopolis have seen an uptick in Universities’ call to action. Even Harvard University has implemented a mandatory Sleep 101 class for all incoming freshmen. Perhaps this is a sign that sleep health will steadily become more integrated into mainstream academic curriculum.