A new study suggests that infants who are introduced to solid foods at an early age might develop healthier sleep habits as they grow older.

The research was conducted by a UK-based team led by pediatric allergy specialist Dr. Gideon Lack. While the original focus was on allergy development in infants, the team decided to explore the relationship between diet and sleep instead. To do this, they enlisted 1,300 3-month-olds whose mother had been exclusively breastfeeding prior to the study. The mothers were then separated into two groups, one who continued to breastfeed until their kids turned 6 months and the other who began to introduce solid foods to supplement breast milk.

According to the World Health Organization, infants should be breastfed for the first 6 months of their lives. However, Dr. Lack’s study found that introducing solid foods to 3-month-old infants actually served to “decrease serious sleep problems,” suggesting swapping out breast milk could help infants develop healthier sleep habits into adolescence. None of the subjects had been diagnosed with sleep disorders, but Lack said that participants reported “small but significant improvements.” 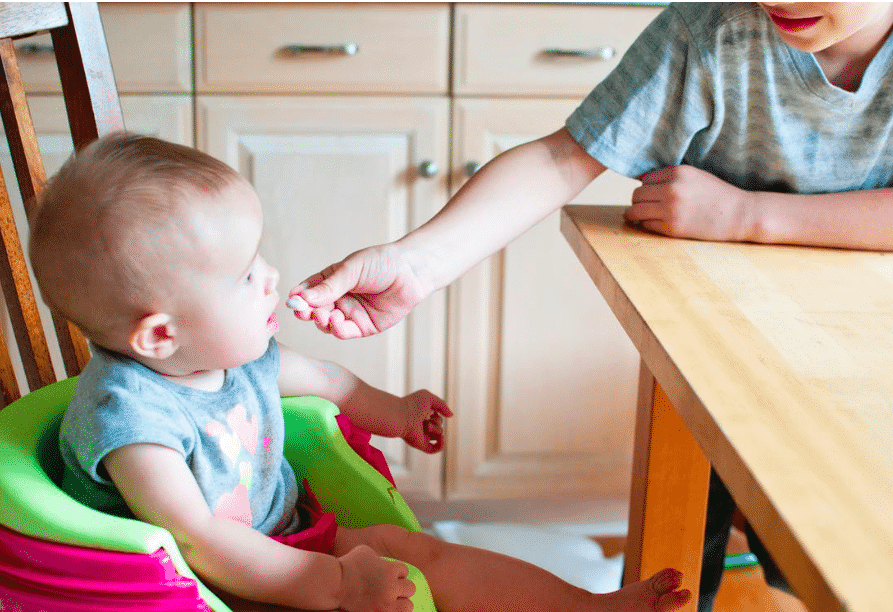 Note: The content on Sleepopolis is meant to be informative in nature, but shouldn’t be taken as medical advice or take the place of medical advice from a trained professional. If you feel you or your child may be suffering from any sleep disorder or medical condition, please see a healthcare provider.

Topics of proper childcare are often hotly debated subjects, so to get another perspective on this study, I spoke to infant sleep expert Dr. Kristin Tully who is a Research Associate at Carolina Global Breastfeeding Institute. She told me that this study “contrasts with what’s globally known to be optimal infant feeding” and that such research should “never have been conducted.”

“The study is striking and concerning,” she continued, “I’m surprised they received institutional approval to conduct this research starting at 3-months-old. We should be protecting vulnerable populations — especially new mothers and infants. This means a balancing of the whole family’s health, not going against what’s normal for our species.” 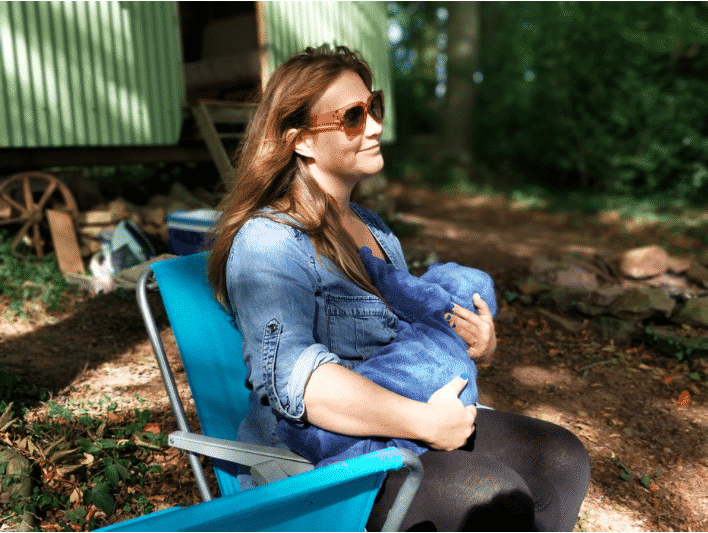 Over the course of the study, researchers collected data on the infants every month for one year and then every three months until the test subjects were 3 years old. Initially, there were not many changes to the infants’ sleep habits reported; but around the 5 month mark, babies who were introduced to the solid foods showed a sleep increase of about 2 hours per week as well as fewer nighttime wakings. There was no recorded change to daytime sleeping, however the study showed that infants slept longer through the night.

When it comes to sleep, some experts have suggested that the quality of your sleep is just as important as how much you get. Dr. Tully told me that the most “concerning” thing about Dr. Lack’s study is “the expectation that more prolonged and consolidated infant sleep is better.” She explained that while interest in a study like this is “understandable and expected,” it “dilutes” the validity of the science and confuses the public.

According to Lack, however, the test group of infants introduced to solids showed “improvements in sleep” even after they stopped participating in the study. He stated that he and his fellow investigators were surprised by this finding, and that it indicates that sleep patterns are “imprinted” very early on in life. He went on to say that while the study did show potential benefits of the introduction to solid food, it’s still “extremely important” for infants to be breastfed.

“Coping with infant and hopefully self care is difficult,” said Tully. “It can feel torturous, but it is normal. It just is that hard. We should have extensive support throughout the postpartum period, through multiple levels: family, friends, professionals, employers, and policies.”