A new pilot study discovered that a yoga and sleep education intervention improved sleep health among participants who identify as “low-income.” The study specifically looked at levels of improvement among sleep disturbance, sleep-related impairment, and sleep health behaviors.

During the six-week intervention, participants received one, one-hour group sleep health education session delivered by a sleep expert, one 15-minute telephone coaching session, and four weekly 1-hour yoga classes. There was 100 percent participation in the sleep education interventions, and 47.8 percent of participants attended at least two of four yoga classes. To measure potential improvements or deterioration of sleep quality, each participant completed standardized sleep and well-being assessments before and after the intervention.

The pilot took place in Boston. All participants lived in low-income housing communities, and the group had an average age of 41.4 years. 80.7 percent were female and 61.5 percent identified as non-Hispanic Black. Less than 20 percent had a college degree. Before the pilot, they all reported sleeping less than six hours per night.

The results uncovered significant sleep improvements after the intervention. On average, participants went from 5.3 hours of sleep per night to 7.2 hours. Additional improvements in sleep-related impairment and sleep disturbances were found. Researchers also collected qualitative data and reported that 63.2 percent “strongly agreed” the yoga class left them feeling relaxed and less stressed. 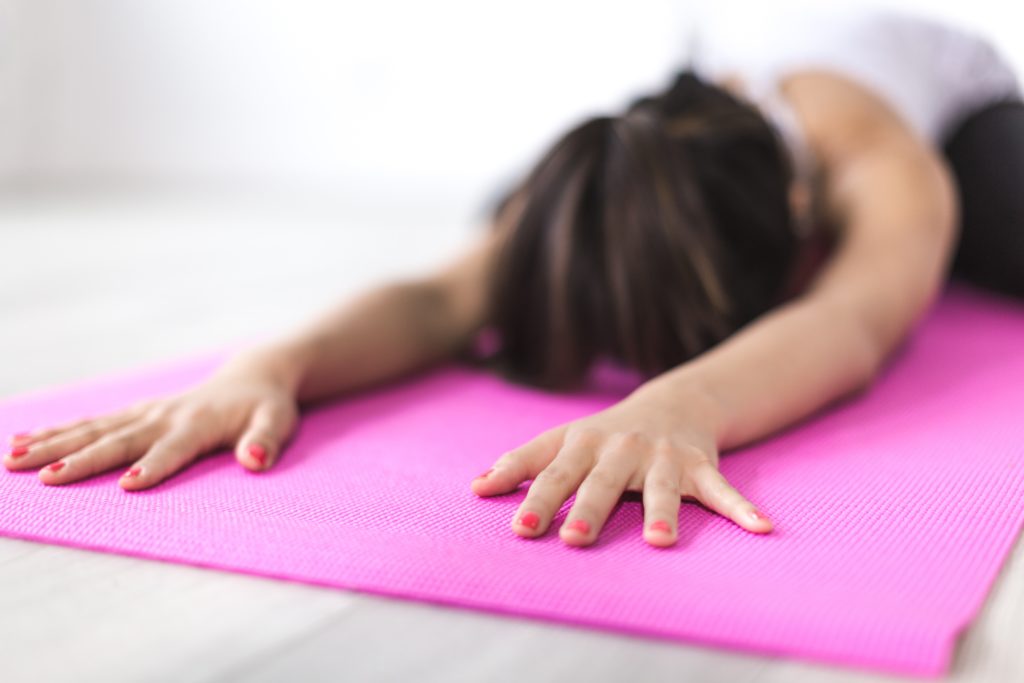 This study focused on low-income communities because inadequate sleep and its consequences are an unfortunate reality among the socioeconomically disadvantaged and racial/ethnic minority communities. This is typically due to harsh environmental conditions and stress. While studies have already supported the use of sleep techniques and yoga to improve sleep, there has yet to be a study that tests how successful specific interventions are in order to effectively deliver support to underrepresented people.

Also Check Out These Yoga Poses to Do Before Bed

I spoke with study author Christine Spadola, Ph.D., a postdoctoral fellow at both Harvard Medical School and Brigham and Women’s Hospital in Boston, Massachusetts over email. She expressed the most encouraging part of these results:

The most encouraging findings from our study were the improvements we saw in sleep and sleep health behaviors. Self-reported sleep duration increased from 5.2 hours before the program to 7.1 hours after the sleep health and yoga program. Also scores on validated, subjective assessments of sleep continuity, daytime sleep related-impairment, and sleep health behaviors significantly improved from pre to post-program.While these results need to be interpreted cautiously as this is only a pilot study with no control arm, we find them to be very encouraging. Additionally, our qualitative interviews support that participants received health benefits from the program.

Spadola brings up an important point: there was no control group. Without a control, things can get a bit grey, since there is no way to compare one group who receives a specific intervention with another who does not. However, this is not uncommon for pilot studies, and Spadola explained that a larger, randomized control trial is already underway:

Soon we plan on studying scalability and implementation of our sleep health/ yoga intervention to other low-income housing communities, and potentially community health centers. Our overarching goal is to develop feasible, scalable interventions for underserved populations to help narrow health disparities.

Yoga is a mind-body practice that combines physical poses, controlled breathing, and relaxation techniques. There’s evidence that shows yoga can reduce anxiety and lower blood pressure and heart rate, all things that could help make it easier to sleep well at night.

Still, yoga is an expensive practice, with a typical drop-in-class costing an upwards of $20 or more. If this intervention continues to hold strong results, it will be interesting to see how public or other sources of funding can support the activity — and that’s not even taking into account the sleep education piece of this intervention.

As most research goes, it might take years before one pilot study could turn into actual societal interventions found in everyday life. Still, with a current U.S. poverty rate of 12.7 percent, it’s important that scientists are researching and testing new approaches to improve sleep of this segment of the population.