America’s Next Top Model star Tyra Banks recently opened up about her preference for co-sleeping, adding yet another voice to the debate over the contentious parenting method.

Banks, mother to two-year-old son York, discussed the topic with US Weekly at the ANTM mobile game launch in Hollywood earlier this week, acknowledging both her predilection for the nighttime habit and the vitriol that sometimes surrounds it.

“Everybody’s like, ‘Don’t do that!’” she explained, “[but I always think] about the wild. Does a black bird say, ‘Go over there, three trees over and go to sleep.’ Or does the big mama pig say, ‘Go there to that mess and go to sleep?’ No. They sleep with their mama. So we sleep together.”

“I get home and get into bed,” she concluded. “He gets his sippy cup and his little security blanket and it’s just our time.”

This is the Happiest Valentine's Day of my life. York, Daddy, and I send you so much love.

The 44-year-old businesswoman is just the latest parent to express either complete love or complete disdain for co-sleeping, the practice of babies or young children sleeping in close proximity to one or both parents as opposed to in separate rooms. Bed-sharing, which sounds like what Banks is actually doing, is a subset of co-sleeping that involves children sleeping in the same bed as their parents.

While co-sleeping is having a moment in our collective conscious, the method has been around for millennia, with parents around the globe sharing beds with their kids well into childhood. For most of these families, it was a practical decision, either to help keep everybody warm or because of limited space in the home. Only in the 19th century, thanks to Industrial Revolution-era modernization in the West, did the idea of separate rooms come into vogue.

Fast forward into the 21st century and a certain parenting set—focused mainly in the United States—has come to view co-sleeping as the only “natural” way for kids to get shut-eye. As Banks points out, the idea is that since humans are animals and animals sleep with their young, it makes sense that we too would slumber with our own kids. 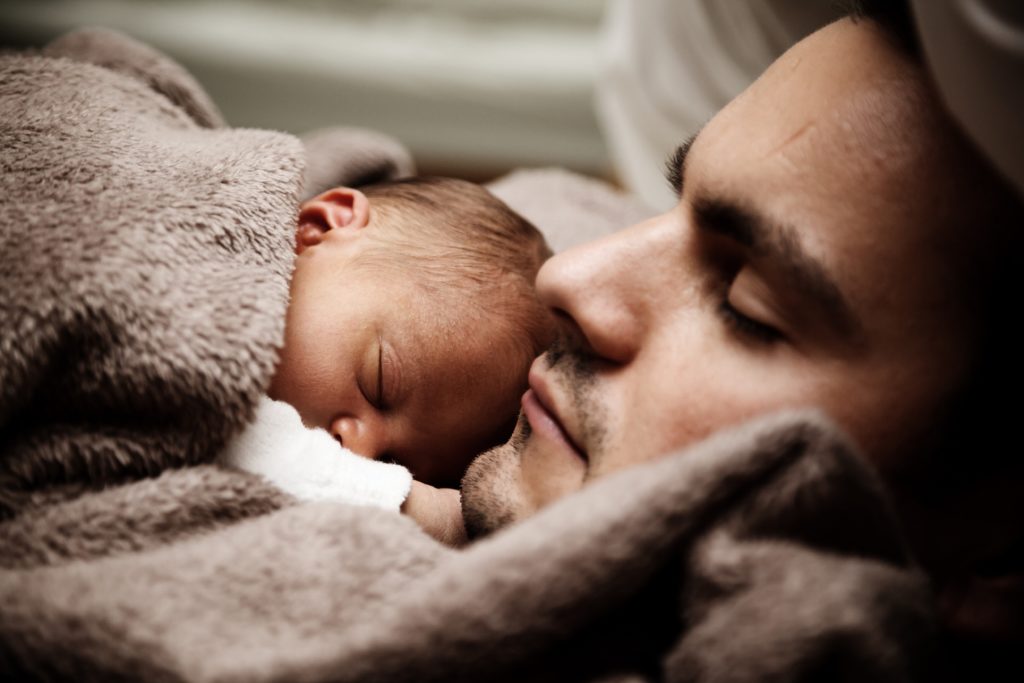 As with any personal habit, there are strong voices on both sides of the conversation. Advocates laud co-sleeping as one of the best ways for parents to establish healthy attachment and bonding with their young, saying that isolating newborns in their own rooms is antithetical to their needs.

“Babies will never accept nor respond to the memo that says they should sleep alone,” explained leading co-sleeping expert Dr. James McKenna to the Huffington Post. “The solitary infant sleep environment represents a neurobiological crisis for the human newborn as this micro-environment is ecologically invalid for meeting the fundamental needs of human infants.”

On the other hand, there have been many studies published suggesting that co-sleeping might very well be harmful. Not only can it cause strain between parents and their kids, but it can in some cases lead to impaired mental health. The American Academy of Pediatrics even stepped into the fray, discouraging bed-sharing due to the increased risk of SIDS (Sudden Infant Death Syndrome), recommending instead “that infants sleep in the parents’ room, close to the parents’ bed, but on a separate surface designed for infants.”

At the end of the day, how you and your brood sleep is 100% up to you. As Penn State researcher Doug Teti put it to the New York Times: “Co-sleeping is simply a practice, just like solitary sleep is a practice. It is important for parents to be on the same page about whatever practices with their children they choose to put into effect.”