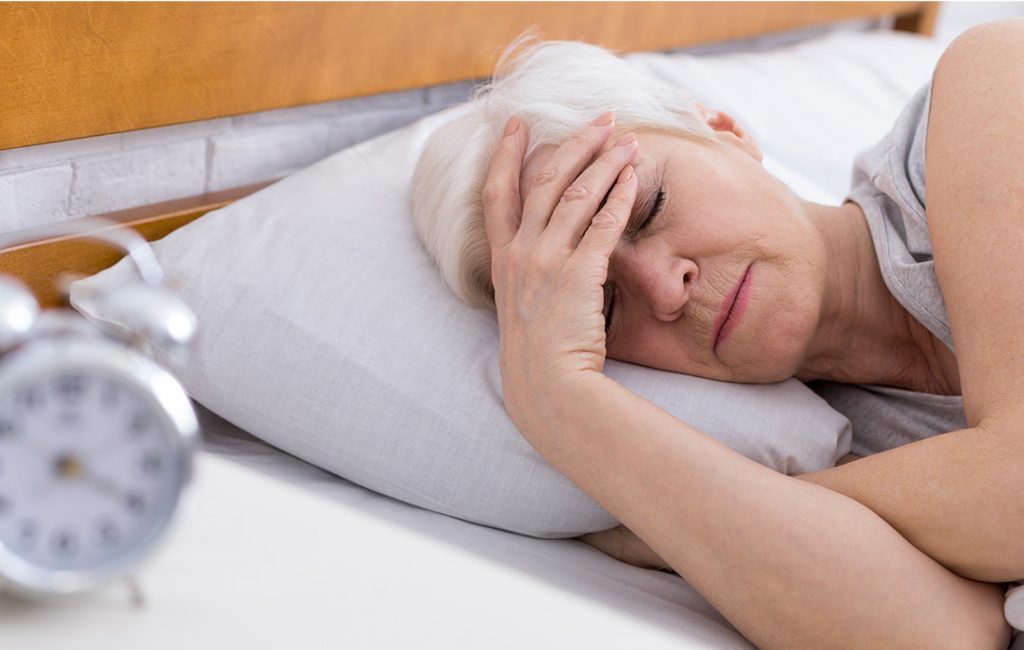 New research shows that sleep problems can present years before cognitive impairment, ultimately making it a useful biomarker for early detection, intervention, and prevention. While brain wave disruption, brain inflammation, and sleep disturbances have been connected with Alzheimer’s, this is the first study to link these three independent factors.

The study, conducted by a multisite research team from the University of California, Irvine, the University of Wisconsin-Madison, and Wake Forest University and published in the journal of Sleep, examined what, if any, effect brain inflammation has on a specific group of brain waves called fast sleep spindles (the brain waves known to promote long-term memory retention). All of the participants (58 cognitively healthy adults in their 50s and 60s) had either a parental history of Alzheimer’s or a genetic risk factor for it, but notably, none of them had beta-amyloid plaques or neurofibrillary tau tangles, two known hallmarks of the disease.

Ultimately, the study found that activation of two types of glial cells (the brain’s immune cells that trigger inflammation), microglia and astrocytes, was associated with the disrupted expression of fast sleep spindles. Moreover, these relationships were present in participants who showed no prior accumulation of beta-amyloid plaques or neurofibrillary tangles. These findings may ultimately indicate that sleep deficits and inflammation could now be regarded as early warning signs of Alzheimer’s disease.

Bryce Mander, Ph.D., University of California, Irvine assistant professor of psychiatry & human behavior and the study’s lead and co-corresponding author, told Science Daily, “Our findings indicate that age-related increases in brain inflammation have a downstream effect on Alzheimer’s disease-related tau proteins and neuronal synaptic integrity. This results in deficits in the brain’s capacity to generate fast sleep spindles, which contribute to age-related memory impairment in older adults. Discovering these mechanisms is an important step in identifying at-risk individuals as early as possible and developing targeted interventions.”

Dr. Ruth Benca, a co-author of the study and professor and chair of psychiatry & human behavior at the Wake Forest School of Medicine, told Nation World News,

“These findings show that the effects of brain inflammation on sleep and memory spindles occur through its effects on neuronal activity and proteins associated with Alzheimer’s disease and are evident even before pathological positivity. This offers a promising therapeutic target for halting cognitive decline associated with aging and Alzheimer’s.”