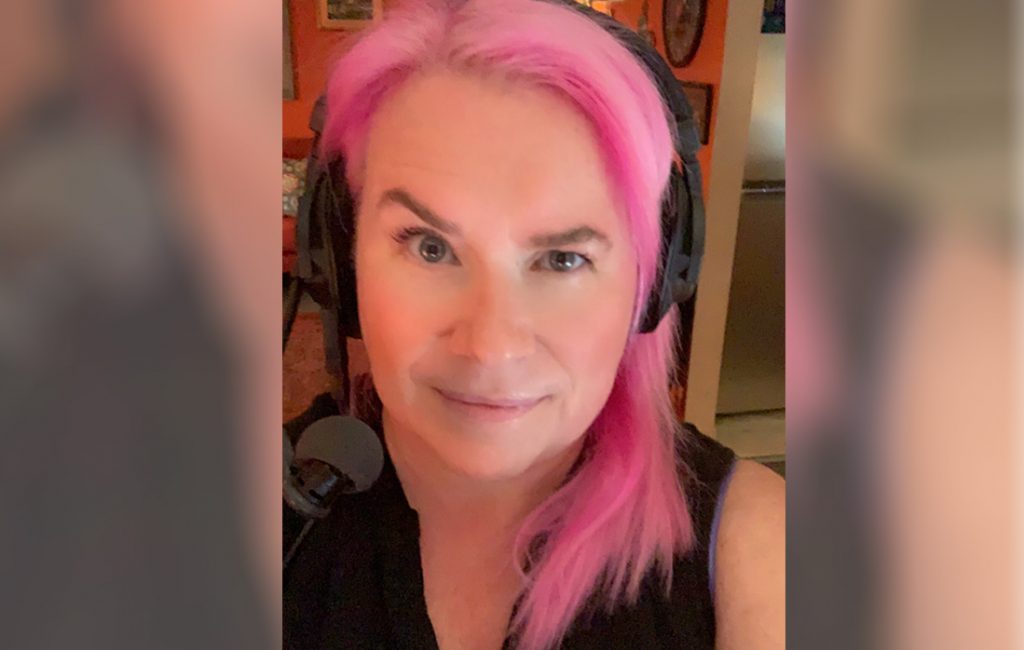 Julie Mason is the host of Julie Mason Mornings on SiriusXM’s POTUS channel 124, weekdays from 6 to 9 a.m. ET.

She also hosts filmmakers including Alex Gibney and Michael Kirk, artists Henry Rollins, John Doe and Robin Bell, and entertainers including the cast of Veep, plus authors, comedians, and journalists.

Sunday: The worst. On weekdays I have to get up at 4 a.m. for work. If you knew me, you’d know how out of character this is. I find it unnatural. My schedule requires an 8 p.m. bedtime.

I am a radio talk show host for SiriusXM and about 18 months ago I moved from an  afternoon show to bright and chipper early mornings. I think my boss was more  surprised than I was that I said yes. It’s a total lifestyle change, and completely changed my relationship to sleep.

I used to think nothing really good happened early in the morning. The hours before 9 a.m. are for court appearances, SATs, major surgery — nothing anyone  really wants.

The unofficial start of the news day in Washington, DC is 10 a.m., and that always suited me just fine. It actually felt a little rushed, if I am being honest.

Going to bed at 8 p.m. on Sunday makes me feel like I am being punished. It gets slightly easier as the week progresses. People think getting up at 4 a.m. to work is the hard part, but truly it’s the early bedtime that kills me.

I once asked an upright young man from the US Marine Corps, who I knew was not a morning person, how he managed his schedule. He said it takes 21 days to establish a habit, and after that it comes naturally.

That’s nice, and also true. But just to be sure I use a sleep hormone and an edible  to nod off. I tried melatonin, but it made me too groggy in the morning. If I drink during the day, I have to stop by 4 p.m. And yes, there is an alarm on my phone for that.

I need to be really rested to do this work. My show is 6 to 9 a.m., and I use the preceding two hours to guzzle coffee, eat food, and consume quantities of news. Luckily, I still get to broadcast from home, but I really miss the studio and the producers for my show.

The schedule precludes dinners with friends, gatherings after work, all receptions and events and anything that happens after dark, for at least half the year. My nightly yawning commences at 7 p.m.

But I do it because I love it. The work is fun, challenging, and deeply satisfying. I spent 10 years covering the White House for various newspapers, and I have been a journalist for nearly 35 years. It’s pretty great.

Monday: I woke up tired and uncommonly grouchy. I glumly gnaw an everything bagel with cream cheese and butter and swill two oversized mugs of coffee (Cafe Najjar from Lebanon — it’s flavored with cardamom! I buy it in bulk from Amazon).

I have found that bribing myself with nice things makes this work schedule more bearable — even enjoyable. (The coffee is a good start.)

To improve my overall attitude about having to become a get-it-done morning  person, I bought a new bed frame and headboard, all covered in forest green velvet. It’s sturdy and luxurious.

One of the advertisers on my show is Helix mattresses, so I got one of those — insanely comfortable and supportive (objective opinion) and I started spending a  lot more money on sheets. No more Bed, Bath and Beyonce sheet sets — these days it’s all airy linen and delicious cotton from Parachute. Very worth the splurge.

If I must go to bed like a teenager who has been grounded, I should at least relish the sensation of getting into bed. And now I do. I also wash my sheets more often and I have an array of sprays and oils and things to make them smell like the piñon trees in Santa Fe, or lavender.

A typical, three-hour show for me includes interviews with about 12 guests. On Monday, I talked to an expert on Nicaragua about the unrest there, a science writer joined me to talk about the Webb Space Telescope, and a former federal prosecutor came on to discuss the search warrant fallout from Mar-a-Lago.

My at-home “studio” is a comfy oversized chair in a big, bay window in my living room. SiriusXM installed super high-speed internet so I can broadcast remotely. I connect with the studio in DC, which connects to guests over the phone or zoom. It works pretty well; listeners say they can’t tell the difference from the real studio.

Tuesday: Have I mentioned blackout curtains? My bedroom is fashioned like a dark, cool sleeping cave. I painted the room a calming, matte aubergine, and my  hideous blackout curtains are layered over and disguised with vintage Indian saris.

A Russian I dated briefly scorned my sari curtains as “gross old dresses,” but I feel  that shows a lack of imagination.

I have only one, small bedside lamp. The chamber is at all times dim, even solemn. This really contributes to good sleep and I recommend it. I tried to take a picture  of my sleep den for you but it looks like an ink blot. I’m posting it anyway.

My bedroom has two windows…but I never bother with them. I’ve gotten a little superstitious about light in the bedroom. Dark and cool is most conducive to sleep and since it’s still nighttime when I wake up, there is no natural light to greet me, anyway.

I take to heart admonishments from the New York Times and elsewhere never to keep a phone next to my bed nor even have it charging in the bedroom. I am sure it makes a difference, although I have completely forgotten the scientific rationale.

I also eschew having a TV in the bedroom. I have friends who can’t fall asleep without one. I think it contributes to bad sleep, weird dreams, and electronic dependency. I don’t need CNN in my ear when it’s time to sleep.

Wednesday: I’m starting to feel caught up on sleep. I always feel somewhat  inarticulate on Mondays and Tuesdays, but by Wednesday I am no longer asking  myself if “retainment” is an actual word (it is) or making mistakes on the air.

The central AC in my ancient townhouse apartment doesn’t reach the bedroom, so I have two fans on at all times. They make a huge difference in the warmer months  and help with sleep quality. It’s also good white noise, since I live on a medium busy street.

My favorite K-pop band, BTS, always has air purifiers on wherever they live and work so I keep one on in my room, as well. My Australian cattle dog, Diego, insists on sleeping on the bed and I find his presence soothing.

Thursday: I used to not be a “breakfast person.” Coffee, probably newsroom coffee, with powdered creamer, that was standard. Now? In the new paradigm? I am a breakfast champ.

I started out on the new schedule with the Lebanese coffee, then I worked in some virtuous, nutritious smoothies with fresh fruit and yogurt. That was okay. It gave me good energy to get through two hours of prep and a three-hour show.

But now I like to go big. Huevos rancheros are a morning standard, or breakfast tacos. I have a deep fondness for breakfast sausage, and I like hash browns with loads of onion powder. Black beans also make a regular appearance at breakfast.

I cook it all myself and the goal is to combine enough protein and things I need to get my work done, with the pleasure-seeking ingredients that will actually motivate me to turn on the stove. Hello, sausage.

Friday: My partner sleeps over a lot and he likes to stay up really, really late. I usually know it’s time to get up because he is slinking into bed. I don’t mind being on weird unmatched schedules, because it means we both get sufficient alone time. It works.

I often hope the partially-overheard bits of my show he catches as he falls asleep give him really strange dreams. My show is politics and current events, so of course he should wake up wondering why he dreamt about Chris Christie, or Kim Jong-Un. I dream about them all the time.

On weekdays, I observe every sunrise. I wish I could tell you it is glorious and  inspiring, but honestly it’s generally dullish and even foreboding. Edward Gorey called it, “the grey horror of dawn.” He wasn’t wrong.

All this, and yet I find it really helps to be cheerful in the morning, for my work. Who wants to listen to a crabby morning show host?

Some listeners who migrated from the old, afternoon show complained that I was too happy-sounding in the morning, and they preferred the sarcasm and end-of the-workday, screw-this attitude of the later time slot.

Too bad! I am very full of breakfast sausage and too bursting with the day’s news to be gloomy. And by Friday I am usually fully caught up on my sleep and actually feel like my brain cylinders are firing.

My weekend starts at 9 a.m. on Friday when I sign off the air. Trying to stay up late on the weekends? Good luck. Sometimes I can power through it, do something late-ish. But in truth – this job has made me a morning person.

Before joining SiriusXM, Julie was a White House reporter at POLITICO, the Washington Examiner and the Houston Chronicle.

Julie is a former elected board member of the White House Correspondents Association and appears on CNN, FOX News, MSNBC, NPR and more.