Well, this company is no stranger to sleep tracking. Founded in 2016, SleepScore Labs curates sleep products and smartphone apps specifically designed to monitor and enhance the quality of one’s bedtime routine. Now, SleepScore has formulated a tracking program for its own employees.

Here’s how it works: for every night an employee tracks their sleep using the SleepScore Premium app, one dollar is added to their paycheck. Additionally, when the SleepScore team reaches 90% participation in the program, all employees are rewarded with a shorter workday every Friday.

To understand the inspiration behind this program, I spoke with the SleepScore scientists themselves. In a group interview, they told me that the Sleep For Success campaign is a way for the company to “practice what they preach”:

We are a sleep company that’s determined to change the world by changing the way we sleep, and we wanted the focus of that mission to start in our own office. By offering rewards, we’re incentivizing employees to make sleep a priority. We’re only a month into the program, and staff from every department are excited to earn money while using the very app they helped build.

The SleepScore scientists went on to tell me that this campaign will continue through the end of 2019, and special prizes for “Most Improved Sleeper” and “Highest Average Sleep Score” will be awarded along the way.

The Business of Incentivized Sleep

So, aside from encouraging employees to test their own app, why would SleepScore Labs pay its team to snooze? Well, studies have shown that better sleep often makes for happier, more productive workers, and SleepScore Labs is not the the first company to test this theory.

For example, athletic brand Nike and luxury car company Mercedes-Benz both offer “quiet rooms” wherein staff can unwind and take naps during a busy work day. In 2010, Google and Huffington Post kicked the “quiet room” perk up a notch by installing high-tech nap pods in their offices, which feature built-in music systems and timers to help workers drift in and out of sleep.

Perhaps most similar to the Sleep For Success program, healthcare company Aetna pays employees up to $300 a year for meeting certain sleep criteria (and has done so since 2016). And now, some companies are even getting consumers in on their sleep initiatives, with gaming giant Pokémon announcing plans for “Pokémon Sleep,” a new game that’ll track player slumber and offer extra points based on sleep quality. 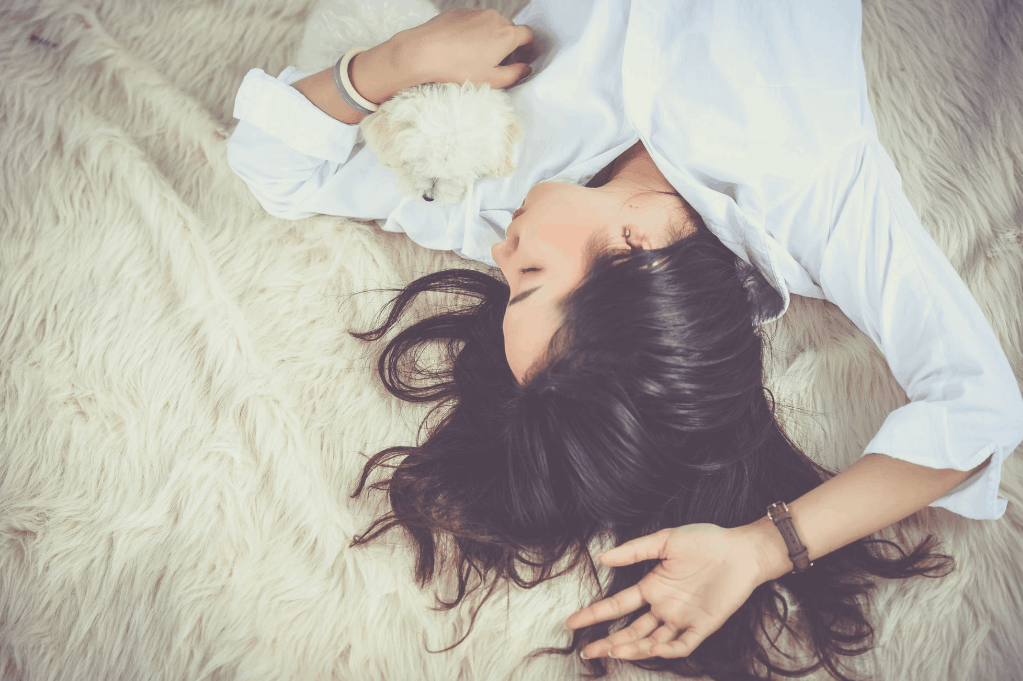 With all these businesses coming up with innovative ways to emphasize sleep health, one can’t help but wonder — why do we need an incentive to rest? To gain deeper insight, I spoke with Mary Helen Rogers of the Better Sleep Council. Established in 1978, the BSC has been educating the public on health and wellness for decades, and Rogers told me that societal conditioning is a big part of why many of us put sleep on the back burner.

The CDC recently declared insufficient sleep a public health epidemic in the U.S. How did we get here? Well, society has perpetuated the idea that workers need to “push through” their exhaustion, and taking a nap is taking advantage of company time. We need to create a change in that attitude because the truth is, sleep loss is devastating to general wellness and the global economy.

So, the question becomes: do sleep-forward initiatives actually work? Well, when it comes to SleepScore Lab, officials told me that they already see improvements in staff performance and well-being. They said that, since Sleep For Success began, SleepScore Labs employees report feeling more energized, focused, and productive at work.

With seven months left to go, it’ll be interesting to see just how much SleepScore Labs’ Sleep For Success campaign will affect the company’s bottom line… and how many other companies will follow suit.