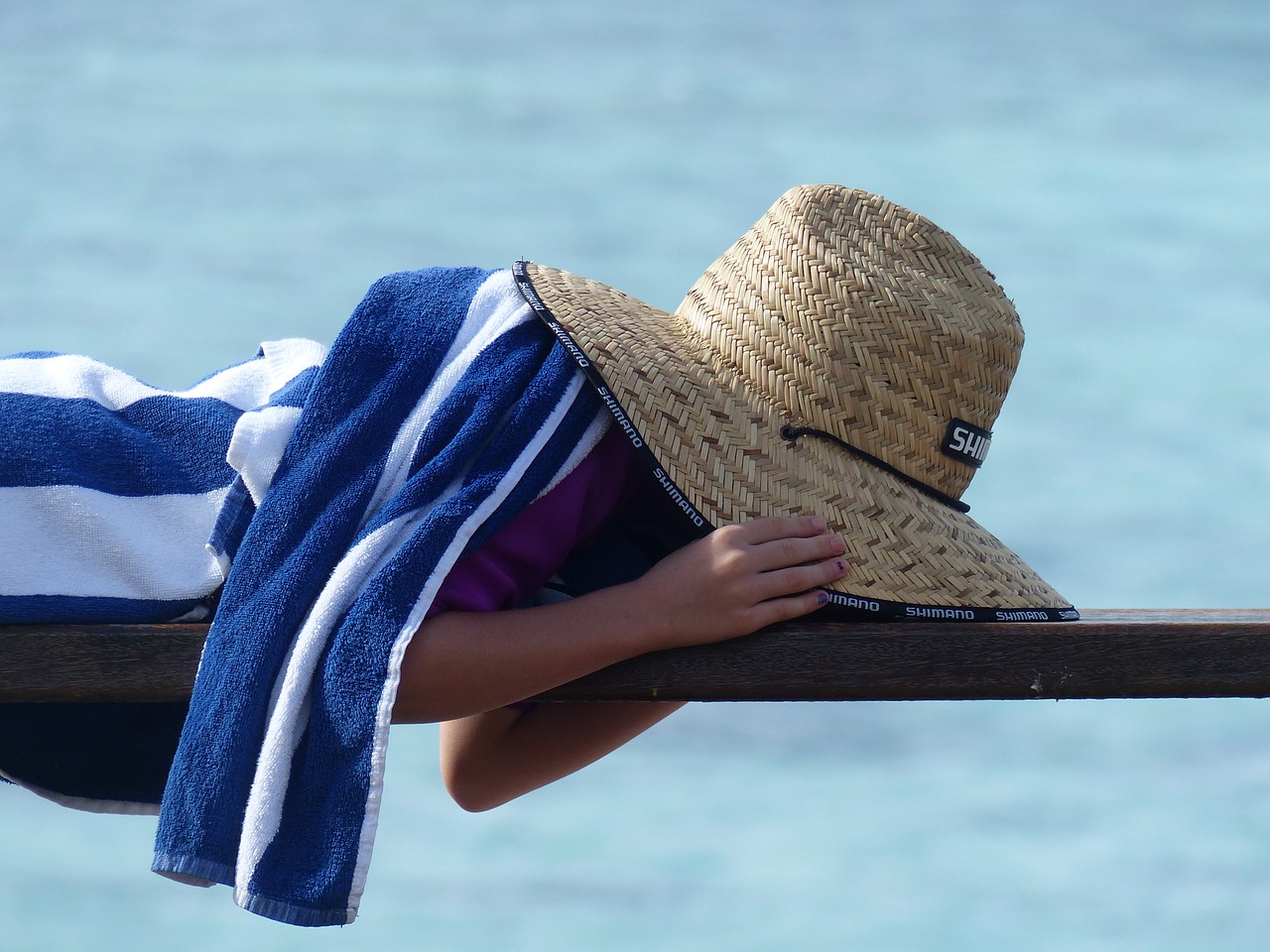 Picture this: Your bags are packed and you’re ready to go. You’re leaving on a jet plane and you don’t know when you’ll be back again. But for some reason, you hate to go… Okay, if you haven’t caught on by now, those words are from John Denver’s famous song “Leaving on a Jet Plane” – and are not my own. But after doing some research, I can’t help but wonder if maybe Denver “hated to go” because he was… tired?

Hear me out. If you’re finding yourself more inclined to nap on vacation rather than hit the sightseeing tour, you’re not alone. There are many others out there who also feel in need of a sleep vacation. Here are a number of reasons why this might be the case.

First, you’re likely playing catch-up with your sleep. If your job is particularly stressful, you may find yourself experiencing insomnia during the week. And if you’re often working late, you’re missing out on crucial hours of Zzzs your body desperately needs. The National Sleep Foundation’s 2019 Sleep in America Poll indicated that “Americans frequently depart from their usual bedtimes and wake-up times, and as things stand, less than half the public wakes up feeling extremely or very well-rested.” So naturally, when you’re away from the hustle and bustle of your role, your body is ready to refill and recharge its sleep bank.

If you’re not able to catch up, you might be feeling the effects of being in a totally new environment. Sleeping somewhere unfamiliar, like a hotel or Airbnb, could cause some travelers to be on edge, as they’re used to their cozy, safe bedroom at home. While this may subside, there’s a scientific term for this feeling – at least on the first night. It’s called the “first-night effect” and refers to how the left side of the brain is on high alert when sleeping in a new place for the first time.

Another big one is alcohol. More often than not, you’re taking a trip to relax and unwind. Having a couple of cocktails can surely help you do so, or so you think. Harvard Health Publishing says alcohol has a tendency to make you drowsy and act as a sedative, but it isn’t actually helping you sleep. They also note that alcohol may be the culprit for 10% of persistent insomnia cases. Alcohol not only makes you tired, but it can inhibit quality sleep. So, on vacation, it can create a vicious loop of exhaustion.

So Much To Do, So Little Time

Speaking of exhaustion, some vacations also include days jam-packed with activities, either pre-planned or happening on the fly. Packing in as many experiences as you can from sunrise to sunset is sure to make anyone crave a snooze.

You may be dozing off due to the sheer planning of the adventure on top of all your other responsibilities as well, which can cause you to feel ill. All that preparation can lead to something called “leisure sickness,” which was coined by Dutch psychologist and professor, Ad Vingerhoets. “When we take breaks from work (on weekends or in the first few days of vacation), some people complain of headaches, muscle aches, fatigue, nausea, and even colds or flu-like symptoms,” Vingerhoets told Condé Nast Traveler.

Getting in some exercise, meditating, and sleeping in can help curb this phenomenon. Keeping that alcohol consumption in check and putting some downtime in the schedule isn’t a bad idea either. If you’re about to leave for a trip, hopefully, this read offers some better insight on what and what not to do to keep your energy levels up. If you’re planning on taking some time off in the near future, send me a note at carley.prendergast@pillarfour.com and let me know if you find yourself experiencing any of these sleepy symptoms and how they affected your trip.