Cuddling Your Way to Better Health: The 5 Surprising Benefits 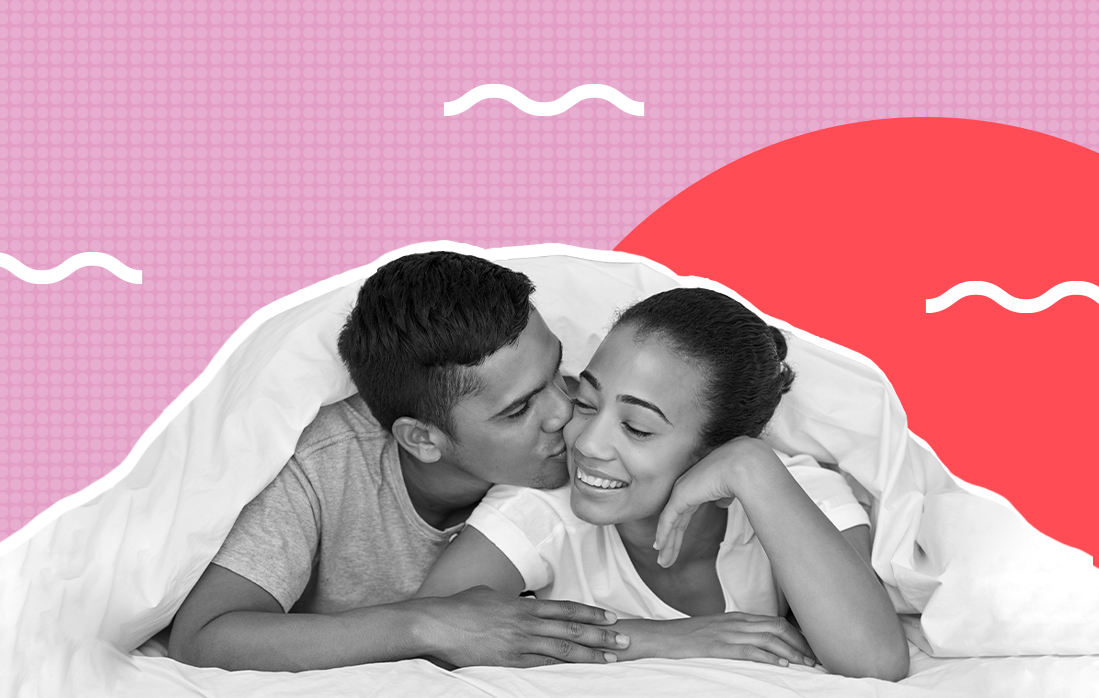 Many of us have our own opinions when it comes to cuddling and the dynamics that go with it. For example, when you’re cuddling on the couch or in bed, do you like a single arm from your partner around the shoulder? A bear hug wrap? A full body cradle? Maybe just one hand on your arm or leg? Or are you more of a “get on your own side of the couch/bed” type?

Some may seek the snuggling to feel secure, consoled, and supported (there’s a reason physical touch is considered one of the five primary love languages). Others may not want anyone in their space and could even feel uncomfortable by such an embrace. Look, I get it, cuddling can lead to numb limbs, pulled hair, and overheating. But putting your personal preferences aside, what if I told you medical experts have found a correlation between cuddling and your health? Let’s dive into the benefits below. 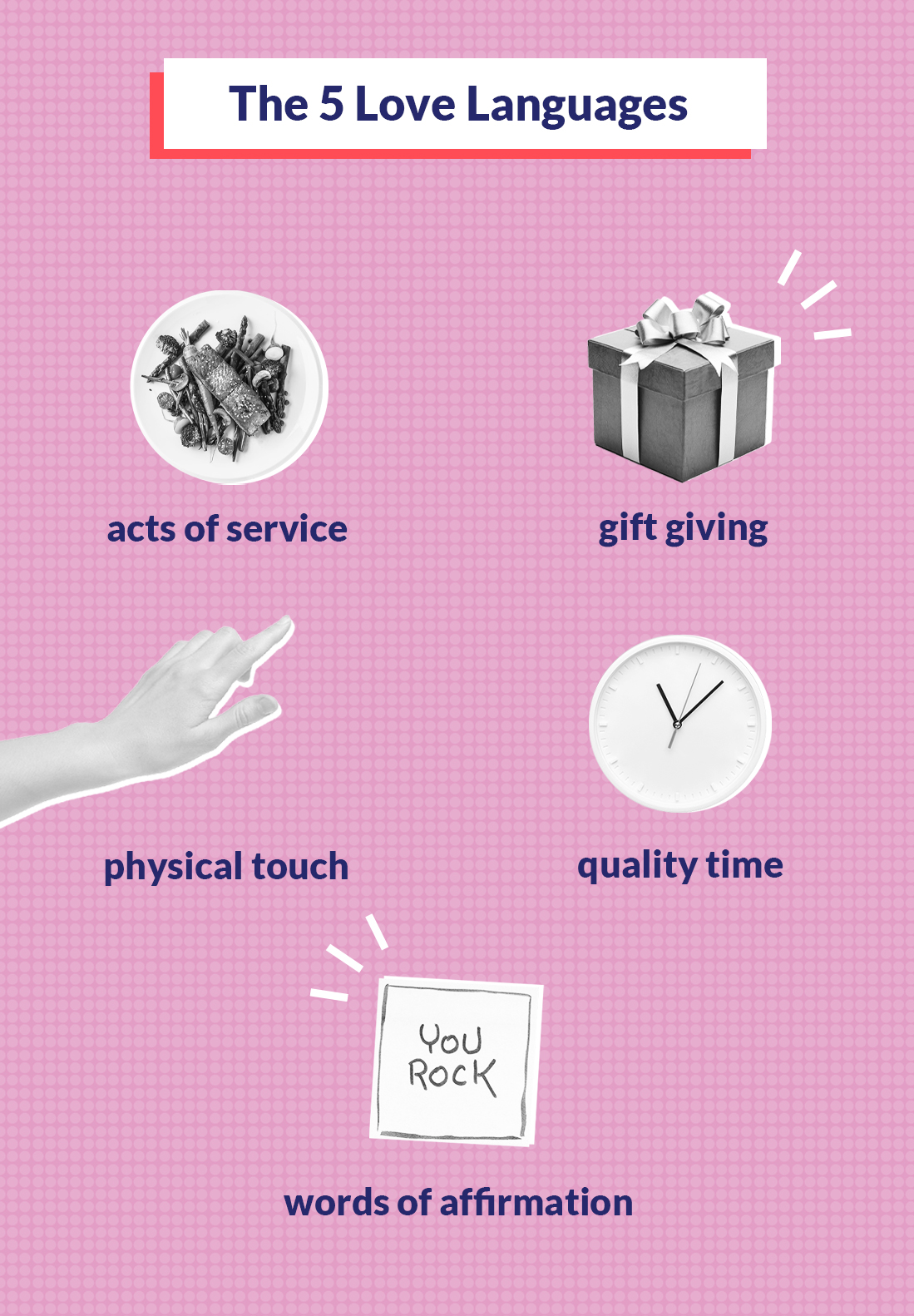 When humans touch, whether it’s cuddling, hugging, or holding hands, the body reacts on a chemical level. Oxytocin is one of the hormones your body releases.

Oxytocin specifically is known to cause what’s referred to as “maternal behavior,” meaning it helps drive feelings of love, trust, protectiveness, and bonding. The hormone’s often associated with pregnancy and labor, as it promotes a nurturing feeling in a mother. It’s also tied to affection in various ways. Experts found in one study oxytocin levels were higher in people who claimed to be currently falling in love than those who weren’t.

A study done by researchers at the University of North Carolina monitored dozens of premenopausal women before and after they received hugs from their partners. After having that contact with their partner, the women’s oxytocin levels were higher and their blood pressure lower. This showed the simple act of hugging or cuddling can be good for you mentally, putting you at ease. 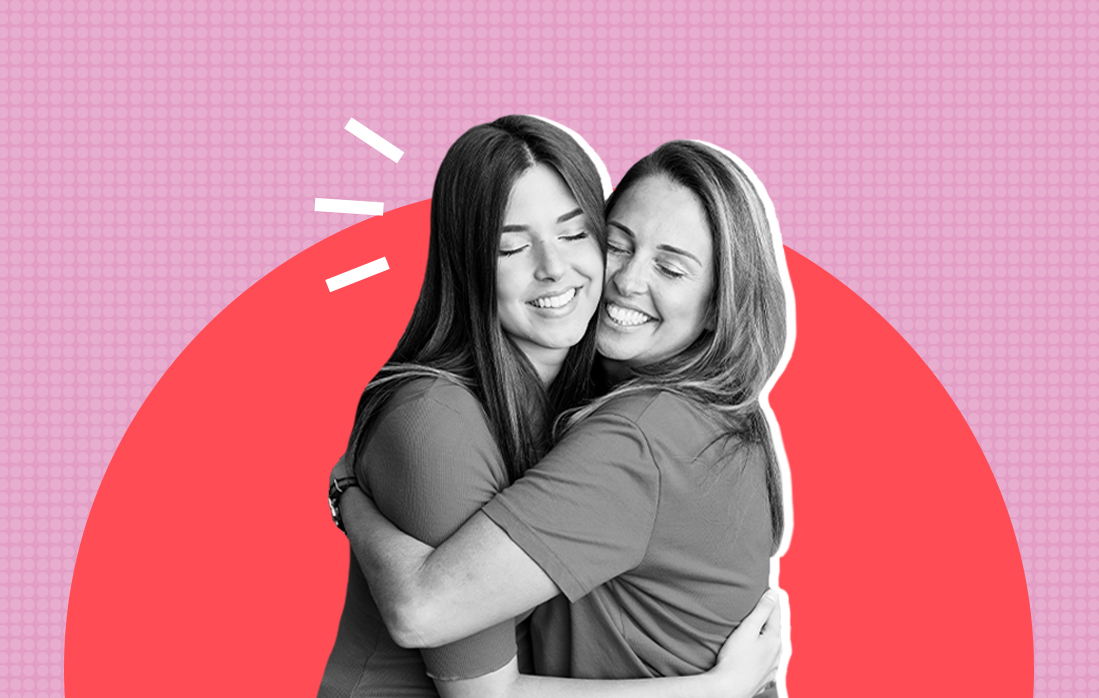 Experts also say dopamine is one of the chemicals that rises in your body when cuddling, snuggling, or hugging. Dopamine is commonly known as the “feel-good” hormone and can make people feel as though they’re on a natural high. Studies show dopamine often plays a direct role in controlling happiness and is one of the most important neurotransmitters involved in mood.

Serotonin, another “happy” brain chemical, is also said to rise when cuddling. Like dopamine, researchers describe serotonin as one of the most important neurotransmitters to affect people’s moods. When the brain releases serotonin, it brings on feelings of optimism, satisfaction, and happiness.

Doctors point to a reduction in serotonin as what’s behind many cases of depression. This is why most modern antidepressants work by boosting the amount of serotonin accessible to brain cells.

Doctors even suggest the physical benefits of cuddling can be a domino effect, leading to more and more health improvements in your life. Some research suggests the build up of these hormones and overall happiness can help you lose weight and fight off illnesses. Umm, hello, sign me up. 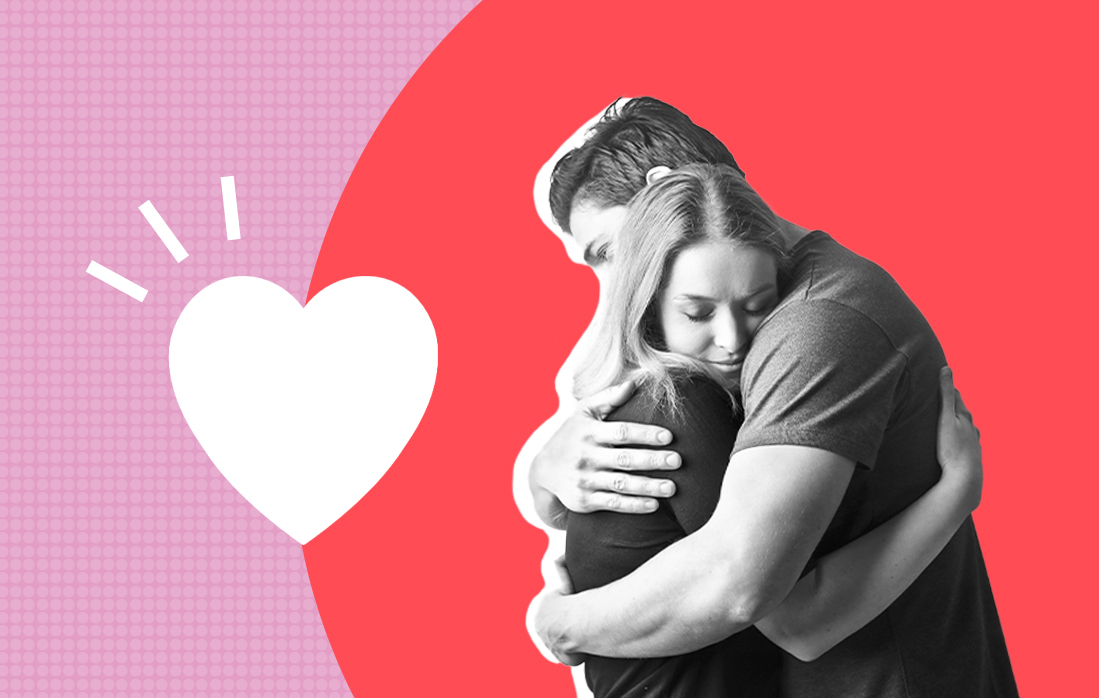 In fact, there are businesses in the U.S. where you can hire someone to come cuddle with you. I found several of them doing a quick search online. One, called Cuddle Comfort, says they have more than 230,000 members. Contrary to what could be many first impressions, the company’s premise isn’t rooted in romance or relationships. Instead, they’re focused on mental and physical health. The company says it started in 2011 “with the goal of bringing physical affection to more people without the romantic prerequisites.”

Cuddle Comfort’s website says, “Cuddling plays such an important role in our wellbeing – it’s a natural antidepressant, relieves anxiety and strengthens our immune system. The problem is that we’re not getting enough of it. You often need to be in a relationship first but that’s where we come in.”

People are so supportive of cuddling having positive effects on the body and mind, they’re willing to provide and/or pay for the service. Oh, and if you’re curious what the going rate for a “professional cuddler” is, the website says it’s $80 an hour. Who knew it could be such a lucrative business? 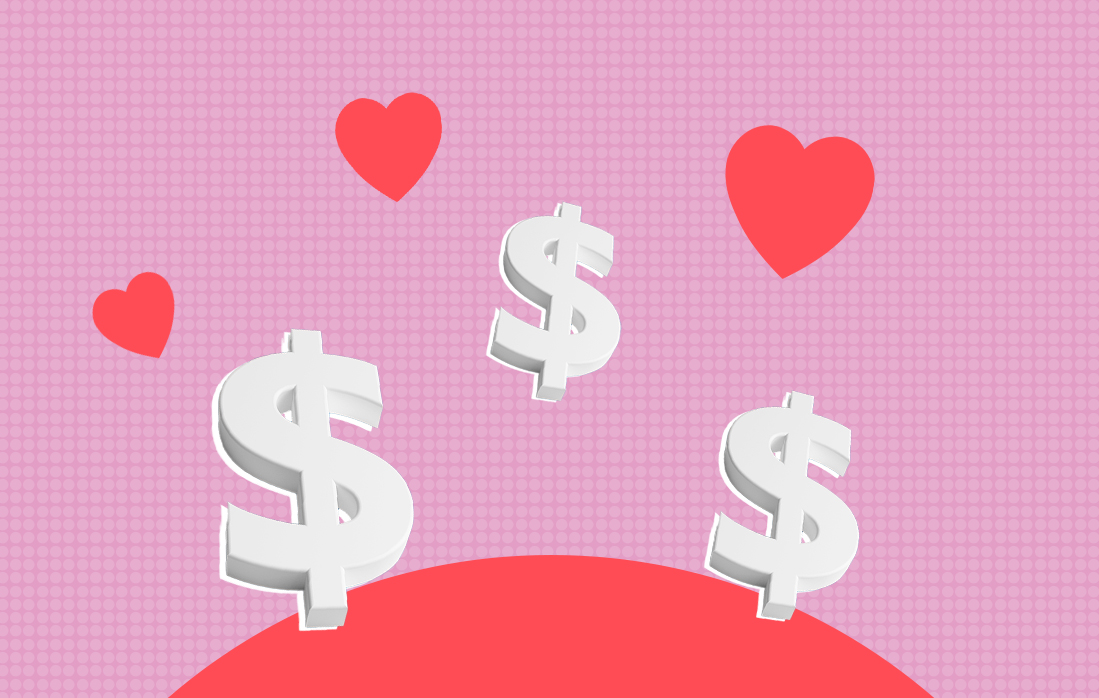 Cuddling isn’t said to only boost oxytocin and other “feel-good hormones” in adults, though. Doctors say cuddling with your children, especially within the first three months of being born, helps set the groundwork for:

Doctors say the first three months of a child’s life are like the “fourth trimester.” After being born, children are adapting to a completely new environment compared to the dark womb they came from. Cuddling helps imitate the womb environment by promoting feelings of safety and warmth.

Experts say this “fourth trimester” is a crucial time for bonding — which cuddling can play a big role in. The set foundation of bonding can lead to these other benefits later in your child’s life. Ultimately, snuggles can be a two-way street for both relationship growth and personal growth in adults and children alike.

It doesn’t stop with humans either. Cuddling with your furbabies (whether that’s a cat, dog, or chinchilla) has shown to produce similar results. Your body can release those same hormones to promote happiness and help put you at ease. So, if you don’t have a human around to cuddle with, look no further than your pet. 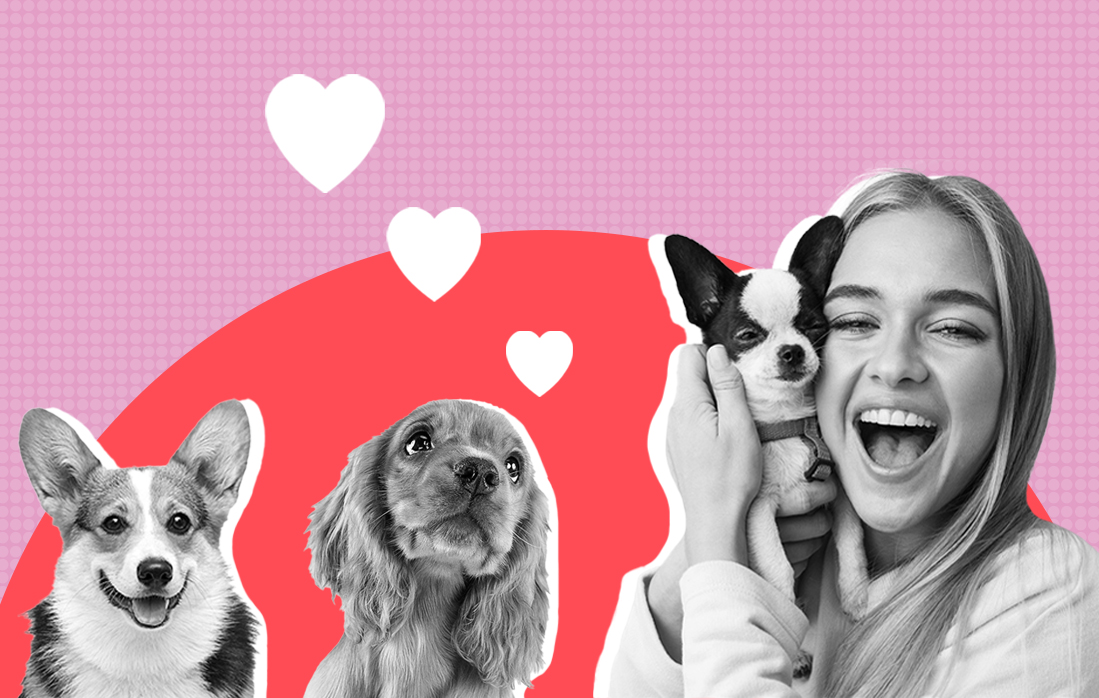 Now I’m not trying to claim cuddling is going to solve all your problems (or your partner’s problems, child’s problems, pet’s problems, etc.), but the research showing its benefits is promising. So, is it time to embrace the embrace? That’s up to you — but keep in mind, it’s been scientifically proven those snuggles could make you happier and healthier in more ways than one.