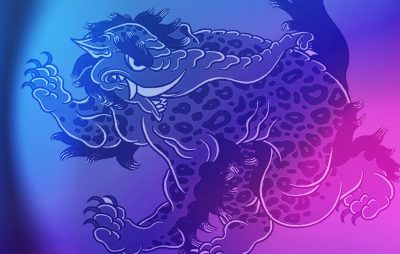 Of the many fascinating mythological creatures that come out at night, the baku stands out. According to Japanese folklore, the baku, or “dream eater,” is said to prevent or stop nightmares by gobbling them up. But beware — if a nightmare isn’t satisfying, or if you call the baku too often, it may become greedy and help itself to all your hopes and dreams.

What Is A Baku?

A baku is a mythical creature in Japanese folklore that’s capable of devouring nightmares. As the story is told, those who wake from a nightmare can summon the baku by calling to it three times and asking it to eat their dream. Another legend holds that all you need to do upon awakening from a bad dream is say aloud that you give it to the baku.

In both instances, it’s said that in eating the nightmare, the baku removes your torment so you are no longer afraid. But however you call the baku, it could be risky — an especially hungry baku may not be satisfied after a single nightmare and could eat your dreams, hopes, and ambitions.

The baku sounds like a fantastical creature. According to Japanese lore, it’s the compilation of parts of various animals — all of the bits and pieces that were left behind when the gods were finished creating the world’s animals. According to folklore, the baku has the head of an elephant, the body of a bear, the feet of a tiger, the eyes of a rhinoceros, and the tail of an ox. It’s said to bear a resemblance to the Asian tapir, which has a similarly haphazard appearance. In fact, some believe that the creature was inspired by an ancestor of the tapir that is now extinct.

What Is The Story Behind The Baku?

The baku made its first appearance in Japan somewhere between the 14th and 15th centuries. Drawings of a similar creature appear in works from the 9th century poet Bai/Bo Juyi in China. Known as the Mo, it was believed to ward off evil spirits and sickness. Its likeness was used to decorate folding screens.

When the legend spread to Japan, it became associated with dream eating, something that has stayed consistent over time. The baku were said to wander at night, listening and waiting to be called upon for a fresh feast of nightmares. At the turn of the last century, the practice of keeping baku talismans and amulets by the bedside wasn’t uncommon in many Japanese homes.

The baku is a mythological creature — the stuff of legends and lore. Still, its representations can be found on ancient artifacts, including statues and bronze ware. In Japan, you may see its likeness on ancient temples and shrines.

Are The Baku Good?

Despite the warning that the baku may not stop with only devouring your nightmare, it’s generally represented as a neutral protector. Some legends depict the baku as a guardian spirit that watches over humans.

Modern Portrayals Of The Baku

These days, you can find the baku in toy form, and you’ll also find them represented in Japanese comics. Characters from Pokemon and several in the Digimon game resemble the baku, though they tend to look like the tapir. It’s also been featured in contemporary fiction – Neil Gaiman’s The Sandman: The Dream Hunters has a baku, among several other mythological Japanese creatures, and an episode called “Safe House” in the paranormal television series Supernatural features one as well.

The legend of the baku is of a powerful protector against bad dreams. While the tale of the baku has changed from its earliest iterations in Chinese folklore, the stories of its ability to devour nightmares has remained consistent in Japanese lore. Even today, the baku continues to make appearances in pop culture. It’s something to think about the next time you awaken with a nightmare — just remember to summon these mythical creatures with care.