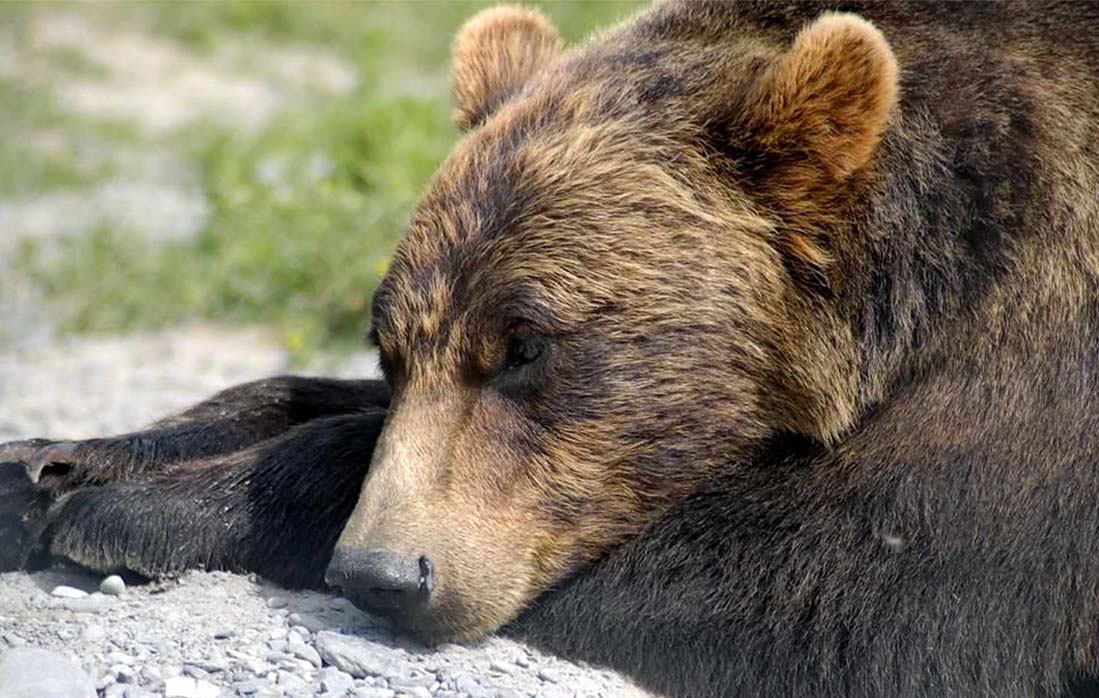 When you hear strange noises in your home, your first instinct may be to think, ‘Oh, it’s an old house’ or ‘that’s probably just the wind.’ But one family in California heard some suspicious sounds that don’t fall under those simple explanations – it was a family of bears snoring.

You heard right. Lions and tigers and bears, oh my! Welp, minus the lions and tigers. After a long winter of hearing “odd rumbling, snoring-like noises,” a group of California residents discovered a family of five bears had been sleeping underneath their house.

The incident was posted to Facebook by a nonprofit organization called the BEAR League. In the post, the BEAR League describes a mama bear and her four cubs, three naturally hers and one an adopted member of the family. The five bears had been looking for somewhere to rest for the winter and when they happened upon an “unsecured crawl space opening,” they went inside.

The home’s residents, who’d been hearing what sounded like snoring and strange rumbling throughout the winter, couldn’t find an explanation and the neighbors didn’t believe them. But the bears finally woke up and it became clear that a mama bear had been lodging underneath the home. The residents called the BEAR League, assuming there was only one bear to be accounted for. To their surprise, four additional bears exited out of the crawl space after mama bear was “uninvited” from the space.

In the comment section of the Facebook post, the BEAR League writes that the bears had been staying in the space for four months. After exiting the crawl space, they explained that the bears all disappeared before they could start rolling any cameras.

Why Do Bears Hibernate Anyhow?

This story had us wondering, what do bears do all winter anyhow? Do they really sleep all the time? Why do bears hibernate?

Bear hibernation began as a form of adaptation. In the winter, when there isn’t as much food available these creatures did not have to migrate but instead hibernate, according to Dr. Dave Garshelis, an instructor at the Center for Wildlife Studies, Co-Chair, IUCN SSC Bear Specialist Group. The bears lower their body temperature, and break down fat stores for energy. Mostly, they conserve their muscle mass and thus do not become much weaker during hibernation. Bears do wake up, however, and move around inside the den.

When asked how long bears hibernate, Dr. Garshelis stated that, “This is very variable by area. In parts of Alaska and Minnesota, hibernation can last 7 months. In parts of Florida or Louisiana it can last for just a few weeks, and some bears might not hibernate at all (if they find adequate food all winter),” They also happen to be the only hibernating species that can withstand an entire winter with no food or drink

In fact, hibernation is not sleep like some people may believe.

“It is a physiological state where metabolism is reduced,” says Dr. Garshelis. He added that “very little work has been done on brain waves during hibernation, but that which has been done suggests that they are not actually sleeping per se (or may just go through waves of sleep). They shiver occasionally, which warms the body, provides some stimulation to the muscles, and may allow them to sleep a bit.” He stated that they sleep 6-8 hours per night in the summer and often nap in cooler, shady spots.

He also notes the following changes that are unique to bears during hibernation:

Hibernating under a home is not usually the norm, however, if they live near humans and have gotten used to them, it isn’t out of the question, Dr. Garshelis noted. More commonly, wild bears will hibernate close to home. They will find things such as fallen trees and brush piles to build a den or nest.

Interested in learning more about animal sleeping habits? Send us a note at carley.prendergast@sleepopolis.com.