Who let the dogs…in bed? Yes, you read that right. More and more Americans are sharing beds with their dogs. In fact, a survey by the American Pet Products Manufacturers Association from 2015 found that 42 percent of all dog owners allow their dogs to sleep in bed with them. But is it disrupting our sleep?

New research has chimed in, saying “no, not really,” detailing that sleeping with a dog won’t significantly disrupt your sleep cycle.

The study, which was published by Mayo Clinic, evaluated sleep patterns of 40 dogs (none were puppies) and their owners when sleeping in the same room. Researchers evaluated sleep habits over five months, and for seven consecutive nights, both owners and pups wore a sleep tracker. Humans wore an Actiwatch 2, an activity monitor that records people’s movements to analyze deep sleep. Dogs wore a Fitbark, an activity tracker that records whether they’re resting, sleeping, or at play. Additionally, humans logged their sleep activities in a journal.

Over those seven days of testing with a tracker, researchers found that with a dog in the bedroom, both dogs and their owners slept well. Humans had a mean sleep efficiency—aka the percentage of time spent asleep—of 81 percent, while dogs had a sleep efficiency of 85 percent. (Side note: Levels over 80 percent are what people should aim for.)

However, don’t invite your dog under the covers just yet. The study specifically revealed both owner and dog slept well if they were in the same room. However, once the dog hopped on the bed, results changed. 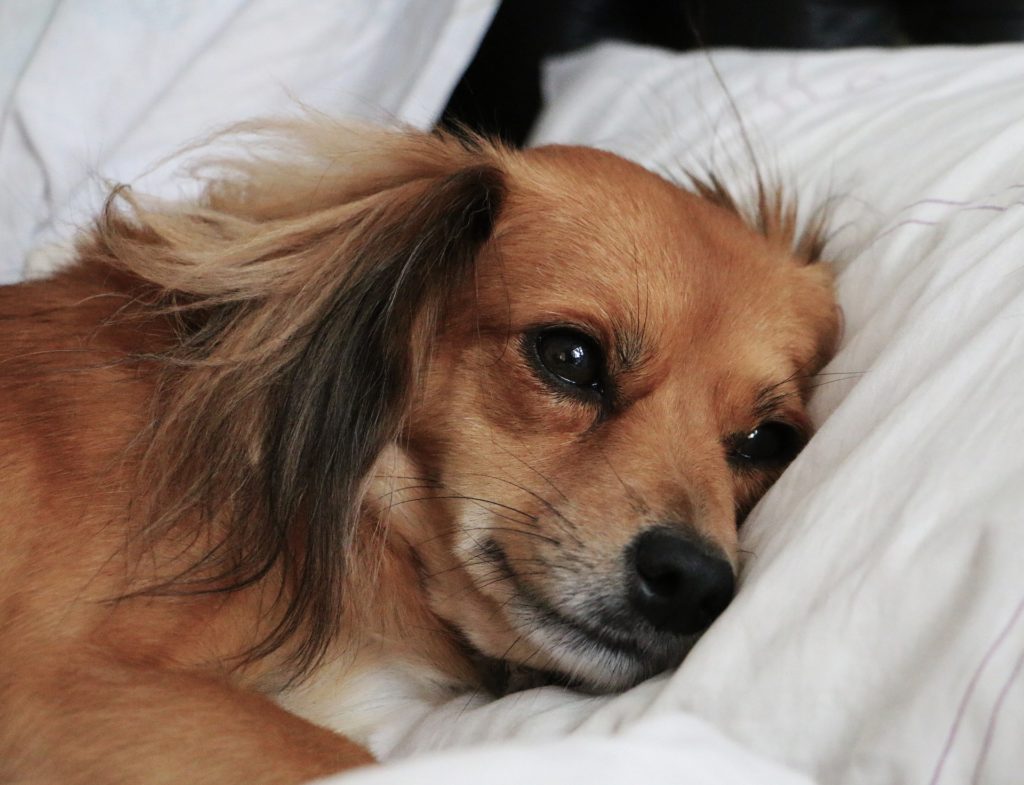 As analyzed in The New York Times, “People slept slightly better when the dog was off the bed; dogs slept the same whether they were on the bed or in another location in the bedroom.”

So if you want the best night’s sleep, scientists of this study might suggest keeping your dog in the bedroom, but snoozing in separate beds. Don’t fret, though: There are a handful of quality dog bed options for your pup, from Purple’s new pet bed to Nest Spot’s pet bedand Casper’s dog bed (among other brands with great dog beds).

Have you reserved your Purple® Pet Bed yet on Kickstarter? These are exclusive prices so get them before they’re gone! Link in bio. 📷 : @sookieandivy

If you have a partner who shares a bed, more information may be coming your way. Dr. Krahn, senior author of the study, wants to conduct a larger study with more dogs and people, to see if having one vs. two humans in the bed changes anything. And for any cat owners out there, you might not be left out either. She wants to do a similar study with cats, too.