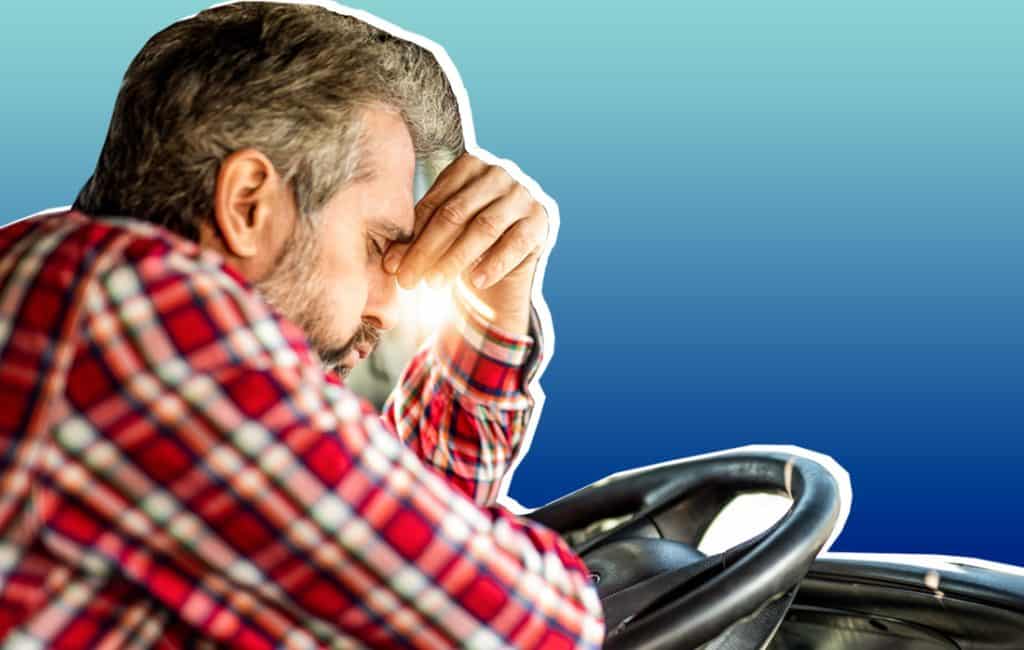 Sleep-related problems affect 30 to 70 million Americans, according to The State of Sleep Health in America 2022 report —obstructive sleep apnea (OSA) being one of the most common contributors. Unfortunately, more often than not, OSA goes undiagnosed — directly increasing your risk for more severe health concerns.

The program claims to eliminate barriers to a sleep apnea diagnosis and treatment, improving long-term sleep health for the general population. Here’s how.

Drowzle works like a traditional at-home sleep test, except it eliminates the need for additional equipment. Four physicians pioneered the program, hoping to remove the barriers to a sleep apnea diagnosis.

“OSA is such a huge problem, and we have not been able to increase the number of diagnoses in the last 10–15 years,” says Karen R. Underwood, M.D., MBA, Drowzle co-founder and Chief Medical Officer of Resonea. “The more steps to getting a diagnosis, the more likely someone is not going to follow through. It’s important to get diagnosed because OSA underlines many other big medical problems and increases a person’s risk of heart disease, stroke, and depression.”

The digital program can be purchased for $49 retail value or granted access through a physician or employer. Once purchased, a code is sent to your email prompting a download of the app, available for Apple and Android users. Once you download the app, you’ll need to put your smartphone beside your bed to record breathing patterns.

The app will then collect relevant symptoms, health history, and functional quality-of-life data from you. This information and breathing patterns are analyzed with a proprietary algorithm.

Confident in its efficacy, John Bouzis, D.D.S, at RestfulSleep (he is not officially affiliated with Drowzle) has begun integrating Drowzle into his practice, saying that it has a “93 percent correlation with in-lab sleep studies.” He’s also taken the lead on a pilot program in partnership with ten dental providers throughout the United States to evaluate the program within their practices.

Louis Ippolito, a retired IT professional, was an early adopter of Drowzle. Unaware of his condition, his wife suspected sleep apnea and recommended he try Drowzle after she learned about it while working IT at Resonea. Slightly skeptical, Ippolito was unsure of how it would work but said he would try it because it seemed easy. “The entire process was simple. I put my phone beside my bed for a few nights,” Ippolito says.

Having his wife and dog sleep separately for an accurate reading, Drowzle detected that Ippolito had sleep apnea. “My dentist wanted to double check with a traditional home sleep test — it validated everything,” Ippolito says. “My dentist ordered me an oral appliance. The entire process from my initial Drowzle test took about four weeks.”

Overall, Ippolito is glad he went through with it because he’s sleeping better and seeing positive impacts to his health. “I feel great — I’m more relaxed and awake during the day,” Ippolito says. “I lost about 30 pounds because I don’t feel hungry all the time. When you’re tired, you feel like you have to eat something to wake up — now I don’t feel like that. My energy level has increased and I’ve started exercising more.”

But Is Drowzle a Viable Safety Measure?

Any adult can use Drowzle, but it claims to support truck drivers as a viable safety measure due to its accessibility. Truck drivers have a tough yet important job — they’re the backbone of our economy. Because of the nature of their profession, they must undergo medical evaluation every two years to maintain their commercial driver’s license (CDL).

“Studies show up to 50 percent of truck drivers are at risk for OSA, and most are required to get a sleep test because it increases the risk of accidents,” says Underwood. “But many avoid getting tested because it’s inconvenient to pick up equipment and coordinate care while trying to stay employed and travel across the country.”

Bouzis believes Drowzle is a viable safety measure and will help more individuals seek a diagnosis and follow through with treatment.

“I’ve practiced sleep medicine long enough to recognize the barriers and obstacles to it,” Bouzis says. “Anecdotally, truck drivers don’t want to know if they have sleep apnea because if they don’t get treated, they won’t be able to renew their license. Something like Drowzle allows them to self-screen conveniently, which is important, especially for treatment compliance.”

Bouzis points out that continuous positive airway pressure (CPAP) is the most common treatment for OSA – but some studies show that 50 percent of people stop using it after a year. “83 percent quit after five years,” he adds. “If you’re a truck driver, you can’t do that unless you change jobs.”

So… Can Drowzle Completely Replace the At-Home Sleep Test?

Drowzle may offer a convenient method to test the risk of OSA, but it likely won’t replace the at-home sleep test entirely. “There will always be the need for the traditional sleep test,” says Underwood. “But if we can reduce the barriers and increase the access along the way, then we can help as many people as possible to get treatment if they need it.”

And Bouzis is looking forward to how Drowzle can help the dental industry improve patient outcomes. Despite the fact that the American Dental Association recommends that dentists screen for sleep disorders, an April 2022 self-reporting poll suggested that 70 percent of dentists aren’t doing that. “We’re hoping Drowzle makes it easier for dental offices to comply with this recommendation,” he says.