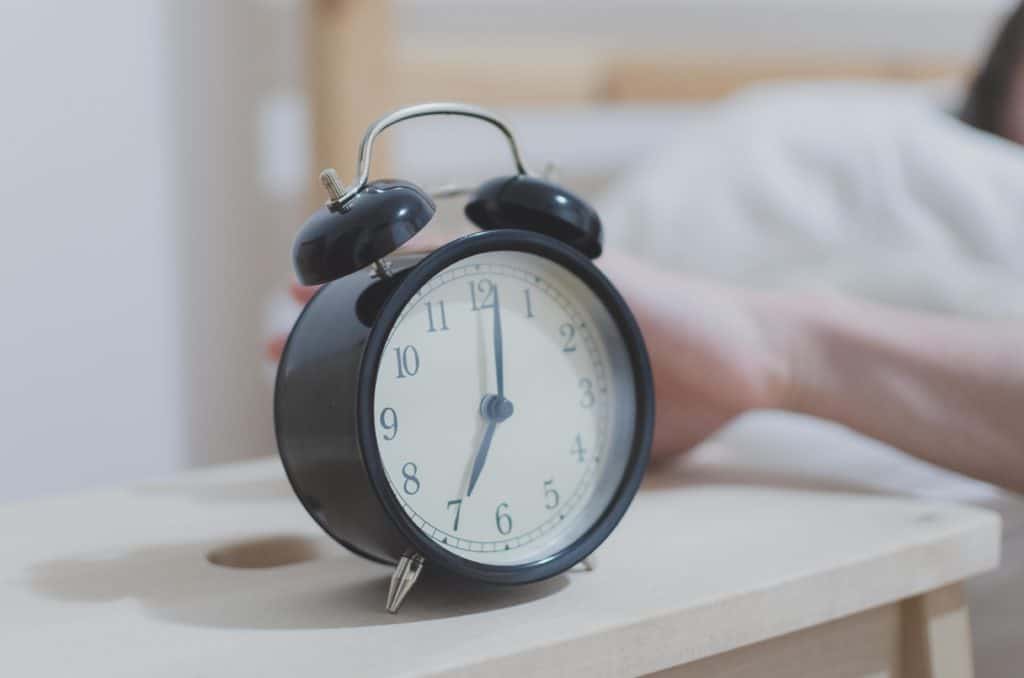 On July 1, California will become the first state in the U.S. to implement later school start times for middle and high school students. According to Bill No. 328, middle schools and high schools cannot start earlier than 8 AM and 8:30 AM, respectively.

And while California is the first state to mandate later school start times, other states including Alaska, New York, New Jersey, and Tennessee have proposed similar legislation; each one in varying stages of the process. And many local authorities are implementing later start times for their districts.

The American Academy of Pediatrics (AAP) is a strong advocate for late start times for school saying. The AAP recommends middle and high schools start at 8:30 a.m. or later to give students the opportunity to get the amount of sleep they need.

Advocates for later school start times point to many a study that say it will lead to improved academic performance and walk back the many negative health consequences of kids’ not getting enough sleep. Lack of sleep for teens has been deemed an epidemic.

The American Academy of Sleep Medicine (AASM) recommends pre-teens get anywhere from 9 and 12 hours of sleep a night, research has found that as much as 73 percent of high school students fail to meet that minimum for a host of reasons.

One of the first and most important reasons for this could lie in biology, more specifically, a shift in circadian rhythms during the teen years.

“Circadian rhythms shift temporarily later at puberty by 2-3 hours, making it harder for adolescents to fall asleep or wake up as early as younger children or older adults,” explains Dr. Terra Ziporyn Snider, Executive Director and Co-Founder of Start School Later, Inc.. “That’s why most teenagers have trouble falling asleep before 11 pm or waking before 8 am.”

Other hurdles to a night’s sleep for teens include:

And while the statistics of how little sleep our kids are getting are pretty astonishing, the real issue lies in the consequences of not getting enough sleep. All things considered, it would seem that current school start times paired with poor sleep hygiene is a recipe for disaster, ultimately baking up poor academic performance on standardized tests, increased rates of absenteeism and illness, and unsafe driving practices.

“A teenager who has to wake at 6 AM to get to class on time would have to be sound asleep at about 9 PM every school night to get the nine or so hours most adolescents need—and that’s usually not realistic for either social or biological reasons,” says Dr. Snider. But the considerations don’t end there, “A teenager waking so early misses out on a lot of REM sleep—the stage of sleep where memory consolidation and emotional regulation occur—which is concentrated in the last third of those 9 hours” she adds.

“About half of my middle school kids can barely stay awake the first two periods of the day,” says Teacher and blogger, Melissa Rowe. “As for high school, I literally have students who fall asleep on the floor in my classroom.”

Rowe goes on to say that early school start times just don’t jibe with teenage life. “Many of them have jobs, and even if they get out of work at 9 PM, it still takes them a long time before they can actually get to bed and fall asleep. It’s crazy to expect middle and high school students to show up to school for 7:30 and be prepared to learn.”

One of the latest studies, published by the Oxford University Press, shows that delaying school times for 45 minutes allows students to sleep longer, ultimately improving their daytime alertness and mental wellbeing.

To see what really happens when earlier school start times are implemented, Minnesota offers up some concrete numbers. From 2016-2019, four school districts in Minnesota moved to a later start time. Ultimately, while researchers only found a slight improvement in GPAs, they found that as much as 16 percent of kids were more likely to get the recommended amount of sleep for their age group.

But There’s Another Side to the Story

But while it may be hard to fathom, there is a flip side. Educators who oppose later school start times often cite lost learning time and the logistical nightmare later openings can cause.

One of the biggest concerns over late school start times is that parent work schedules will likely be upended. As it stands now, a 7:30 AM start means that most parents can see their kids off in the morning and maybe even drop them off at school before reporting to work at 8:30 or 9 AM. If school districts delay start times to 8 or 8:30, that possibility is likely off the table for many. Later start times are a much bigger problem for parents of young children who require more supervision in the morning. Parents, in this case, are likely staring down the barrel of some pretty chaotic mornings ahead.

While school shutdowns in response to the pandemic now belong to the pages of history books, the educational system is still reeling in many ways. From teacher and administrator burnout to the national bus driver shortage, later school start times could be the disaster some folks are predicting. Moreover, if all grade levels are not on the same schedule, this can prove to be a logistical and fiscal nightmare for school districts everywhere, as many may ultimately have to hire even more bus drivers.

Kids Will Be Kids

Renee Rosales M.Ed. CEO and Founder of Theara brings up an interesting point that almost feels like a no-brainer—kids will be kids. “I honestly can’t see this being a helpful idea,” Rosales says. She notes that kids will likely jump at the chance to stay up later if they’re given the latitude to wake up later. Ultimately, later school start times could end up causing a counterproductive domino effect.

Ultimately, the Real Issue May Come Down To Politics

Science may show one thing while seasoned educators who are the “kid experts” may say another. But the issue of later school start times isn’t being held up by either side, it’s politics and a faulty view of the science of sleep.

“The issue isn’t science, which is crystal clear. The issue is politics,” says Dr. Snider. But it’s a good news-bad news kind of deal. The bad news is, “Community life revolves around school hours, so when you propose changing them, fear and speculation about how that change will affect already challenging daily schedules often override what’s best for kids,” she says. “The good news is that we have overwhelming empirical evidence that when schools change hours—which they often do, in both directions, for all kinds of reasons—community life inevitably adjusts. But fear and speculation (aka fear of change) are often more politically powerful than empirical evidence.”

“The underlying problem is that sleep and school hours are fundamentally a matter of public health, not education,” says Dr. Snider. But because our society still doesn’t view sleep as a basic human need, we have put a public-health decision into the hands of school officials or politicians. That turns sleep-friendly school hours into negotiable budget items rather than non-negotiable public goods like clean air and water.”