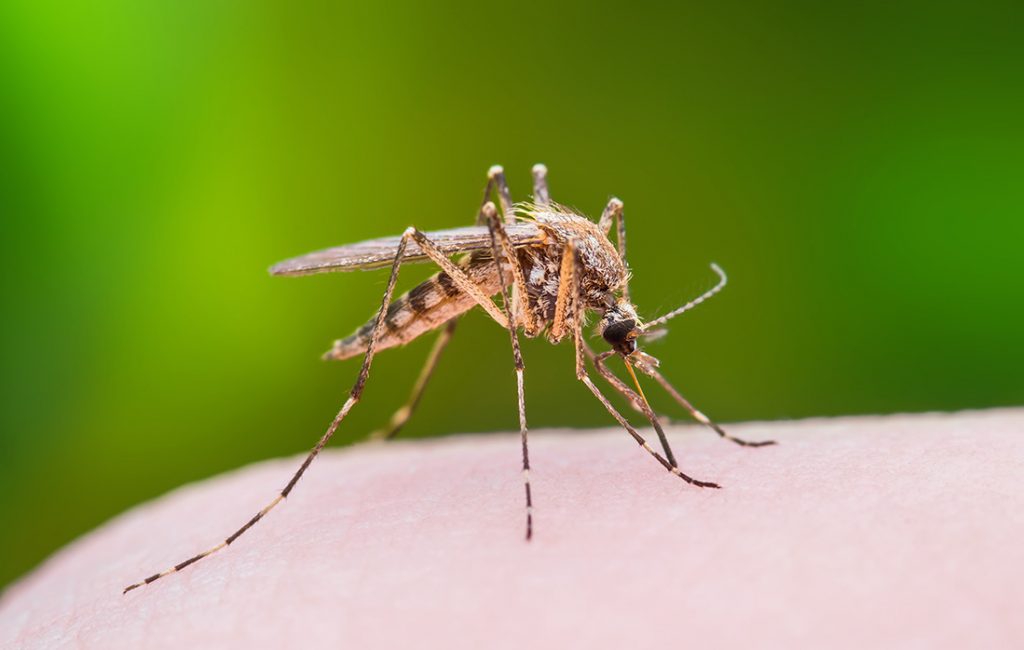 Turns out you’re not the only one who can’t seem to function after a sleepless night.

A new joint study between biologists at Virginia Tech’s Department of Biochemistry and the University of Cincinnati finds that mosquitoes, just like us, are significantly impaired after a sleepless night, and are more likely to choose sleep over bites.

The study, which took more than a year to develop, used similar methods from  another insect study to assess how well mosquitos carried out biological functions such as hunting or feeding in the absence of a good night’s sleep. The mosquitoes were subjected to several sets of sleep deprivation.

The experiment examined three species of mosquitoes responsible for a variety of disease-causing pathogens (malaria, yellow, or dengue fever): the Aedes aegypti, a “day biter”; Culex pipiens, which hunts at dusk; and Anopheles stephensi, a mostly nocturnal species. The researchers hope that the findings can help curb some of these diseases.

The study showed that sleep disturbances (caused by shaking the mosquito enclosure or turning on the lights) for any period of time induced sleep rebound for mosquitoes. In other words, when sleep-deprived, the biters were more interested in catching up on sleep than in finding their next blood meal.

When they’re not seeking a meal, mosquitos perch in the same spot for long periods of time to conserve energy. The most observable sign that they’re sleeping, instead of just perching, is the position of their hind legs.

“When mosquitoes enter a sleep-like state, their hind legs [and abdomen] droop and their body comes closer to the surface,” UC doctoral student and study lead author Oluwaseun Ajayi said.  Unlike alert mosquitos that stand on four of their legs, slumbering mosquitos stand on all six of them, something that is impossible to observe without microscopic observation at a very close distance.

The Difficulty of Studying Mosquitoes

While observations can interfere with the outcome of an experiment, UC biologist Joshua Benoit said this was especially true when studying mosquito sleep.

“It’s really hard to quantify sleep in mosquitoes when, as soon as you walk in the room, you’re considered their Thanksgiving dinner,” UC biologist and study co-author Joshua Benoit said. Mosquitos have special dual-receptors that allow them to sense people from quite a distance away through our body heat, skin odor, and the carbon dioxide from the air we exhale or emit from our skin. This makes it incredibly difficult to approach them without waking them up.

To keep the study as precise as possible, researchers set up a habitat in the quiet part of Crosley Tower on UC’s Uptown campus, separating the mosquito enclosures from noise and foot traffic by placing them in insulated rooms. Researchers observed their behavior around the clock through cameras and infrared sensors that could record movement without disturbing their slumber.

Researchers looked at the mosquitoes’ normal circadian rhythms, sleep, and feeding behaviors for about a week following the acclimation of the mosquitoes to their experimental habitats. And they slept a lot. Mosquitoes in the lab averaged between 16 and 19 hours a day of shut-eye, depending on the species and the amount of stimulation and light around them.

Once the mosquitos had settled into a normal sleep routine, researchers repeatedly induced wakefulness by vibrating their enclosures at regular five-minute intervals during their normal sleeping hours.

While 75 percent of the well-rested mosquitoes sought out food the next day at regular times, mosquitoes subjected to sleep deprivation were much less excited at the prospect of food. Researchers found sleep-deprived mosquitos 54 percent less likely to land on, seek out, or feed on a host, and less than one-quarter of sleep-deprived mosquitos had any interest in food after a restless night. In other words, in the face of sleep deprivation, all three species were much more likely to be catching up on missed sleep during their normal feeding times than they were to be looking for a host.

Outside of the lab, scientists found that groggy mosquitoes in field settings were also less likely to land on or feed on a host, suggesting that the same behaviors might be observed in sleep-deprived mosquitos living in their natural habitats.

“It was a bit surprising,”  Ajayi said.” Sleep-deprived or not, a blood meal should appeal to them.”

“What’s surprising to me is that as much as mosquitoes need blood to produce eggs, they will give it up to recover the sleep they lost,” Benoit said. “They might not be aroused as much because of the need to catch up on sleep.”

“While humans and mosquitoes are different when it comes to organ functions, they both need sleep for metabolism and activity,” he added.

The phenomenon of catching up on sleep debt— called sleep rebound— has been observed across all walks of the animal kingdom, from honeybees, to fruit flies, to people. When we don’t get enough sleep, we put ourselves at risk for a whole host of health issues, both short-term and chronic, especially if the problem is habitual.

“Sleep [for all organisms] is tied to immune and restorative functions such as tissue repair and protein synthesis,” said Lucas Gleitz, a UC undergraduate biology student who participated in the research project. “We’ve learned that sleep is a very crucial aspect of living organisms. Those internal clocks keep running, even for mosquitoes,” he said.

By understanding mosquitoes’ circadian rhythms, researchers hope to aid worldwide efforts to control or eradicate mosquito-borne pathogens like dengue fever, yellow fever, and malaria, all of which are collectively responsible for the deaths of more than 500,000 people annually, according to the World Health Organization. Developing techniques to facilitate mosquito sleep disturbance, they believe, could be the key to curbing disease transmission.

“To acquire a pathogen, mosquitoes must feed when an animal is available and the pathogen is in the blood,” Benoit says. “If sleep deprivation shifts this process, transmission can be increased, or decreased. It’s important to understand their sleep dynamics — when they feed and when they sleep.”