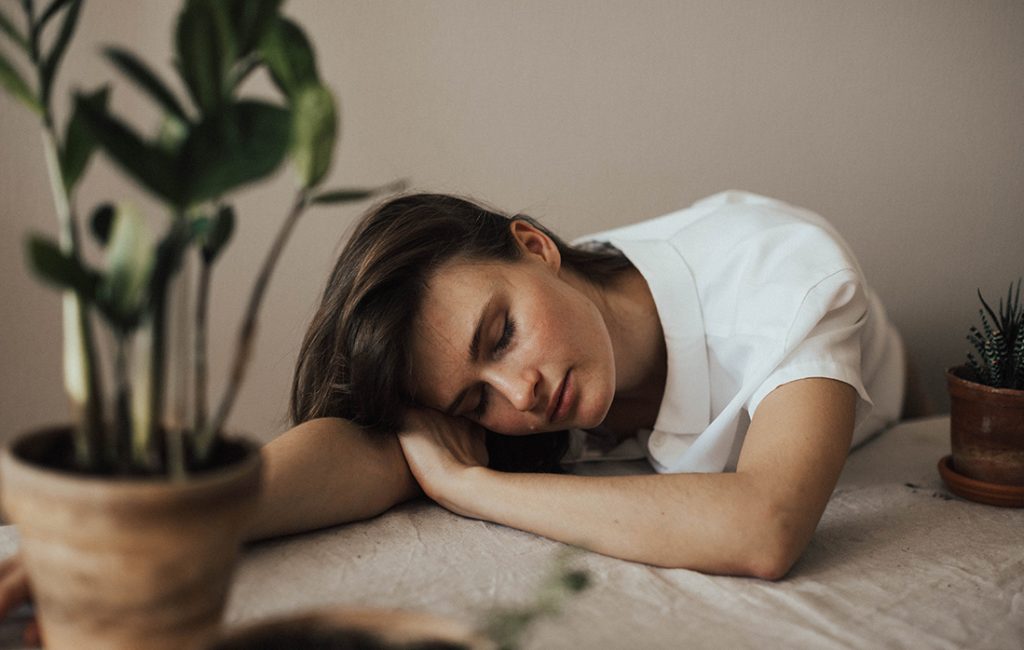 While TV and movies tend to make light of it, narcolepsy is a very real neurological disorder that interferes with the brain’s ability to control sleep-wake cycles and for those suffering from it, it’s no joke..

Today (September 22) is World Narcolepsy Day, intended to spread awareness for this chronic sleep disorder. It’s also a day for those who have narcolepsy to share their stories on social media. Narcolepsy is a chronic sleep disorder characterized by overwhelming daytime drowsiness and sudden bouts of sleep. People with narcolepsy find it difficult to stay awake for long periods of time, regardless of the circumstances.

A rare sleep disorder, narcolepsy still affects as many as 200,000 Americans and approximately 3 million people worldwide. It’s also worth noting that, like many sleep disorders, narcolepsy is typically underreported. Rough estimates show that only about 25 percent of those who have the disorder have even been diagnosed or are receiving treatment for it.

While most people are often diagnosed between the ages of 20 and 40, the symptoms of narcolepsy often make their initial appearance in childhood. And in case you were wondering, research shows that narcolepsy seems to affect both men and women equally.

Typically, narcolepsy doesn’t present serious or long-term health issues for those who suffer from it, but understandably, it can have a profound impact on their daily lives.

Signs and Symptoms of Narcolepsy

Daytime sleepiness is probably the most recognizable symptom of narcolepsy. And while narcoleptics tend to wake up feeling well-rested, they often go through the day feeling tired and battling an irresistible urge to sleep.

Sleep attacks (sudden episodes of deep sleep) are common for those with narcolepsy. The problem with sleep attacks is that they can occur at inopportune times, like mid-conversation, during a meal, or even while driving. While a sleep attack may only last anywhere from a few seconds to a few minutes, these episodes often bleed into a nap, and when the person wakes, they do so feeling refreshed.

Cataplexy is sudden muscle weakness in a wakeful state. Episodes of cataplexy can be relatively mild (i.e., drooping eyelids) or severe (i.e., knee-buckling or a total body collapse). During a severe cataplexy attack, people are usually unable to move, speak, or keep their eyes open, but it’s important to note that they are conscious. Cataplexy is often brought on by a surge of strong emotions such as anger, stress, and fear, but happiness or laughter can elicit an episode as well.

Just as its name implies, sleep paralysis is the temporary inability to move or speak while someone is sleeping. Although sleep paralysis closely resembles REM sleep muscle paralysis, the person is conscious while experiencing it. These episodes typically last anywhere from a few seconds to a few minutes, and they tend to occur when someone passes between stages of wakefulness and sleep (i.e., falling asleep or during the arousal process).

Fragmented sleep is another common symptom of narcolepsy. Typically, those with narcolepsy will wake up several times during the night for 10 to 20-minute stretches each time.

When narcoleptics experience a sleep attack in the middle of an activity, like eating or writing,

they may automatically continue with whatever activity they’re in the middle of for a few seconds up to a few minutes. Most likely, the person is not aware of the continuance of the activity, and observers will notice a marked difference in the performance of said activity.

For example, if someone is writing or taking notes prior to a sleep attack, their handwriting would become illegible. Someone driving a car would likely (and unfortunately) cause an accident. Those who experience ongoing automatic behaviors during a sleep attack won’t recall their actions, and many tend to wake up from these episodes feeling refreshed.

While the symptoms typically associated with the disorder may improve with age, they never resolve completely.

What are the Different Types of Narcolepsy?

Previously known as narcolepsy with cataplexy, Type 1 Narcolepsy is the most common type of narcolepsy and the easiest to diagnose.

Individuals with Type 2 Narcolepsy still experience episodes of extreme sleepiness; however, with NT2, there’s a marked absence of cataplexy.

While scientists have yet to determine the exact cause of narcolepsy, there are a few working theories. The most prominent theory is that narcolepsy is tied to low levels of hypocretin — a neuropeptide that plays a role in the “regulation of sleep and arousal states.”

Another theory is that narcolepsy is caused by an autoimmune disorder in which the immune system attacks the brain cells that produce hypocretin.

Other possible risk factors of narcolepsy include:

How is Narcolepsy Diagnosed?

Sleep studies are usually the best diagnostic tools for narcolepsy. Polysomnograms and a Multiple Sleep Latency Test (MSLT) are the most common, but sleep diaries and actigraphs may be useful too.

While there is no cure for narcolepsy, there are ways to manage the symptoms and minimize its impact on your life. There are a few medications available to help manage the symptoms, but it’s best to speak with your doctor about them.

Beyond medications, lifestyle changes and adjustments to your sleep hygiene can make a big difference — reducing excessive daytime sleepiness and improving sleep quality at night are key.

Changes to consider include: