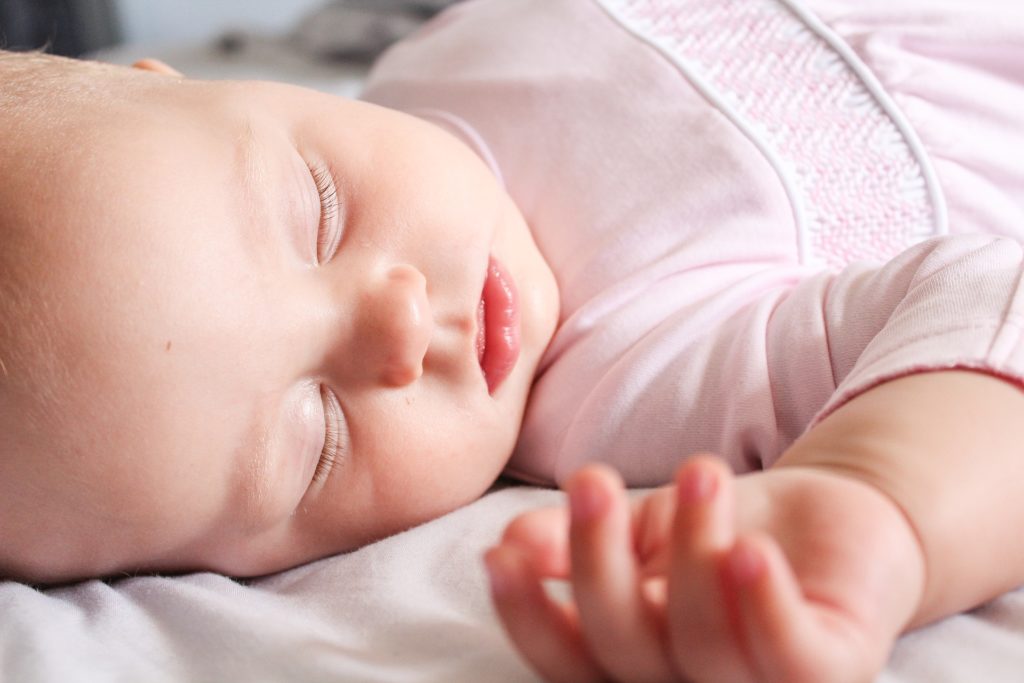 Nobody wants to know the cause of SIDS more than a parent who just brought home a newborn and is terrified to lay them down to sleep due to the still mostly unknown nature of Sudden Infant Death Syndrome (SIDS).

These fears have persisted for decades, as researchers attempt to press harder toward finding the root of the issue that impacts around 38 of 100,000 babies in the US, as of 2020, the Centers for DIsease Control and Prevention reports. Experts now distinguish between SIDS and “SUIDS” meaning Sudden Unexpected Infant Death, which encompasses additional causes like accidental suffocation in bed from unsafe bedding. 93 infants per 100,000 yearly die of SUIDS, they report, adding that rates haven’t improved, frustratingly enough, since around 1999.

When Australian researchers published a June 2022 study in EBIoMedicine/The Lancet, proposing that babies who die from SIDS had something in common — an enzyme, or biomarker, called Butyrylcholinesterase many parents thought they could sleep easier. The research suggests that lower levels of this enzyme were reported in their study group of babies who had died of SIDS, based on blood tests. But, unfortunately, it isn’t that simple.

The study could definitely pave the way for newborn screening — but the results still need to be corroborated by further research. So, while the study is indeed interesting and newsy, there is some nuance that some media failed to focus on.

That’s what happened in this case. Emily Oster, Parenting Data Expert and Author of CribSheet and the widely followed newsletter ParentData covered this topic soon after the study’s release, writing in Slate about it as well. Oster called out the website BioSpace for its original title covering the study: “Researchers Pinpoint Reasons Infants Die from SIDS” as misleading. Since then, they’ve updated their headline to be more accurate.

“One important thing to note is that while the range of enzyme levels in SIDS deaths was lower than in the living controls, there is still overlap in levels. Knowing that a baby had an enzyme level of 4 might indicate a higher risk, but definitely there are many infants with a level of 4 who survive. This is all very distant from being a perfect or close to perfect predictor of anything. That’s the main paper finding. What I take from this, with the paper alone, is an interesting possibility that should be explored more,” Oster wrote.

The danger of parents and providers taking the new study as fact is that some took it to mean that the numerous safe sleep practices they’d been practicing, such as “ABC” (alone, back, crib), might not be as important as potentially testing for this new enzyme instead, which isn’t yet proven to be true.

Oster writes that much more research needs to happen before anything would change.

A Deeper Dive Into the SIDS Study

Dried blood samples were collected two to four days after birth from three groups: babies who had died suddenly, babies who had died of known causes, and living infants as controls, totaling 722 samples. The enzyme levels were lower in the SIDS deaths than in the other control groups, but Oster notes the sample sizes were small and other characteristics could have impacted the enzyme levels.

Dr. Harvey Karp, pediatrician and author of “The Happiest Baby on the Block,” says that the study is “a wonderful story about a mother who lost a child and then dedicated her life to science to discover the answer,” referencing Dr. Carmel Therese Harrington, lead researcher on the study’s personal tragedy of losing her son Damien to SIDS 29 years ago, the West Observer reports.

“She found a brain enzyme that floats around in the blood also that was low in some babies who ended up having SIDS. It was also low in some babies who ended up not having SIDS,” Karp says. “Yes, it’s an interesting finding — we knew the brain was having problems anyway. The baby forgot to breathe. The baby’s mechanism for breathing wasn’t working properly. We know it had a glitch,” he says. He adds that most cases are between two to four months, and don’t really pick up in prevalence until kids are one to two months of age. So, he says isolating blood samples that were done at birth isn’t as helpful, given the traditional timeline for SIDS. “The study was sensitive, but it wasn’t specific — yeah I can pick up [the enzyme’s presence] but it doesn’t tell me that this kid is going to die. Most of the kids who have the abnormality don’t die, so it doesn’t really leave me with actionable information.”

Back to the Drawing Board

“In short: a good study with an intriguing result that calls for more investigation,” Oster wrote in Slate.

Karp said he was hit with an onslaught of questions after the study’s release.

“Everyone felt like, ‘Oh my God, the answer is here. We’ve been looking for this forever,’ …since the year 2000 we’ve made zero progress in reducing these deaths,” he says. So despite the new study, experts continue to search, hoping to make more progress soon, and not lose any babies to additional unsafe sleep practices following misinformation from the new study.

(EDITOR’S NOTE: Sleepopolis covered this study here and has since changed the headline from “Breakthrough Study Unveils Mystery of SIDS” to “Study Unveils One Possible Factor of SIDS”)