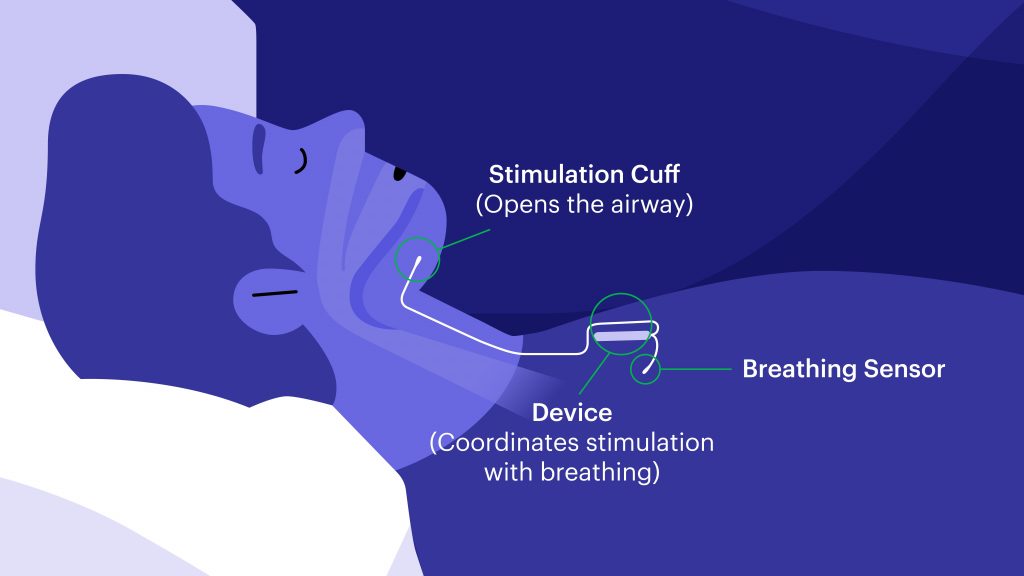 The FDA has already approved a new medical device for the treatment of sleep apnea, and the company just recently announced the pricing for its IPO.  Things are moving quickly for this revolutionary device, but you may not know much about it.

To date, Inspire is the only implantable device that’s FDA approved for the treatment of obstructive sleep apnea. What’s so different about it? Well, everything.

Obstructive sleep apnea (OSA) is a common (1 billion people are thought to be affected globally) sleep disorder where the muscles in the back of your throat relax to the point where it impairs your breathing. OSA causes your breathing to stop and repeatedly restart throughout the night. Those who suffer from OSA experience pauses in their breathing (or apneas) that last anywhere from 10 to 20 seconds at a time. It is not uncommon for those who suffer from sleep apnea to stop breathing hundreds of times per night. Loud snoring, snorting, and gasping during sleep are hallmarks of the disorder.

For years, continuous positive airflow pressure (CPAP) therapy has been the gold standard for treating sleep apnea. And while it is an effective treatment for OSA, it’s only beneficial when used consistently — there’s the rub. Many people don’t like using the devices and have issues with them.

“Inspire may be prescribed after a patient has been diagnosed with moderate to severe obstructive sleep apnea and has unsuccessfully tried to use a Continuous Positive Airway Pressure (CPAP) device,” says a spokesperson from Inspire. “CPAP can be an effective therapy for some, but many patients are not able to benefit from long-term use of the device. Some patients are not able to wear the CPAP apparatus on their face while they sleep, have a difficult time falling asleep with the device, or struggle with feeling tethered to the CPAP device on their nightstand.”

What’s Different About Inspire And How Does It Work?

Approved by the FDA in 2014, Inspire is the first device of its kind. It’s an alternative to CPAP therapy that works inside your body to treat the root cause of sleep apnea while you sleep and, with the click of a button, no less.

The company spokesperson explains, “Inspire is a device implanted under the skin. Users turn on their device with a small remote before they go to sleep and turn it off when they wake up. When turned on, Inspire monitors [their[ breathing and sends a pulse to gently move the tongue and open the airway each time the patient takes a breath. By moving the tongue, the airway stays open, allowing the patient to breathe freely throughout the night.”

The company spokesperson also notes that while clinical trials showed comparable performance between Inspire and CPAP, Inspire ultimately had “better patient compliance as Inspire works inside the patient’s body and there is no external device.”

According to the company’s website, the safety and efficacy of Inspire have been documented in over 90 peer-reviewed publications. Notable outcomes include a 79 percent reduction in sleep apnea events and 90% of bed partners reporting an improvement in snoring.

The Inspire device is placed during a same-day outpatient procedure. And while it’s covered by most insurance providers, including Medicare, VA, and Military Hospitals, the ultimate cost to the patient will vary depending on their insurance plan.