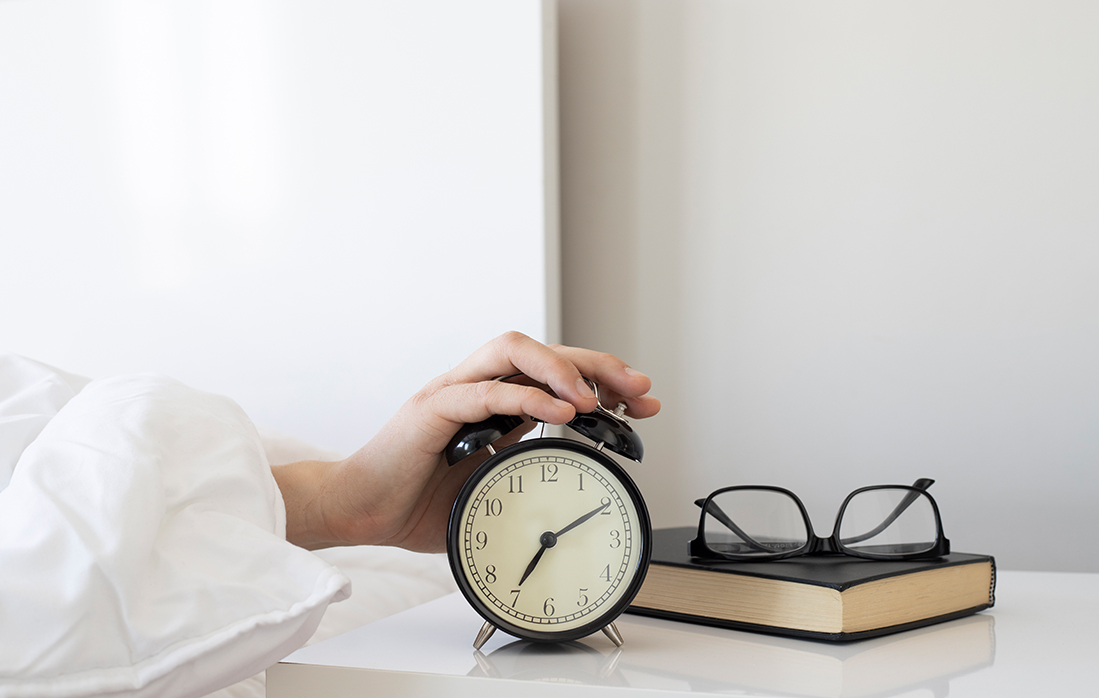 How’d you sleep this week? We know of a star who’s sleeping better, some factory workers bunking at Tesla, the similar snoozing twin duo, a real case of sexsomnia, and the makeup brand whose products you can allegedly sleep in. Let’s hit the hay!

Jennifer Aniston on Insomnia and Tricks She Uses to Relax

We all know the “stars – they’re just like us” series in Us Weekly, and if you suffer from insomnia, you happen to have something in common with actress Jennifer Aniston.

Aniston told People how she’s dreaded going to sleep for a long time, due to her history of battling sleep problems like sleepwalking, insomnia, and sleep anxiety. While putting it off for some time, Aniston realized how much sleep deprivation can affect your daily life, brain function, and body, so she’s recently made a change. While she doesn’t plan to stop sleeping with her three dogs, she spoke with her doctor and transformed her nighttime ritual. Aniston now keeps her cellphone outside the bedroom, goes to bed at the same time each night, and employs activities like yoga to wind down. This combination of experiences led the actress to join the campaign, Seize the Night and Day, a resource hub for those suffering with sleep issues.

Tesla Workers Forced to Sleep at Factory Due to Recent Lockdowns

Tesla workers in China are expected to sleep at the Shanghai factory, following three weeks of operations being shut down. Why? According to Fortune, President Xi Jinping zero-COVID approach led to the shutdown, which has been allegedly harsh and protested by businesses and citizens.

The lockdowns, intended to prevent further spread of the Omicron variant throughout China, delayed production by 40,000 vehicles, reported Bloomberg. Employees will be sleeping in designated areas of the factory, each receiving a sleeping bag and mattress. There will also be spaces set aside for activities like showering and entertainment. Meals and allowance will be provided daily and strict COVID-19 protocols and testing will occur. Shuttle buses will be transporting employees from lowest risk areas who are twice vaccinated to the plant.

If you don’t follow @amir_amari on TikTok, you’re missing out. This adorable toddler duo is put on display through their joint account by their dad, who chronicles all of the hilarious things they get into.

In the TikTok in question, you can see their dad calling their names and telling them it was nap time. To their father’s surprise, he walked in on his boys sleeping identically on their stomachs next to each other. Talk about a twin bond! It’s no surprise that twins are more comfortable when together than apart and some go as far as putting them in the same crib when they are young. Maybe there’s some truth to the whole twin telepathy thing…

What is ‘Sexsomnia’? The Real Disorder People Can’t Remember

A 2021 personal essay in Well + Good on the subject has recently resurfaced and gives us a look into what this disorder can look like for real people. The writer of the piece, Morgan Mandriota, describes a particular sleepover at a friend’s house where she was moaning so loud in her sleep that her friends parents were woken up and thought the two were having sex. This disorder also brings up concerns around the question of consent, which is why experts recommend talking to your partner and developing a plan around how to respond to any potential episodes.

And remember: If you or someone you love suffers from this disorder, you should not feel ashamed or embarrassed – it’s a medical condition, and it doesn’t mean there’s anything wrong with you.

I Have Sexsomia, a Disorder That’s Like Sleepwalking…but for Sex Acts

The So-Called Makeup You Can Sleep in – Does it Work?

Everyone tells you don’t sleep in your makeup. Well, Youthforia begs to differ. Founder Fiona Co Chan created a brand of makeup products that are allegedly skincare-approved, which have been circulating on TikTok recently.

Refinery29 writer Amanda Mitchell decided she had to test it out after Chan said after months of sleeping in their blush, it actually made her skin smoother. Mitchell opted for her normal makeup routine and implemented Youthforia products where she could. She went with the brand’s Pregame Primer and BYO Blush, which is said to adapt to your skin’s pH. Fast forward after a 7 and a half hours rest, Mitchell provided her feedback. While she loved the blush, she felt that she did look like she slept in her makeup. However, she praised them on the feel of her skin. Not only did she feel like she didn’t sleep in her makeup, but while her skin normally feels “dry and achy” after sleeping with a full face of makeup, this time around she felt “moisturized and soothed,” which she credited to the primer. Would you try Youthforia products?

Makeup You Can Sleep In Is A Thing — But Is It Good For Your Skin? An Investigation