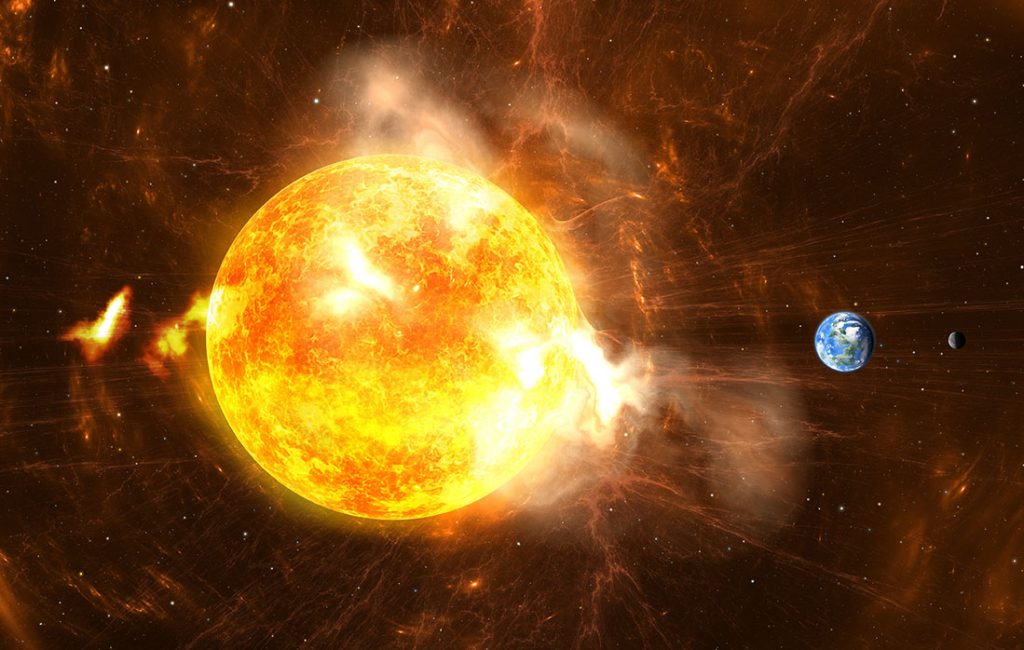 A massive solar storm is set to hit Earth’s magnetic field today (August 3) due to solar winds from a “hole” in the sun’s atmosphere, according to a recent alert by the National Aeronautics and Space Administration (NASA). And many more are coming, according to NASA.

Because of the magnetic interference, geomagnetic storms may also desynchronize your circadian rhythm—affecting your pineal glands and increasing melatonin—disturbing your sleep and impacting your intuition.

Every so often the Sun “hiccups” which is what scientists call a coronal mass ejection (CME). During this hiccup, plasma is ejected and over the course of several hours, a billion tons of material are lifted from the Sun and dispersed through the atmosphere. This happened most recently on July 31, which was then followed by an almost M1 flare (C9)—M1 flares are minor solar flares and occur on average about 2,000 times per Sun cycle.

The sun activity slowed on August 2, but experts continued to monitor the area because of the solar prominences. They predict that “Within the next 24 hours, the forecast is for a 35% chance for C flares, 10% chance for M flares, and 1% chance for X flares,” says C. Alex Young, Associate Director for Science, Heliophysics Science Division, NASA Goddard Space Flight Center in an article published on Earth Sky.

Young continues, “The geomagnetic field is currently quiet. Due to the arrival of the high-speed solar wind today, August 3, the geomagnetic levels may reach minor (G1) geomagnetic storm levels.”

A G1 geomagnetic storm can cause minor fluctuations in power grids and impact some satellite functions—including mobile devices and GPS systems. Geomagnetic storms are triggered when planets with strong magnetic fields, like Earth, absorb solar debris.

During these storms, Earth’s magnetic field gets compressed slightly by the waves of highly energetic particles. These particles release energy in the form of light to create colorful auroras, similar to the ones that make up the Northern Lights.

The recent solar flare results from the Sun becoming more volatile due to the Solar Cycle 25, which began in December 2019. According to NASA, the volatility is expected to continue as the cycle progresses—impacting lives, technology, satellites, and astronauts in space.