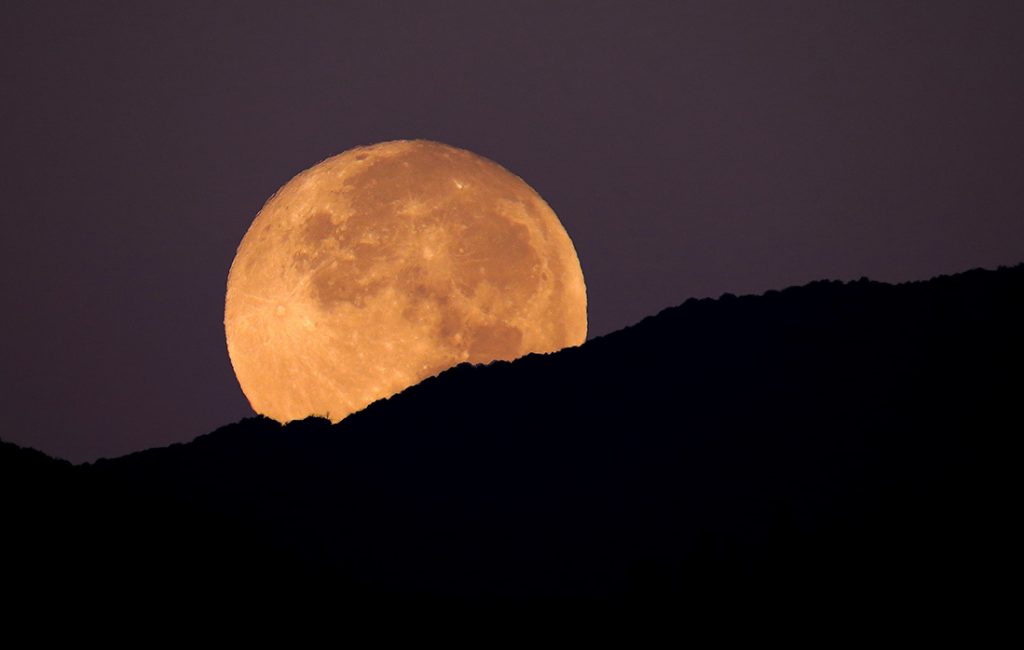 The third supermoon of 2022 rose on Wednesday, July 13th, and if you noticed a little more trouble with your sleep, you aren’t alone. Moon cycles indeed affect sleep cycles, sleep quality, and duration.

What Is a Supermoon?

Supermoons are so named because while it may be imperceptible to the human eye, these moons are about 7 percent larger than the average full moon.

The supermoon that rose on July 13th is also known as a Buck Moon, which according to the Old Farmer’s Almanac, is so named because “the antlers of male deer (bucks) are in full-growth mode at this time.”

February’s supermoon is called the Snow Moon, so named for the abundant snowfall during that time, and May is the Flower Moon, so named, as you might have guessed, for the new spring foliage bursting forth from the earth.

Supermoons and Restful Sleep Do Not Mix

Throughout history, full moons have been blamed for a host of things, including bizarre behavior, emotional fever pitches, and even an uptick in emergency room visits, but evidence of the aforementioned was largely anecdotal, with little scientific proof to back these tropes up.

What we can find scientific proof of, however, is the fact that moon cycles can have an effect on your sleep. In fact, there are plenty of studies that corroborate this belief.

One study showed that in the days leading up to a full moon, “electroencephalogram (EEG) delta activity during NREM sleep, an indicator of deep sleep, decreased by 30%, time to fall asleep increased by 5 min, and EEG-assessed total sleep duration was reduced by 20 min.”

In other words, participants of the study took longer to fall asleep, experienced shorter sleep, and slept less deeply. It’s also worth noting that these disruptions occurred in the few days leading up to the full moon and continued a few days past the lunar phase.

In another study, researchers found that during a full moon, the total sleep time of the participants decreased by 25 minutes, and sleep latency (the amount of time it takes to fall asleep) increased by a whopping 30 minutes.

We can certainly go on, but the takeaway is that study after study shows that moon phases do, in fact, affect sleep.

Blame It On The Moonlight?

While research conclusively shows that moon phases, specifically full moons, do affect sleep duration and quality. But, why?

In a more recent study on moon cycles and sleep, scientists at the University of Washington, the National University of Quilmes in Argentina, and Yale University conducted a comprehensive evaluation of sleep and lunar cycles. Researchers observed variations in both the time of sleep onset and the duration of sleep in urban and rural settings — from Indigenous communities in northern Argentina to college students in Seattle.

Ultimately, this may indicate that our natural circadian rhythms are somehow synchronized with the phases of the lunar cycle.

Regarding these results, the research team lead, UW professor of biology Horacio de la Iglesia, told The University of Washington, “We see a clear lunar modulation of sleep, with sleep decreasing and a later onset of sleep in the days preceding a full moon, and although the effect is more robust in communities without access to electricity, the effect is present in communities with electricity, including undergraduates at the University of Washington.”

The TLDR: data pulled from the study suggests that “moonlight likely stimulated nocturnal activity and inhibited sleep in preindustrial communities and that access to artificial light may emulate the ancestral effect of early-night moonlight.”