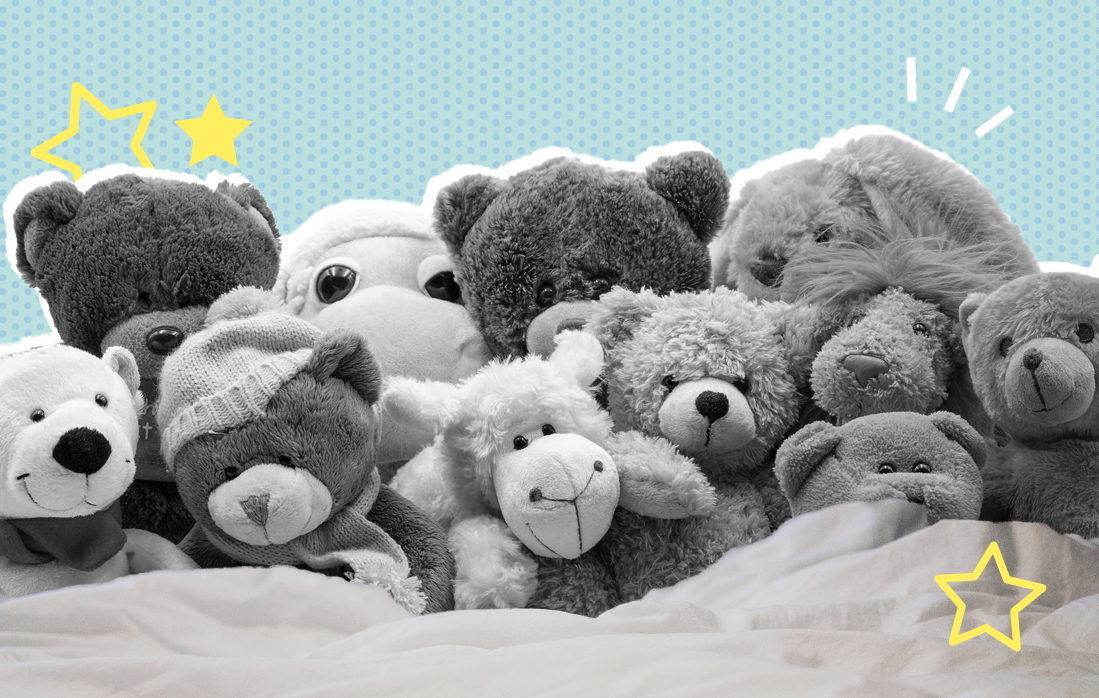 If you’re on TikTok, you may be familiar with the Deal family. Parents Brandon and Meagan have taken the video platform by storm with their daughters, McKenzi and Sarah, sharing relatable family content and spreading awareness for those suffering from hearing loss. The Deal Family has also opened up on the app about the loss of their son, James, who was stillborn. Through their stories, they’ve become a place for support and comfort for others.

The family, who posts under Brandon Deal’s account, has 2.1 million followers and 73.3 million likes on Tik Tok, as well as tens of thousands of followers on their Instagram accounts.  While the family regularly posts silly content, one part of their lifestyle they often share about is co-sleeping.

The Deal parents, along with their two daughters, all sleep in one bed. They explain a big part of this arrangement has to do with McKenzi. McKenzi, who turns 11 years old in May, lost her hearing by the age of 6 and now has a cochlear implant, which helps her to hear.

“It originally started out I (mom) was too worried for McKenzi to be alone at all, not even across the room but definitely not outside of our room,” Meagan explained of how the arrangement came to be. “I needed to have my hand on her at all times during the night.”

The parents say the arrangement just stuck, and then came Sarah Grace. “We knew we would feel better with them still staying with us so we have just kept it that way.” They noted that there isn’t a specific reason for Sarah Grace sleeping with them, other than the two parents just love keeping their daughters close.

Highlighting a reason they co-sleep in this Tik Tok video, posted in November of 2021, Brandon speaks with McKenzi about her processor (which is basically the battery that charges her cochlear implant). She explains that she takes it out at night and puts it on a charger when she sleeps. Since she is deaf, this creates a completely silent sleeping experience. Although that may seem like an ideal situation for some, it creates a scary environment for McKenzi.

Another Tik Tok on the topic,] posted to the account in January of 2021, expands on this.  McKenzi states that she doesn’t feel safe sleeping alone in her bedroom. She then gets out of bed and walks into her parents’ room, proceeding to hop into bed with them and her young sister. She then says it feels better sleeping in their room with them.

McKenzi and her father discuss it further in another video, how if any alarms were to go off, or an emergency was to happen, McKenzi would be unable to hear it. This is why they feel it’s so important to sleep together because if anything bad were to happen, her parents would have her back and would be there to wake her up.

When I asked whether co-sleeping affected their sleep quality, they responded, “Sometimes. Since there are 4 of us in the same bed, if one has a bad night then it can wake the rest of us. However, noises do not wake Kenzi, and Sarah is a pretty sound sleeper. It’s mostly Mom and Dad who don’t get the good sleep every now and then.”

Mckenzi, along with the rest of her family, is unapologetically herself. And they aren’t afraid to call out anti-co-sleepers, which Meagan and Brandon say stems from fear and lack of education on the subject. Co-sleeping with children is known to be a pretty controversial topic, though. While it’s generally considered safe to co-sleep with toddlers, the answer is a little more complicated when it comes to babies under 1.

As Sleepopolis has previously reported, the American Academy of Pediatrics recommends against co-sleeping with babies. “While there are ways to make an adult bed less dangerous, there is no way to make it safe for a baby,” Christy Schunn, executive director of the Kansas Infant Death and SIDS Network, told Sleepopolis in 2021. Some potential dangers include potential suffocation from blankets or even accidentally rolling on top of a child.

That said, not every expert believes it’s dangerous. Dr. Tracy Cassels, a parenting and sleep consultant at Evolutionary Parenting, a resource she created for parenting and child development, told Sleepopolis that back in the days of hunter-gather tribes, sleeping with your infant was a necessity. “For the vast majority of history, women have been co-sleeping, or bed-sharing, with their infants,” she said.

Our recommendation? If your baby is under 1, talk to his or her pediatrician before making the move to bed-sharing. Once a baby is easily able to roll herself over on her own (generally around the 1-year mark), you’re in the clear.

What are your thoughts on sharing the bed with family members? Do you have any personal experiences? Shoot me a message at carley.prendergast@pillarfour.com.