If you’ve had to an early morning or a busy day before boarding a long flight, it can be tempting to just doze off immediately upon buckling your seatbelt. However, experts are now advising against dozing off too fast, as sleeping during takeoff or landing may lead to damage to your eardrums and hearing.

While it’s definitely not a complete no-no to sleep during a flight, it’s good to be smart about it in order to get your trip started on the right foot. Here are some tips to consider before snoozing away after takeoff.

Wait Until You’re Airborne to Sleep 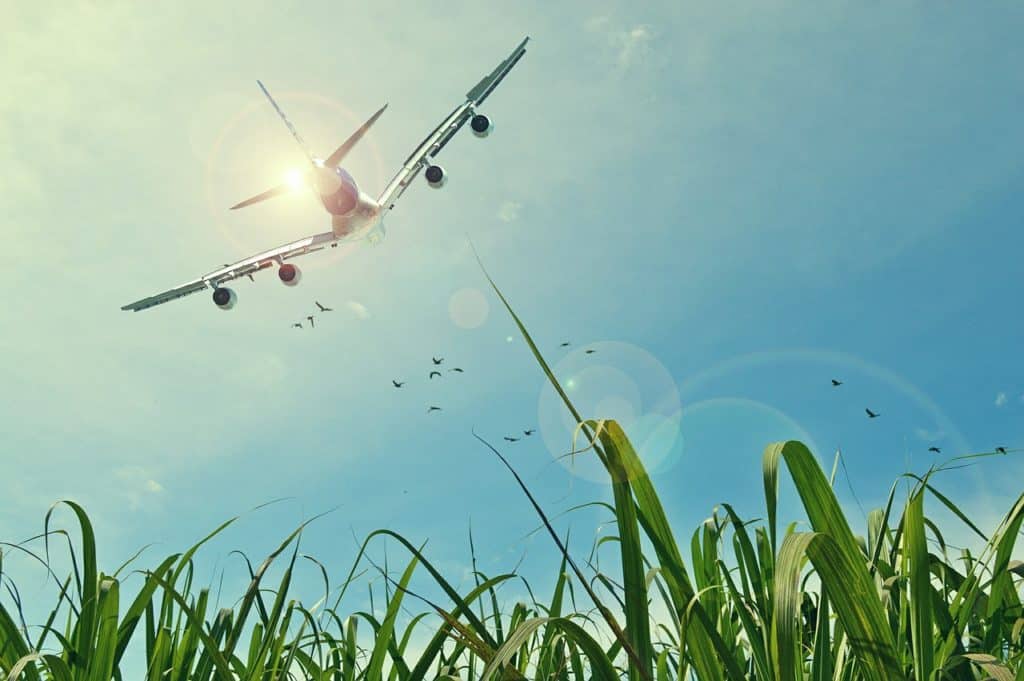 When a plane takes off or begins to land at its destination, the cabin’s air pressure changes quickly with the change in altitude, and if you’re not awake and prepared for the acclimation, it can cause pain and blockage in your eardrums. This is due to the change in air pressure in your ear, and if this change catches you off guard, it can make the ears sound dull and feel blocked, which can also temporarily affect your hearing.

According to the U.S. National Library of Medicine, if your ears remain blocked, it can lead to other problems including dizziness, nosebleeds, eardrum damage, ear infections, and long-term hearing loss. Staying awake during takeoff and landing and chewing gum, drinking water, or blowing your nose to reduce congestion can all help to gently “pop” your ears and equalize the extra pressure on your eardrums at the end of a flight.

Lastly, kindly ask one of your seatmates or traveling companions to wake you if you happen to still be asleep when the plane is preparing for landing.

It’s always good to get up and move a bit if your flight is longer than a couple of hours, as this can help to reduce the risk of blood clots, which increases when you’re sitting in a confined space for more than four hours. Avoid crossing your legs when sitting down to reduce your risk as well.

Chances are you won’t be able to sleep for an entire flight, anyway (especially if it’s longer than a couple of hours), so get up to stretch your legs every time you pop back awake. This will also help your legs and body to not feel so stiff upon finally exiting the plane.

Some medical experts would advise against taking a sleep aid while on a long flight, especially if you don’t know how it will affect you. Not only will it have you not moving for much longer than recommended, which can increase the risk of those aforementioned blood clots, it will also likely leave you feeling groggy and disoriented upon your arrival.

Stick to Drinking Water, Not Alcohol

It’s a good idea to pass on alcoholic beverages during long travel times, as high altitude can contribute to dehydration. Boozy beverages are known to help most people doze off for a short time, but they can also leave you with a gnarly headache (and definitely not feeling well-rested) upon waking up if you’re not also drinking plenty of water. Take it a step further and also pack a sleep-friendly snack to enjoy on your flight.

If your goal is to prevent jet lag, we understand why you might try to get a head start by sleeping on your flight. However, similar to changing your sleep habits with the seasons, this would usually require some strategic planning.

For instance, it’s better to sleep for the first half of a long flight if you’re heading east if it’s already nighttime while you’re en route. A better solution might just be to go to bed and wake up an hour or so earlier than usual in the days leading up to your travel. Once you arrive, avoid napping to speed up the adjustment process.

Is It EVER Okay to Sleep During a Flight?

As long as you’re prepared to take in-flight sleep quality (or lack thereof) with a grain of salt, we say go for that in-flight nap. It might seem counterintuitive, but if you do plan to snooze in transit, we recommend opting for the aisle seat instead of the window to encourage yourself to take those necessary stretching and walking breaks.

Save hundreds on our top-rated mattresses and sleep accessories!