The Dangers of Drowsy Driving

We’ve all had moments during a long road trip where we want nothing more than to arrive at our destination, stretch our legs and climb into bed as quickly as possible. While that’s perfectly normal, the trouble comes when that urge to get some shuteye becomes more urgent, manifesting itself as drowsy—and dangerous—driving. 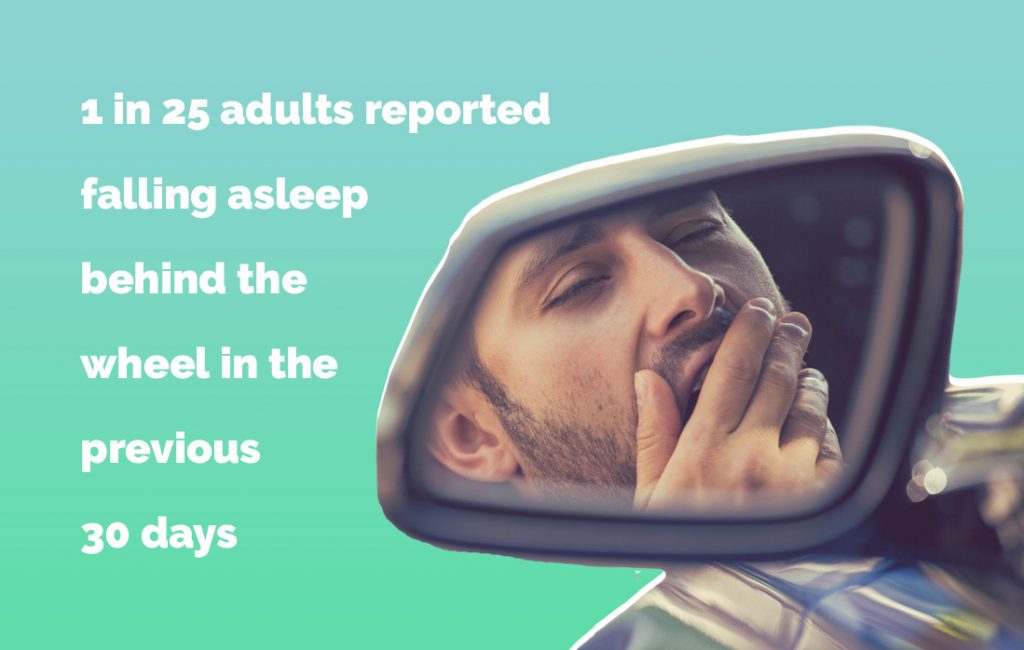 What is drowsy driving?

Drowsy driving is a dangerous combination of driving while sleepy or fatigued, which creates impairment levels that can mimic driving under the influence of alcohol. Drowsy driving can happen for a variety of reasons, but most often it happens due to:

And though you might think it’s uncommon and unlikely to happen to you, that isn’t the case—an estimated 1 in 25 adult drivers reported falling asleep behind the wheel in the previous 30 days.

Though most of us spend more time in a car than any other vehicle—and therefore feel the most safe in cars—motor vehicles are actually one of the most dangerous forms of transportation around. Drowsy driving is a significant contributor; studies show:

Who is most likely to drive drowsy?

A variety of factors, including someone’s lifestyle and profession, may contribute to their likelihood of drowsy driving. Top indicators include: 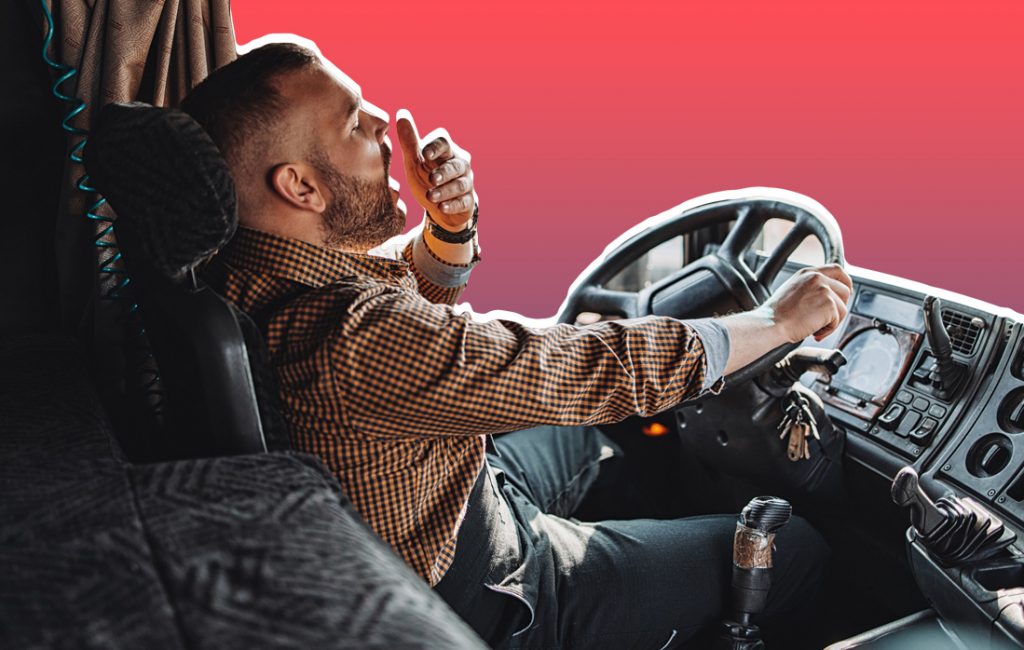 What are common signs of drowsy driving?

Drowsy driving comes with some common warning signs. Folks who are driving late at night, for long periods of time or on little sleep should be alert for:

If you’re experiencing any of these warning signs, it’s best to switch drivers or pull over immediately.

What are the risks of drowsy driving?

Drowsy driving comes with serious risks—some data shows that drowsy driving is just as dangerous as driving under the influence of alcohol. The most significant risk a drowsy driver faces is a car crash. Though drowsy drivers might hope for nothing more than a simple fender bender in these cases, fatigue-related crashes are often associated with high injury levels, putting both the drivers, passengers, and anyone in the other vehicle at risk for significant injuries or death.

The takeaway? Tiredness can kill. Take a break if you feel the symptoms creeping up on you.

Truck drivers are particularly likely to engage in drowsy driving due to their lifestyle and profession. Exhaustion amongst truck drivers is so common there’s a specific term for it—truck driver fatigue. Studies show that around 64 percent of truck drivers experience some kind of fatigue regularly, with around 27.5% of them experiencing insomnia. On top of that, most truck drivers average around five hours of sleep per night—nowhere near the recommended 7-9 that is advised for adults.

And while truck drivers might think they can push through the exhaustion, it’s best not to test their luck—13 percent of truck drivers who were in an accident reported feeling drowsy at the time of their crash, and chances are there are others who felt drowsy and didn’t report it. Overall, it’s best not to gamble when heavy machinery is involved—if symptoms of drowsy driving or truck driver fatigue kick in, find a place to rest before continuing on your route.

Microsleep is more common than you might think and extremely dangerous—have you ever been driving and realized you have no idea how you got from point A to point B? There’s a good chance that it was an episode of microsleep. Microsleep is deceiving in that you can appear awake and have your eyes open even while your mind isn’t processing any information around you. Those who suffer from sleep deprivation or sleep disorders may be more susceptible, but there are some precautions people can take to avoid microsleep, such as:

How can you avoid drowsy driving?

Though drowsy driving may seem inevitable when so many of us are sleep deprived, it’s imperative that we all do what we can to stay off the road when we’re driving for the health of safety of ourselves and those around us. The best ways to avoid drowsy driving include: 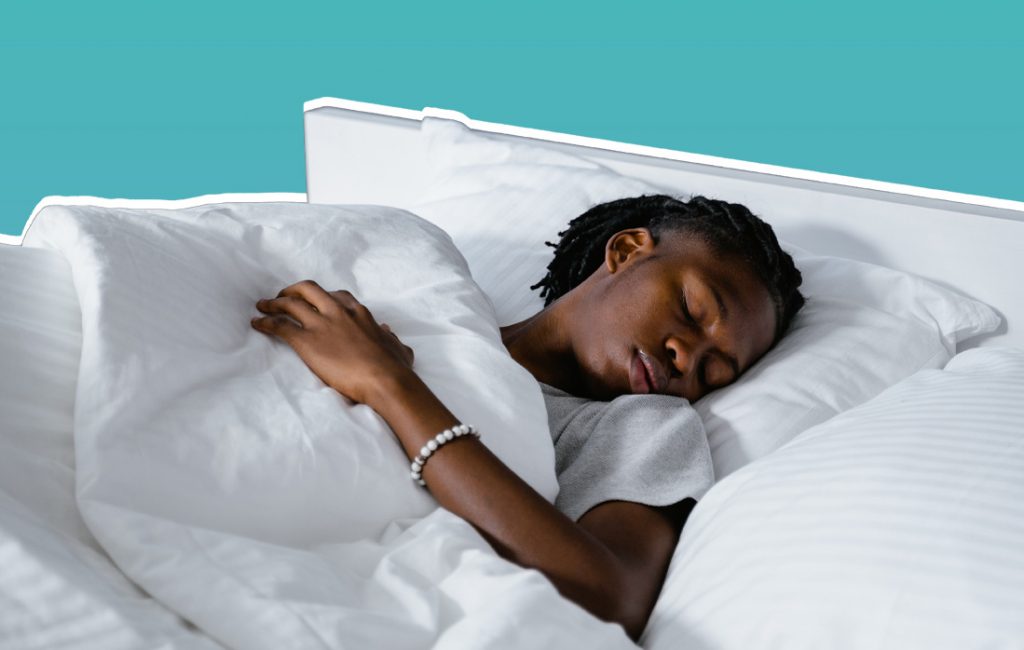 What to do if you catch yourself driving drowsy

If you catch yourself driving drowsy, it’s important to find an effective solution—rolling down the windows and blasting music isn’t going to cut it. Instead, we recommend drinking something with caffeine, switching drivers, or pulling over to take a nap.

Though we’re all living busy lives, it’s important to prioritize a healthy sleep schedule, especially if there’s a chance you might find yourself behind the wheel. Don’t push through symptoms of drowsiness while you’re driving—risking an accident or serious injury just isn’t worth it.