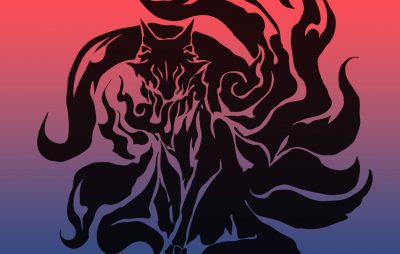 Throughout history, people have looked for answers to things that are hard to explain. Folklore and mythology began as an explanation for the unknown, like the origin of the moon, sun, and stars or the afterlife. Travel around the world, and you’ll hear stories about fantastical—and sometimes downright frightening—creatures, some of which are blamed for various sleep woes. In Japanese folklore, it’s a trickster fox known as the kitsune that has the ability to manifest in our dreams to trick and control us. But that’s not all this creature does.

What Is a Kitsune?

The kitsune is a fox-spirit with supernatural abilities—think shape shifting and wielding fire—in Japanese mythology. In Korea, a similar creature is known as the Kumiho. In China, there’s one called the Huli Jing. While there are regional differences, the stories about this mischievous, cunning creature are quite similar.

Kitsune are usually described as intelligent creatures, and stories and myths about them abound. Trickery is one of their skills. They’re very good at manipulating people—in their dreams and otherwise.

In Japanese mythology, there are said to be 13 types of kitsune, which correspond to different elements—celestial, wind, spirit, darkness, fire, earth, river, ocean, forest, mountain, thunder, sound, and time. Broadly, they can also be broken into two groups—zenko, or good, and nogitsune, or bad.

The good fox spirits are associated with the god Inari. They were said to serve as messengers and worshippers. They cannot bring harm to people. Statues of this type of kitsune can be found in shrines and cemeteries and are noteworthy because of the red bibs they wear.

Nogitsune are the kitsune most likely to directly interact with humans. They can be good or bad, though they veer toward the mischievous or even malicious. Many interactions between nogitsune and people end badly—at least, for the human involved. Still, some folktales of the kits

What Is the Story Behind the Kitsune?

Kitsune is Japanese for fox. But some believe that the origin of the name comes from “kitsu,” which is the sound a fox makes and also translates to “come here” in Japanese. One of the most well-known stories about the kitsune is from a story in the Nihon Ryouiki (“Japanese Ghost Stories”), a collection of Japanese lore. This particular tale is about a lonely, hardworking man who longs for a wife. One day, while working in his field, he saw a beautiful woman and fell immediately in love. He proposed on the spot, outlining all the ways he could take care of her, and she agreed.

They married and were happy for many years. At the birth of their child, the farmer discovered that his pet dog had also given birth to a single puppy. But as the puppy grew, it became more and more hostile to the farmer’s wife. One day, the now-grown puppy attacked the woman, who vanished. In her place? A fox with nine tails. Realizing what she’d revealed, the kitsune ran away, never to return. The farmer was heartbroken and spent months wandering his fields, calling “Kitsu-ne?”

Is the Kitsune Good or Evil?

Kitsune were said to seek human company for many reasons, but mostly nefarious. Usually, they were interested in sucking away a person’s life force or eating their flesh to steal their abilities, memories, knowledge, and human form. The older a kitsune grows, and the more people it has consumed, the more powerful it becomes. Some say that the kitsune can take human form after it passes 500 years and has gained enough life force from its human victims.

The story in the Nihon Ryouiki is unique in that the kitsune seems benevolent. But interactions with the kitsune tend to leave humans hurt in some way. In this case, the man’s heart was broken. In some versions, he dies of loneliness. In others, he goes out to search for him and never returns.While many folktales about the kitsune focus on their mischievous ways, there are others that portray them as faithful friends, lovers, and guardians.

Modern Portrayals of the Kitsune

The kitsune is among the most famous mythological creatures in Japanese folklore, thanks to its intriguing, enchanting persona. Today, the fox spirit can be found in video games, anime, even in Pokemon. Ahri, the nine-tailed fox, is a character in a video game called “League of Legends.” Kurama in the anime series “Naruto” is another modern kitsune. In Sonic the Hedgehog, you can play as Miles “Tails” Prower, also a kitsune.

In these portrayals, kitsune are conventionally cute in their fox form and attractive as people – all the better to enchant those around them. Their fire-wielding abilities, known as “fox fire” in Japanese mythology, is often highlighted, along with their trickster ways. While they’re often shown as a little wild, the kitsune in both folklore and anime can be very loyal.

Like their animal counterparts, kitsune are sly, cunning, and intelligent. Tales in Japanese folklore and mythology portray them as wild, often wicked, and mischievous—true tricksters able to enchant people both asleep and awake. But these popular figures are also considered true to their word and loyal to friendships.

Whether or not you believe kitsune are capable of controlling your dreams, it’s hard to deny these creatures make for a wonderful story!