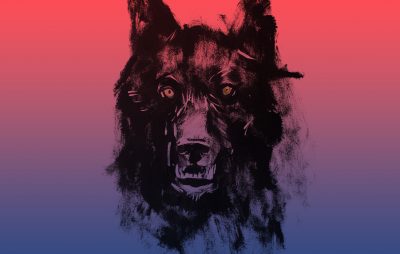 Mythology is filled with weird and wonderful creatures, but the fylgia still manages to stand out. This guardian spirit can be found in Norse mythology, where legends and tales tell a mix of interesting, sometimes confusing concepts abouts its origins, role, and appearances in dreams.

What is a Fylgja?

In Old Norse, fylgja translates to “to accompany,” “to follow,” and “to lead or guide,” all of which serve as a useful definition of this mythical creature’s role in a chosen mortal’s life. But fylga is also a homonym with the word that means “afterbirth.” See what we mean about confusing?

According to old Norse mythology, a fylgja (plural: fylgiur) is essentially a female guardian or attendant spirit. Some stories say they can appear as a beautiful woman. In this form, the fylgja attaches to a mortal at birth and follows the lineage for generations, serving as a guardian to the family. Other stories say the fylgja can also appear in animal form, often as wolves and bears. There are also tales depicting fylgja as eagles, hawks, falcons, boars, and oxen. Some versions of the legend say that the particular character and form of a fylgja are a symbolic representative of their owner — a noble bear, for example, or a sly fox.

Another version of the story comes from early Norse and Scandinavian beliefs, which held that a man had more than one soul, one of which could leave the body and become visible as a double of him or as an animal. These appearances were said to occur during dreams, but it could also happen when they were awake. The soul would become its own entity — a fylgja — and it shared a deep connection with its owner.

As guardians, the fylgja often appears to people in dreams, where it warns about looming danger or a future event to come. According to legend, these spirits are intimately connected to people — so much so that if a fylgja dies, so does its owner. Should the mortal die, however, the fylgja could move on to attend another member of the family.

The Legend of the fylgja

As a guardian, the animal form of the fylgja is said to appear to its owner in dreams with warnings of events to come. It can be seen during a person’s waking hours too, but that’s not a good thing — it’s considered an omen of death.

When a fylgja appears in the form of a woman, the legends call her a guardian spirit. But watch out — she can be a death omen too, if she’s astride a gray steed or invites you to her home.

Is the Fylgja Good or Evil?

Generally, the fylgja is seen as a good, protective spirit that appears in dreams to warn of danger or impending death. It’s said that the fylgja shares a deep connection with its chosen mortal, though some believe that a fylgja could abandon this individual if they thought them to be wicked.

Still, the role of guardianship could pose issues. Since the fylgja becomes so attached to its chosen mortal, some stories say they could become destructive or even murderous on their behalf. As ancestral matriarchs, the female forms of the fylgja could be both malevolent and benevolent. It’s another example of the general confusion that surrounds this particular mythological creature.

Modern Portrayals of the Fylgja

The fylgja is generally found in folk tradition from Norway and Sweden, with little to no modern portrayals in cinema or music. There are, however, multiple quizzes online to “Find your Fylgja!”

Written accounts of these guardian spirits go back as far as the twelfth century. But roughly 200 years later, the stories disappeared in written records and didn’t come up again until halfway through the seventeenth century. By then, Norse literary tradition portrayed the fylgja differently, with a darker side. In fact, the differences are so stark, some experts assume they aren’t the same thing at all.

Folklore about the fylgja is filled with different contexts and circumstances, all of which bring their own meaning to the stories. It’s no wonder the concept of the fylgja is clouded with mystery! Still, these spiritual attendants were generally regarded as their own, separate entities, and deeply invested in the individual they served. In Norse mythology, there is another commonality as well. The fylgja appeared in the dreams of their chosen mortal to warn about impending doom. In other words, it might be nice to think you have a sort of spirit animal guardian nearby keeping watch, but it’s best not to see these guardians — unless you’re dreaming, of course!