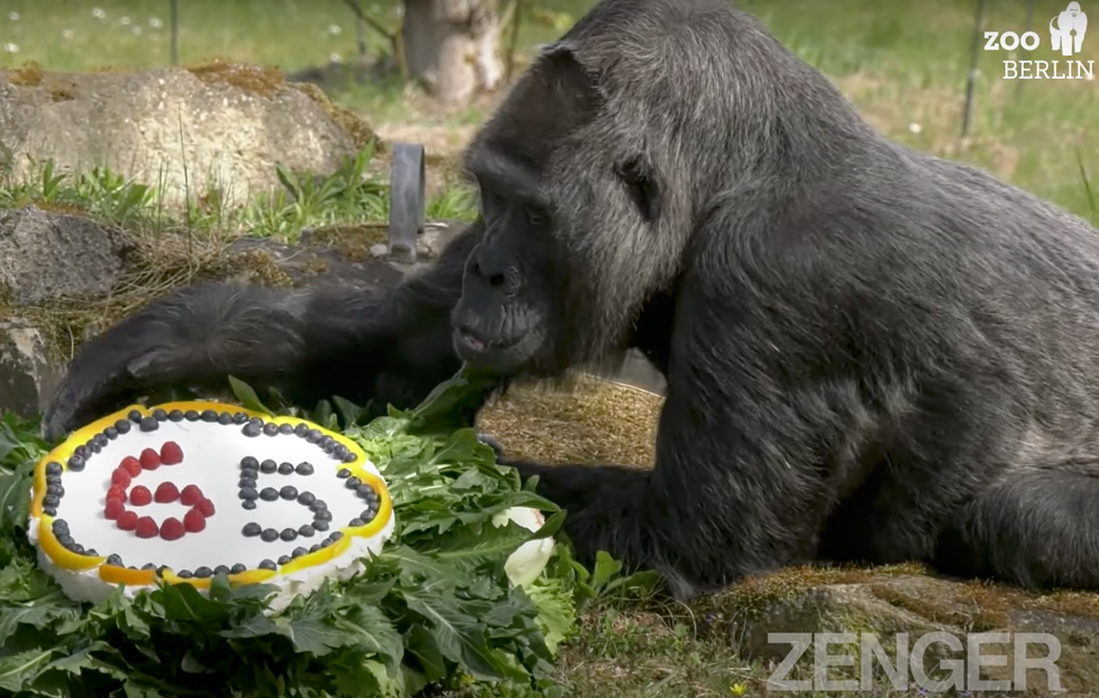 Last month, Fatou, who lives at the Berlin Zoo took the media by storm as she celebrated her 65th birthday.

But, the birthday got us thinking, what is Fatou’s life like? How does she sleep? How has her sleep changed as she’s aged? With these questions bouncing around our heads, we had no choice but to investigate.

Where do gorillas sleep? 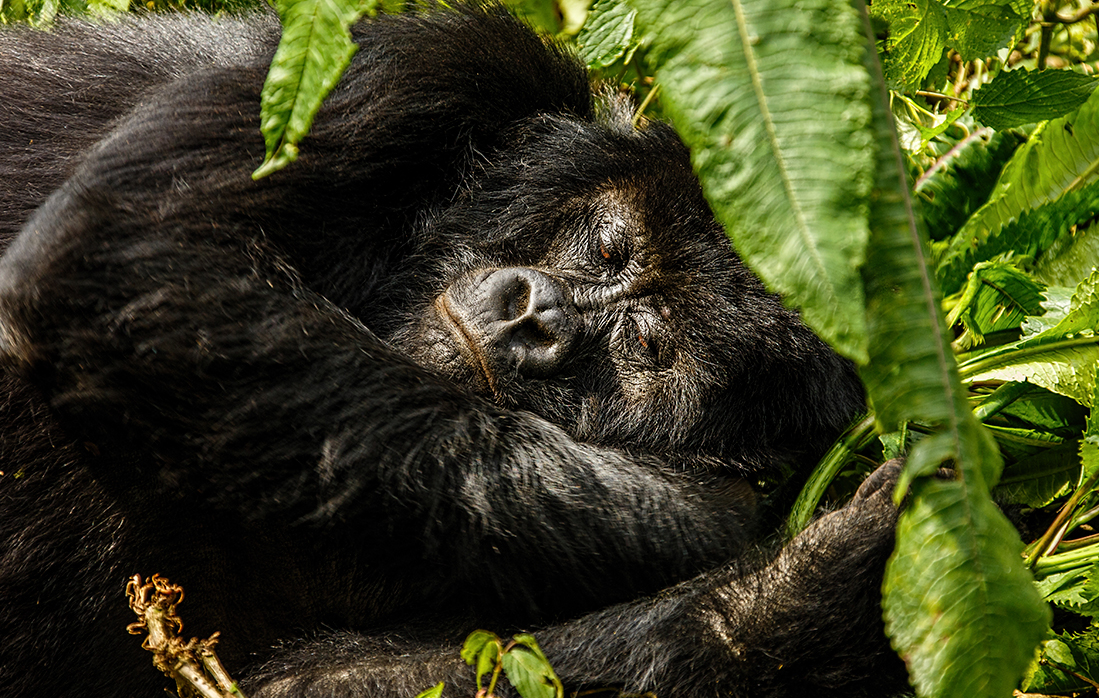 According to the Dian Fossey Gorilla Fund, gorillas build circular nests to sleep in each night. They do not sleep in the same nest twice. But they may build their nests close to the previous one. The nests are made up of leaves and branches.

Day nests are also not uncommon for younger gorillas for resting. They are quite quick to put together, in just 5 minutes, and are usually on the ground, but can be elevated as well.

“While mountain gorillas nest almost exclusively on the ground, the other types of gorillas as well as other great apes generally make their nests high in the treetops and off the ground from potential predators,” according to the Dian Fossey Gorilla Fund.

“Females and young animals prefer to sleep in trees, whereas silverback males hardly ever do,” writes the Berggorilla & Regenwald Direkthilfe e. V. (B&RD).

How long do gorillas sleep?

Gorillas start nest building an hour before sunset, and get in bed by nightfall. They sleep a bit longer than humans – an average of 12 hours per night.

But apparently, they can also sleep up to 17 hours a night, according to Uganda Safari Experts.

How do gorilla sleep habits vary by age? 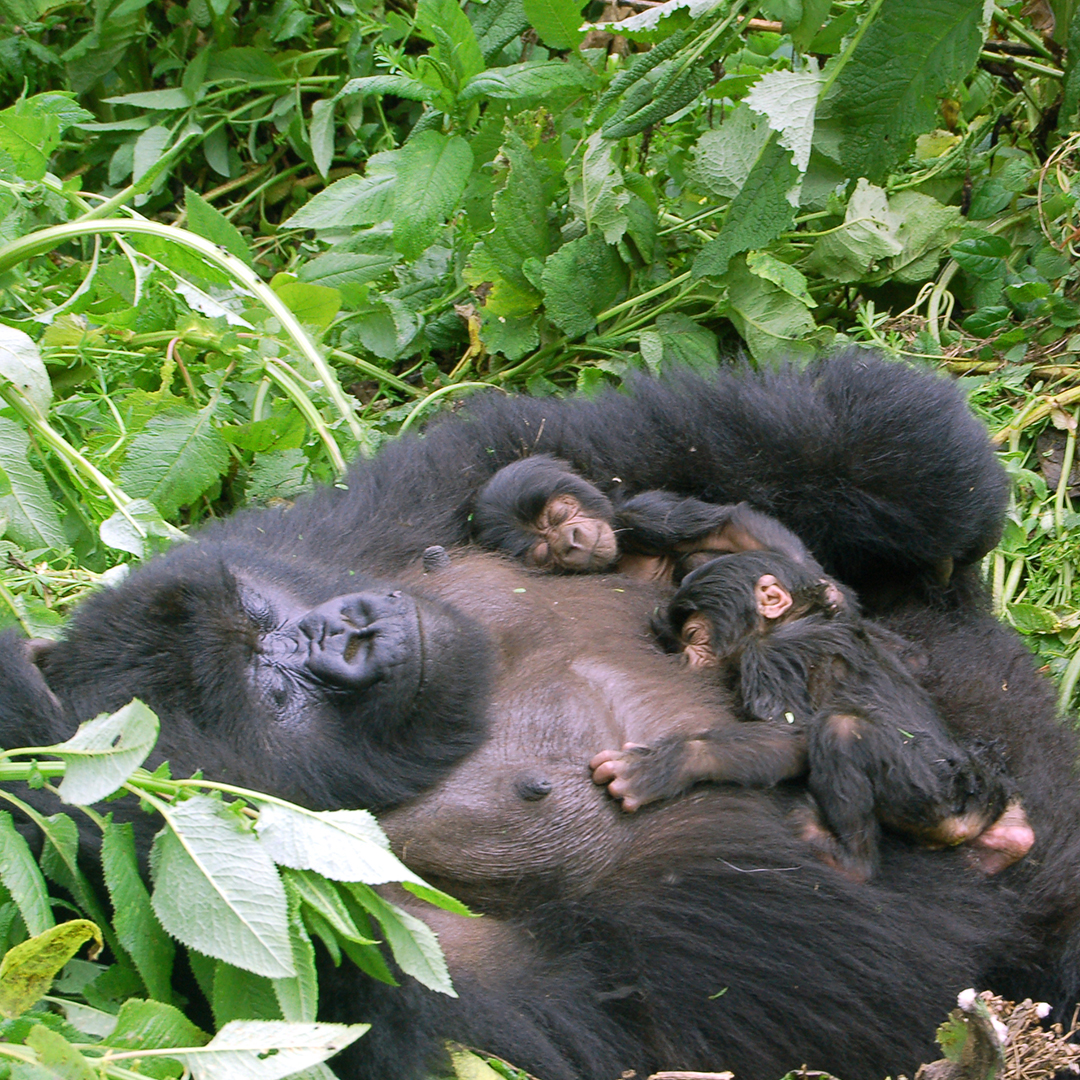 Infant gorillas stay in their mother’s nest until she has additional offspring, according to the Dian Fossey Gorilla Fund. After about four years, a young gorilla will start sleeping on its own and making its own nest that they learned to make while watching their mom or dad.

Do gorillas eat before bed?

According to the San Diego Zoo, gorillas eat in the morning. Then, they work on creating nests while the baby gorillas play. They then take a nap and eat until bedtime. Almost everything they eat is plant material.

What interesting sleep habits do gorillas have? 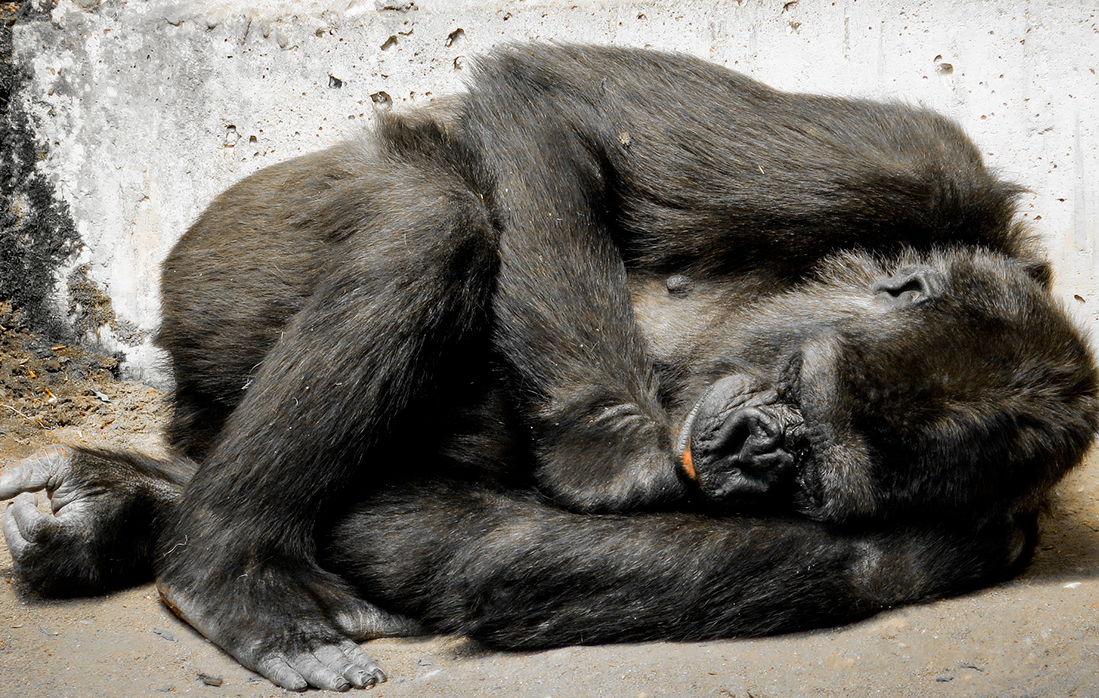 According to ergoflex’s article Sleeping in a Zoo – 5 weird yet wonderful sleep facts, “They spend around a third of their day resting and this is when they are social with other gorillas usually between midday and late afternoon.”

Want to know more about other animals’ sleep habits? Leave us a message in the comment box down below to let us know what animals you want us to investigate.