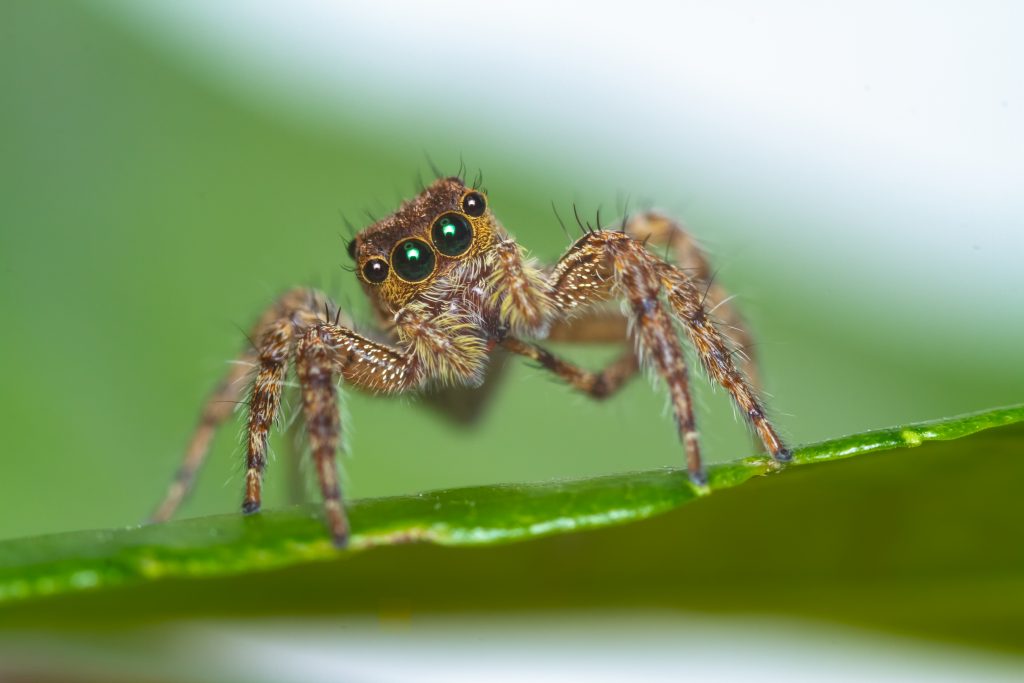 The REM (rapid eye movement) stage of sleep is a phase of deep sleep commonly associated with dreaming, muscle twitching, and brain wave activity resembling a waking state. And while science has long shown that in addition to humans, many other animals experience REM sleep, including primates, reptiles, birds, and octopi, very little is known about arachnids and sleep — until now.

In a new study published in the journal Proceedings of the National Academy of Sciences, researchers examined infrared footage of 30 baby jumping spiders (Evarcha arcuata) while they slept and ultimately found that they may, in fact, experience REM sleep.

Researchers found that come dusk; the spiders would hang from a single thread of silk. During periods of heightened activity in the overnight hours, they observed the adults of the species twitching their abdomens and curling their legs — an activity that may indicate a REM sleep state. The juvenile jumping spiders, however, offered more of a window into the goings-on, courtesy of their translucent exoskeletons and retinal tubes that move when they redirect their gaze. In the case of the latter, scientists were able to directly observe the characteristic eye-flickering of rapid-eye movement (REM) in the spiders.

Beyond clearing up whether spiders experience REM sleep, which is incredibly interesting in and of itself, additional research could shine a light on how widespread REM sleep is throughout the animal kingdom and maybe offer a hint or two regarding their evolutionary purpose.