Lights out. For real. Researchers have continually studiedhow going to bed in complete darkness helps us sleep better. Now,a recent study is exposing a new potential benefit of sleeping in a dark room that goes beyond feeling rested the next morning.

The study, which was published in the American Journal of Epidemiology, discovered that exposure to light while sleeping is linked to an increased risk of depression. (It’s worth noting the study had an older group of test subjects, averaging over 70 years old.)

Being exposed to even a small amount of light during sleep is linked to depression https://t.co/L8NPRlf0Xi

This research was lengthy and thorough; data was collected over two years from 863 participants. The average age of participants was 71.5 years old, all of whom were Japanese.

All participants reported no depressive symptoms at the beginning of the trial. Then, they each slept in rooms with ceiling-facing light devices attached to the head of their baseboard. These devices emitted different amounts of light “lux.” (One “lux” equals the amount of light emitted by a candle when you’re one meter away, and about five “lux” is equivalent to a street light shining through your window.)

The study’s conclusion was pretty eye opening (for lack of a better pun):

[Not sleeping in total darkness but want to try it out? There are a few products that can help, from blackout curtains to sleep masks.] 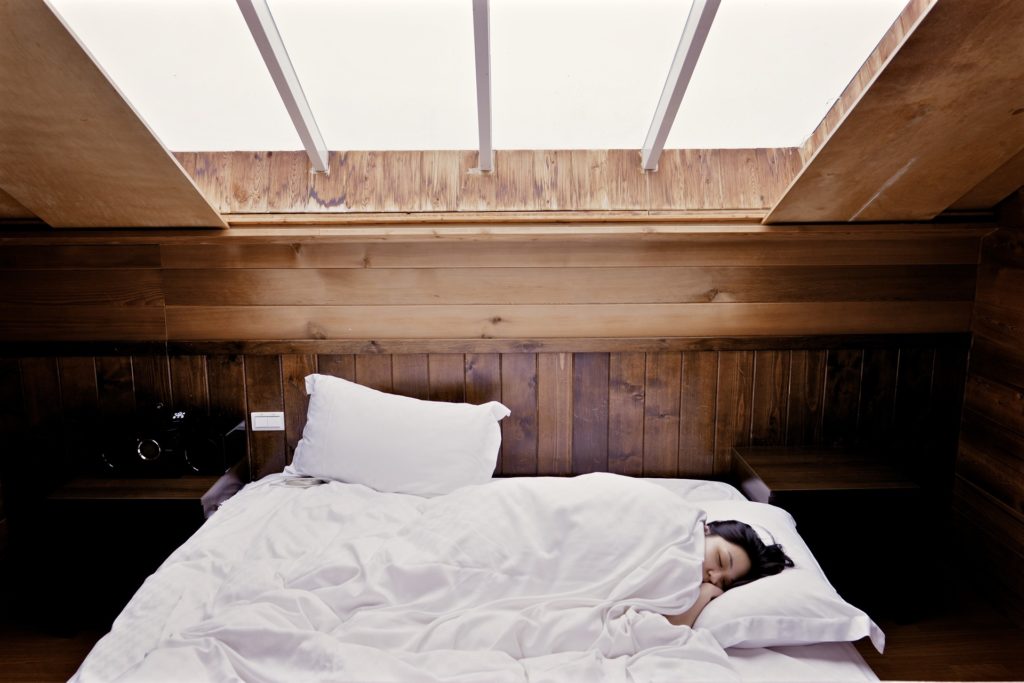 Professor Kenji Obayashi, who is from the Nara Medical University School of Medicine and is also the study’s co-author, reiterates that sleeping in darkness is not just for resting well, but to actually prevent mental illness:

“Maintaining darkness in the bedroom at night may be a novel and viable option to prevent depression.”

Still, you may be thinking: But all these participants were pretty old. While that is true, Professor Obayashi suggests there’s a link between LAN (“lights at night”) and depression no matter how old you are, suggesting that sleeping with light exposure can cause specific sleep disturbances that lead to depression. She warns that younger generations are at an even greater risk, given they spend so much time on their phones or other bright devices before bed.