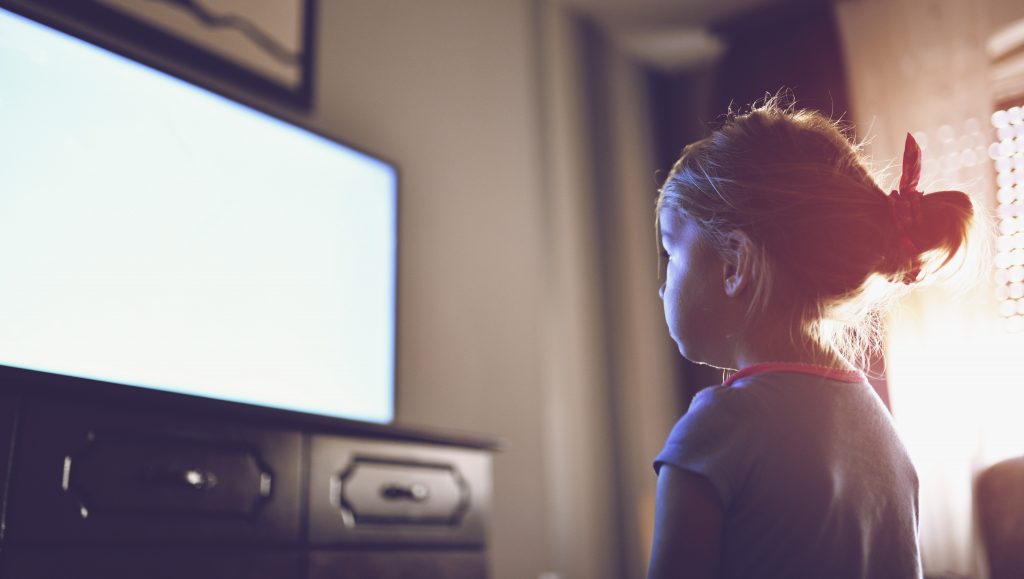 Pundits warn time and time again that TV is essentially a wasteland, and parents have been warned in equal measure to keep their kids’ screen time to a minimum. And while many parents still include TV in their kids’ bedtime routine, there’s evidence to suggest they may want to reconsider their approach.

A new study published in the journal Infant Behavior and Development shows that when TV is a part of kids’ bedtime routines, poor sleep quality and future behavioral problems are likely to follow.

One aspect of the study was that the sample consisted of mainly low-income and racial/ethnic minority families. One working hypothesis of the study was “that certain sociodemographic factors such as higher maternal education would predict reduced use of TV at bedtime, whereas others, like public assistance receipt, a proxy for reduced material resources, would predict greater use of TV.”

The study’s lead author, Elizabeth B. Miller, says the findings can still be applied universally.

“The evidence on this topic across multiple studies, including those done with higher income-families, consistently shows that TV use at bedtime is problematic for both sleep and daytime function regardless of the family’s economic resources or possible differences in cultural values surrounding sleep and TV use that may be indicated by race and ethnicity,” says Miller. “So too, in this sample, despite the heterogeneity between families and even children within families, harmful effects of TV use at bedtime demonstrate that these negative associations are pretty universal.”

Miller goes on to say, “We chose this sample precisely because a lot of the work in this area has been comparative between race and ethnicity or income. We wanted to examine predictors and relations within a sample that was entirely low-income and ethnic minority to examine what is actually predicting TV use and how it affects sleep and behavior. And that’s when we find things like parity (first birth) and public assistance use emerging. We also wanted to explore the specific mechanism by which TV use affects behavior, which we find to primarily be through sleep problems.”

Beyond the sociodemographic factors, the study also focused on an interesting age group — kids 24 months and younger.

“We were interested in this age because of its focus on pediatric research in young children around screen time and other routines like sleep,” Miller said. “There has not been a lot of research in this area with very young children (age 0-3), and in our sample, we examined this topic at 18 and 24 months.”

And while smart devices are ubiquitous and most warnings for parents use the umbrella term “screen time,” another interesting aspect of this study is that it honed in on TV viewing. “We specifically looked at the TV because close to 80% of mothers in the sample responded their children did not use other devices like phones or tablets at night,” says Miller. “This finding is consistent with national data that most screen time for toddlers involves a TV over other screens.”

Ultimately, the study found that for as much as 52 percent of the sample, TV was part of the child’s bedtime routine, and first-time mothers and mothers receiving public assistance were more likely to say they used TV at bedtime. And just as hypothesized, researchers found that TV use at bedtime was indeed related to delayed sleep, short sleep, aggressive behavior, and attention issues as much as six months later.

One notable limitation of the study was that sleep indicators and assessments were done via surveys and parent reports, which may call objectivity into question.