Whether treated as a lifeline or an occasional indulgence, coffee is undoubtedly one of the most popular beverages in the world. And for good reason — not only does it taste delicious, but it’s been shown to improve moods, reduce stress, and cut down on fatigue.

But which country consumes the most of this potent liquid? Check out the infographic below to find out! 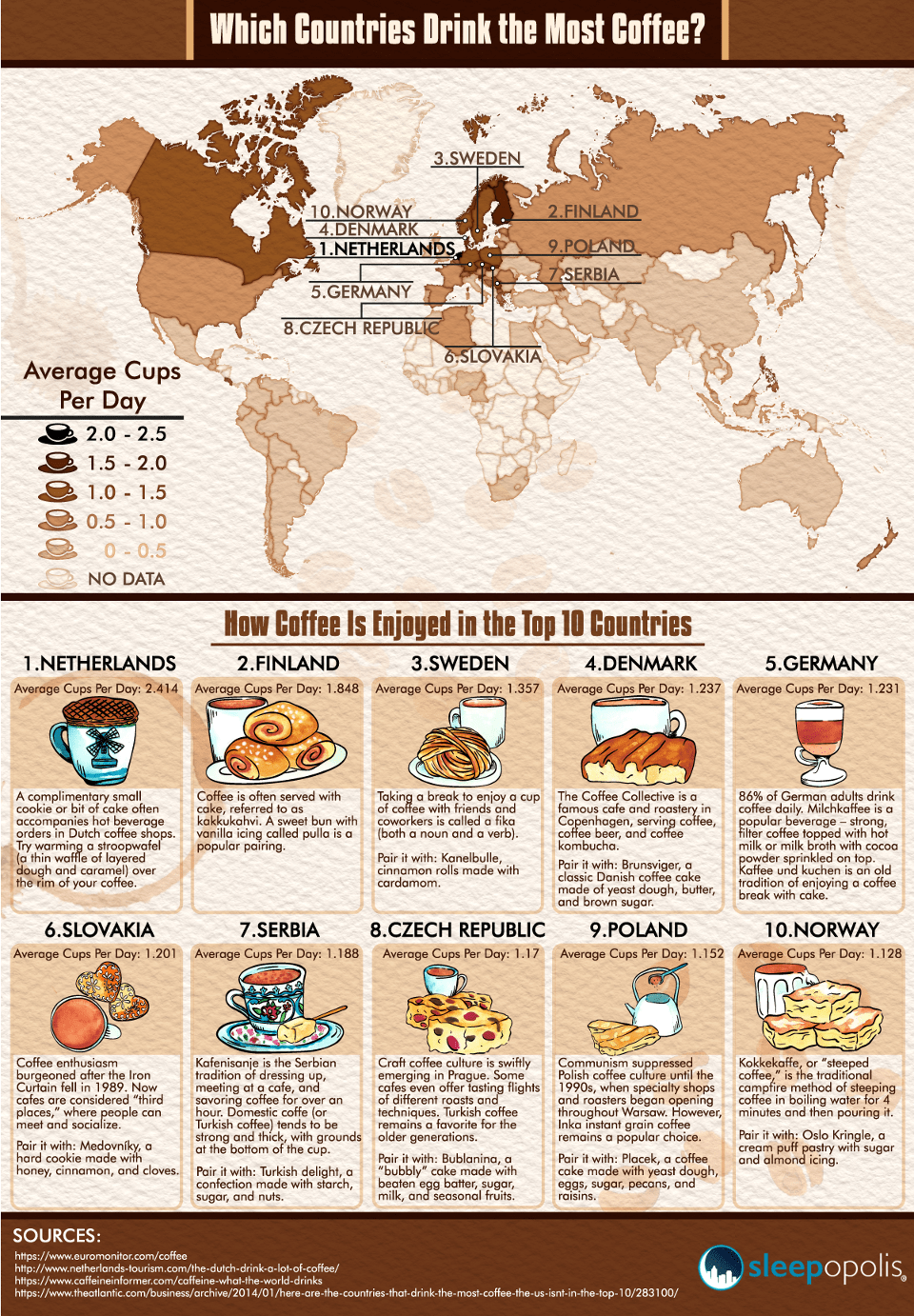 Want to share this infographic? Use this link or the embed code below!

Anyone who drinks coffee knows that the habit comes with a lot of questions. Should you brew your own or grab a cup to go? Down it hot or overpay for iced? Grab that afternoon cup and risk tossing & turning all night or crash at your desk? No matter how you answer the above, one thing that remains indisputable, is when it comes to drinking coffee, no one out drinks the Dutch.

If you live in The Netherlands, congratulations on your coffee drinking prowess! Not only do you have the Van Gogh Museum, the world’s tallest population and easily Google-able fun facts, you’re also super into coffee! Here’s your “The Starry Night” print as a reward.

Is There Something In The Water?

Could this be why these Nordic countries are ranked highly in many of the positive world lists. Finland especially has some striking accolades. They’re the happiest country in the world, the most literate country in the world, and the 3rd least corrupt country in the world. Has anyone studied whether coffee teaches you how to read and be awesome? We may not have the answer to that yet, but it does lead to another interesting question: Is there such as thing as too much (or too little) coffee?

How Much Coffee Is Too Much?

On average, the Dutch drink 2.414 cups of coffee daily, or roughly equivalent to the amount of times you have to repeat your order for that barista to get it right during the morning rush. That’s a lot of caffeine, and maybe more than you actually need.

This coffee intake doesn’t just factor in our Nether-brethren who partake either, it’s reflective of the entire adult population in the country, including non-coffee drinkers too. So if you’re one of the people who do drink coffee you’re likely imbibing more than those 2 plus cups daily. The numbers become even more staggering when you put it in terms of worldwide annual coffee consumption. The average person consumes about 1.3 kg of coffee per person per year. In The Netherlands, that number skyrockets, where the average coffee consumption annually is 8.4kg per person. Yeesh! When the Dutch finally hit the sheets, they might want to make sure they have the perfect pillow for their sleeping style otherwise it might take a while to finally fall asleep. 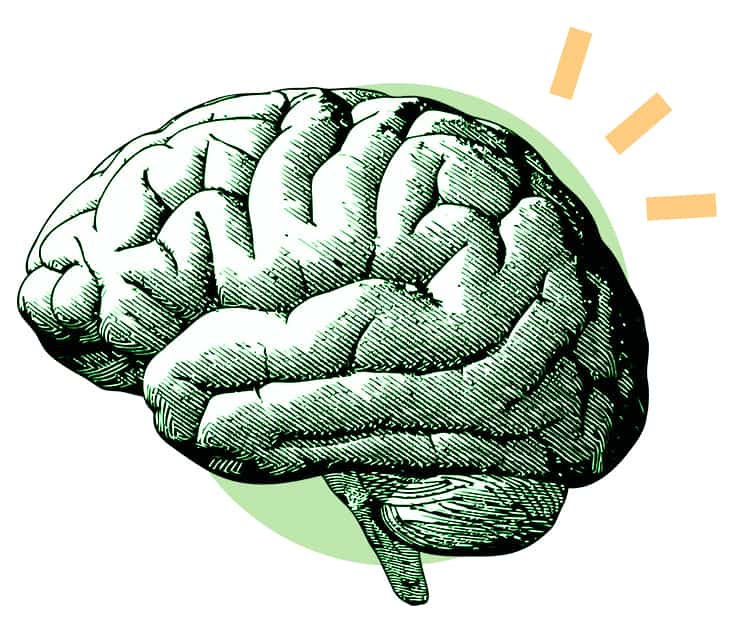 Speaking of sleep, how exactly does the caffeine in coffee affect slumber? Well, caffeine is technically the most commonly consumed psychoactive substance in the world and has been shown to to block adenosine recepters, which leads to increased firing of neurons related to concentration, memory, reaction time, and energy levels. In layman’s terms, this means caffeine can significantly reduce sleepiness and fatigue. (1)

While this can be great during the work day, it can pose some pretty significant problems at night. Studies have demonstrated that increased caffeine consumption during the day can lead to serious sleep issues, with one report suggesting that individuals should stop ingesting caffeine six hours before bedtime or face some pretty debilitating restlessness. (2)

At the end of the day, moderation is key. So, yes, snag a cup (or two) of coffee in the morning, but also remember to stick to a consistent bedtime and get yourself a fantastic mattress. Balance my friends, balance.

14 thoughts on “Which Countries Drink The Most Coffee?”