Guide to Postpartum Depression and Sleep: Tips for New Parents

Having a baby can be one of the most joyous moments in a parent’s life: After 9 months of waiting, that little bundle of joy is finally in their arms, and all eyes are on the baby. New mothers in particular might feel like they need to devote all of their attention to their newborn, but it’s important they pay attention to their own bodies and needs postpartum, as well. In the months right after birth, new mothers may be particularly vulnerable to changes that can affect their mental and physical health, including postpartum depression. 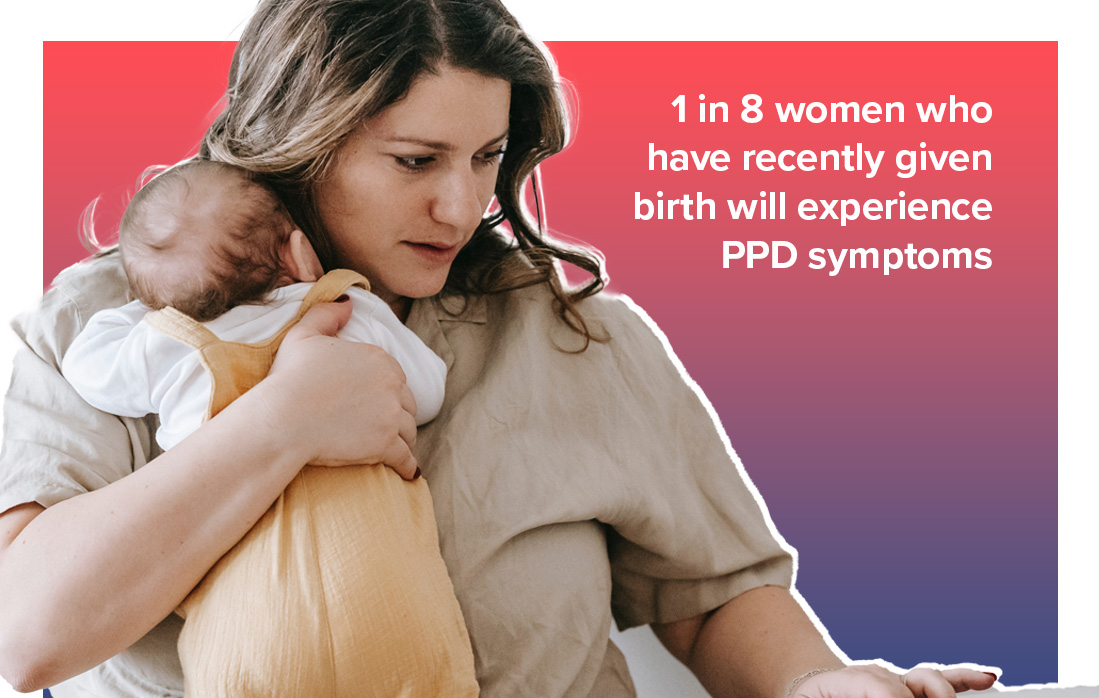 What is Postpartum Depression (PPD)?

While it can be easy to assume “it can never happen to me,” 1 in 8 women who have recently given birth will experience PPD symptoms. Some women are at higher risk than others, including women who have:

Though PPD can be incredibly challenging, it’s a very common part of the post-birth experience for many. It’s important for new mothers to stay vigilant and talk to their doctor if they feel they might have postpartum depression.

The Relationship Between PPD and Sleep

Postpartum depression can impact many different areas in a mother’s life, including the amount and quality of sleep she may be getting. The relationship between sleep and PPD is bidirectional, too: Recent studies show that symptoms of insomnia and low sleep quality can be independently linked with greater symptoms of depression both throughout pregnancy and postpartum. Likewise, depression can lead to poor sleep quality and symptoms of insomnia, which may make it difficult for a new mother to determine the source of sleep problems or depressive symptoms. Because of this, it’s important for new mothers to prioritize their own rest as much as possible and to be in touch with their doctors if she is showing signs of PPD.

How Does Postpartum Depression Affect Sleep?

Postpartum depression can have a significant impact on sleep for women after birth.

Women with postpartum depression typically experience poorer sleep quality than women without it, and that sleep quality can get even worse as PPD symptoms worsen. Oftentimes, women expect to feel fatigued and sleep deprived in the first few months after having a baby. And while some fatigue can be normal — or even a symptom of postpartum fatigue — it’s important that new mothers are paying attention to any other symptoms they experience to ensure they aren’t unknowingly struggling with PPD.

How Does Sleep Affect Postpartum Depression?

Just as PPD can affect sleep quality, the opposite is also possible. Sleep deprivation and poor sleep quality can both have an effect on PPD. One study found that women who experienced poor sleep efficiency (the ratio of total sleep time to time in bed) could be more likely to develop PPD or worsen their existing symptoms.

Another study demonstrated that sleep disturbances and poor subjective sleep quality (sleep variables such as total sleep time and time required to fall asleep measured by sleep diaries or post-sleep questionnaires) were associated with depression in postpartum. As new parents spend a great deal of their time waking up for feedings and trying to drift back to sleep before the next shift begins, mothers who have struggled with falling asleep in the past should be particularly aware of this possibility. 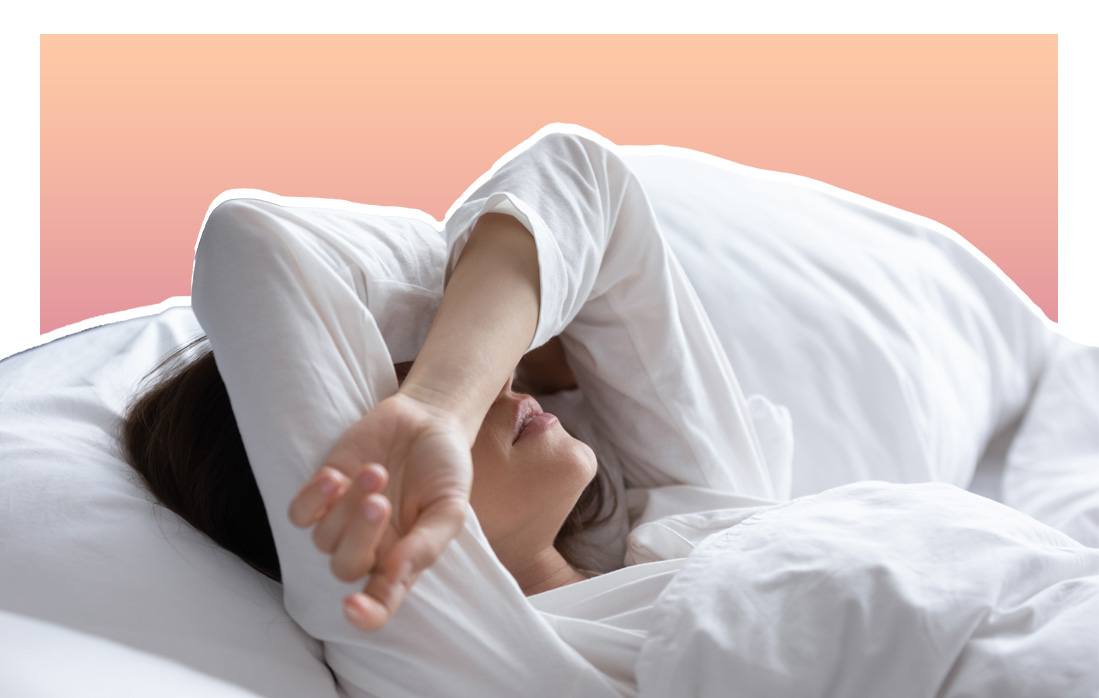 Nearly everything changes for a mother post-birth — their bodies, lifestyles, hormones, even their identities. And with so much changing at once, it’s a perfect storm for PPD. Understanding the causes and symptoms of PPD can protect a new mother in the event she develops PPD and needs to contact her doctor.

Symptoms of PPD may include:

Symptoms may start as early as 2 weeks after birth, often peaking between 6 and 12 weeks and can last indefinitely if left untreated.

New mothers should also be aware that they may have Postpartum Fatigue (PPF) rather than PPD, too. PPF has some of the same root symptoms as PPD — decreased capacity for physical and mental activity, lack of energy, difficulty concentrating — but it is considered a temporary and unavoidable part of parenthood postpartum.

Though PPD can be a significant challenge for new mothers, there is hope — postpartum depression can be treated in a variety of ways, including: 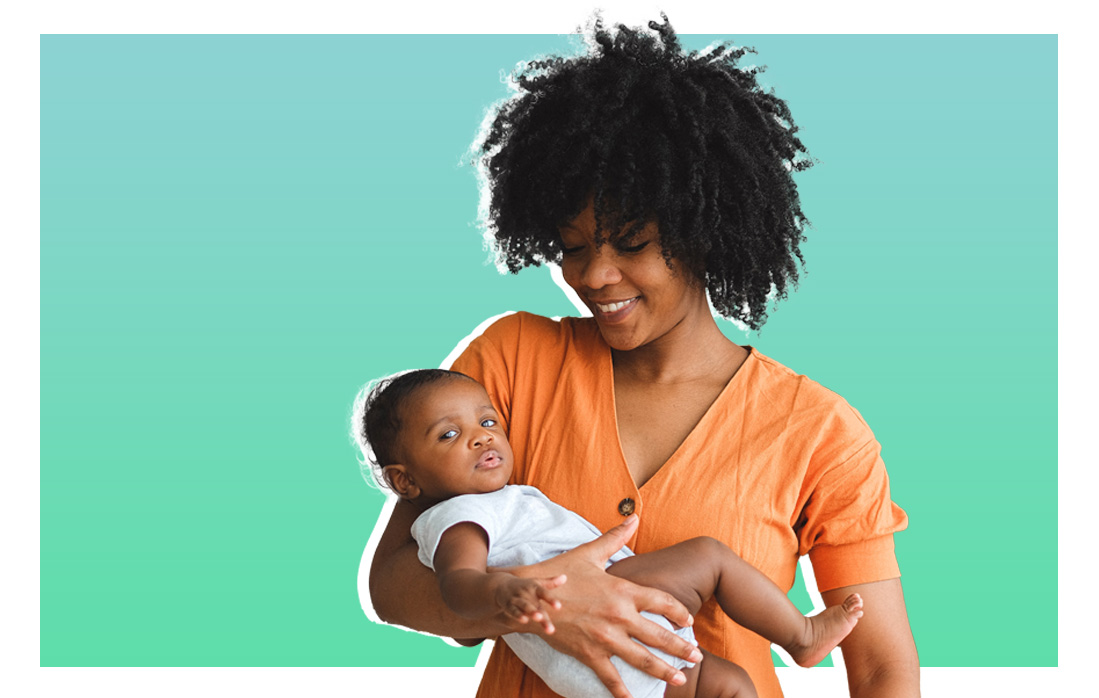 There are many myths out there surround postpartum depression that are important to debunk to prevent new mothers from suffering unnecessarily. Popular myths include:

It’s just the baby blues. The baby blues and PPD are completely different conditions with a different set of symptoms—don’t dismiss or downplay your symptoms or suffering!

PPD will go away on its own. Though postpartum depression is treatable, it won’t go away if it’s ignored or left unchecked. Your doctor can help you come up with the best treatment plan for you.

PPD can be prevented if I just…. There’s nothing a new parent can do to stave off PPD — the best thing to do is be on the lookout for symptoms and ready to talk to your doctor to come up with a treatment plan if you’re affected.

Postpartum depression occurs right after birth. Though PPD can occasionally kick in during the pregnancy or a year after birth, most of the time symptoms begin manifesting a few months after childbirth.

PPD only affects women. Though women are most commonly impacted by PPD, up to 10% of fathers get postpartum depression (also known as paternal postnatal depression), with those whose partners have PPD at a higher risk. It most commonly occurs 3-6 months after the baby’s birth.

Women with PPD may harm or kill their babies. This is false, and the myth likely stems from PPD being mixed up with postpartum psychosis, a serious and extremely rare disorder. Symptoms of postpartum psychosis include confusion, disorientation and delusions.

Women with PPD cry all the time. Emotions for women with PPD run the gamut and are certainly not limited to sadness. While some women may be tearful due to PPD, many others may instead feel numb, angry, irritable, or impatient.

Women with PPD don’t love their babies. PPD is a medical condition that does not reflect a mother’s love for her child. While PPD may affect a mother’s ability to bond with her baby while she experiences symptoms, it is not an active choice or a reflection of how she feels about her infant.

If a women didn’t have PPD with her first child, she’ll never have it. While women who have had PPD in the past may have a higher risk of developing it again, postpartum depression can happen after the birth of any baby, regardless of a mother’s history.

Though getting some shut eye can be difficult after bringing a newborn home, there are some steps new parents can take to make sure they’re getting as much rest as possible, including:

Opportunities to sleep with a newborn are precious, so take them when you can, including naps throughout the day. Likewise, if you have a family member or friend around who can keep an eye on the baby, and other children that you may have, to give you a break, take the opportunity to catch up on rest if possible.

Good sleep hygiene can correct habits that contribute to poor quality sleep at any phase of a person’s life, and post pregnancy is no exception. Some common practices for good sleep hygiene include:

If you have a partner who can help you, make sure you aren’t bearing the brunt of childcare duties by yourself, and be sure to accept help if friends and family offer. New parents might feel like they have to have parenthood figured out by themselves, but they say “it takes a village” for a reason!

Be patient with yourself

Adapting to parenthood — or bringing another newborn into your brood — is a steep adjustment. Give yourself some grace as you learn and adjust to your new lifestyle with your baby.

Adapting to life postpartum can be a challenge, and PPD doesn’t make it any easier. While your instinct might be to devote all of your time to your new baby, it’s also important to prioritize your own mental and physical wellbeing. If you find yourself exhibiting symptoms of PPD, don’t hesitate to reach out to your doctor to come up with a treatment plan that’s right for you.