When you think of someone with sleep apnea, what comes to mind? The image of an older, overweight man? You’re not alone, and you’re not wrong: it is true that age, weight, and being male are common risk factors for the condition. But despite widespread belief, sleep apnea affects people of all ages and genders. The signs and symptoms differ across demographic groups, exacerbating an already high underdiagnosis rate for the condition, especially in women and children.

This article will explore the unique, lesser-known symptoms of sleep apnea in women and children in the hope that with increased awareness, more people in these demographic groups will be diagnosed and treated.

To begin, let’s start with an overview of obstructive sleep apnea.

Note: The content on Sleepopolis is meant to be informative in nature, but it shouldn’t take the place of medical advice and supervision from your healthcare provider. If you feel you may be suffering from any sleep disorder or medical condition, please see a trained professional immediately. 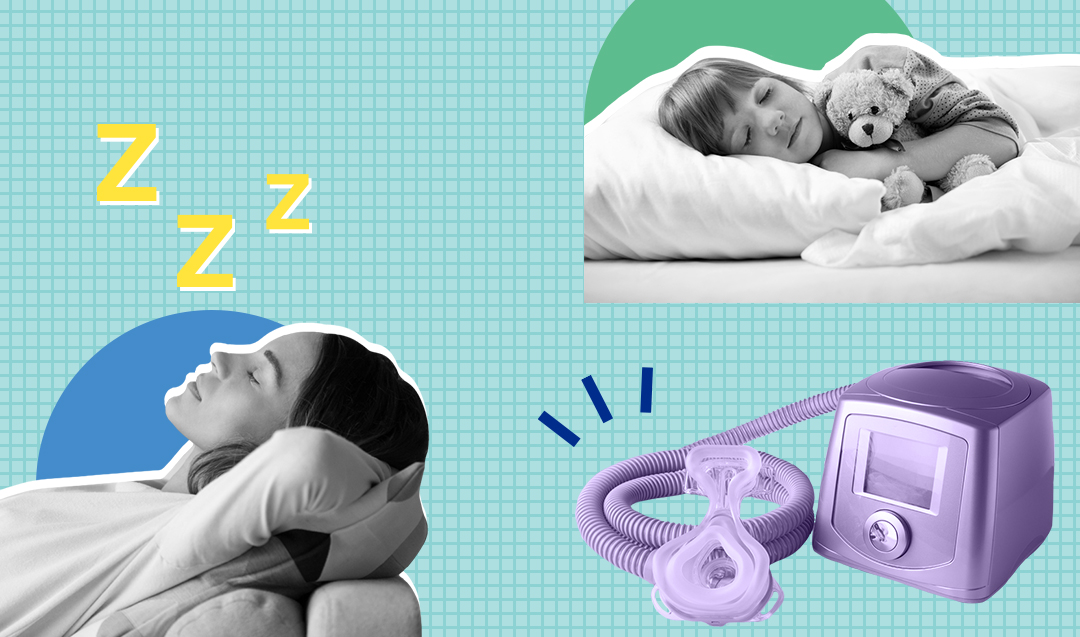 Obstructive sleep apnea, often referred to simply as “sleep apnea,” is a sleep-related breathing disorder that causes frequent pauses in breathing during sleep. It is one of the most common sleep issues in America, affecting an estimated 26% of adults ages 30 to 70 years old. Yet nearly 80% of cases remain undiagnosed, which is especially concerning considering sleep apnea’s association with serious, potentially fatal health issues such as high blood pressure, heart disease, stroke, and diabetes. (1)

One of the factors contributing to sleep apnea’s underdiagnosis is its elusive nature. The “classic” sleep apnea symptoms are snoring, gasping for air during sleep, and chronic fatigue — difficult symptoms to diagnose. Most people realize they snore or gasp only when someone else points it out, and sleep deprivation is so pervasive in our society that many brush it off.

If these “classic” symptoms are difficult to detect and link to sleep apnea, there is even less awareness around some of the symptoms experienced by women and children. Yet the combination of sleep apnea’s prevalence and serious nature makes it critical to understand how symptoms present in cases outside of the older, overweight male profile.

Women with sleep apnea tend to be underdiagnosed in comparison to men due to family, lifestyle, and sociocultural factors. (2) While women do have fewer witnessed apneas than men, research suggests that women also underreport the prevalence and intensity of their own snoring. Additionally, women come to sleep apnea consultations accompanied by their partner less frequently than men do, indicating that men may be less watchful of their partner during sleep, missing the opportunity to call attention to symptoms of sleep apnea or sleep-disordered breathing. (3)

Furthermore, women are more likely to report symptoms such as restless legs, nightmares, palpitations, and hallucinations, all of which can indicate a potential risk for sleep apnea. (4) They also tend to have a higher prevalence of other non-classical symptoms such as headaches, anxiety, and depression.

It is estimated that 1 to 4% of children have sleep apnea, with most cases occurring between the ages of two and eight. (5) Oversized tonsils and adenoids are typically to blame for sleep apnea in children. Left untreated, pediatric sleep apnea can have serious co-occurring social, emotional, and medical implications.

Related: What happens when sleep apnea is untreated?

For adults, CPAP is the most prescribed treatment; however, many patients are intolerant to the machine and compliance rates are low. (9) Oral appliances, which are similar to a mouthguard or retainer, offer a CPAP alternative that many find to be effective and much more comfortable. Surgery is an option for cases in which facial abnormalities contribute to the presence or severity of sleep apnea.

Treatment options vary for children depending on the condition’s severity. In the case of enlarged tonsils and adenoids, removal of tonsils can eliminate sleep-disordered breathing. Surgery may not be necessary, however, if behavioral issues are not present or if sleep-disordered breathing is mild or moderate. In those cases, a CPAP machine may be prescribed for young children with developing mouths and jaws. For children with a fully-developed facial bone structure, oral appliance therapy may be an effective treatment option.

Jeff Rodgers, DMD, D-ABDSM, D-ASBA has been in private practice for over 20 years. He specializes in both general dentistry (primarily restorative, implant, and cosmetic dentistry) and dental sleep medicine.

A Diplomate of both the American Board of Dental Sleep Medicine (ABDSM) and the American Sleep and Breathing Academy (ASBA), Rodgers is a board-certified expert in sleep, treating patients who suffer from sleep breathing disorders at his practice Sleep Better Georgia in Dunwoody, Ga.