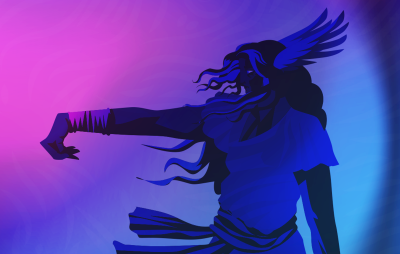 The impact of Greek and Roman mythology is just as vibrant today as it was more than 2,000 years ago. From our language to aspects of democracy, influences from these ancient cultures are present in numerous aspects of our daily lives.

As sleep aficionados, we can’t help but be fascinated by Morpheus, known as the Greek god of Dreams. His myth was the inspiration for the opium-derived drug morphine, and the phrase “in the arms of Morpheus” means to sleep soundly. However, unlike famous Greek gods such as Zeus, Poseidon, and Hades, Morpheus’s story isn’t quite so well known or widely told.

Dr. Stephen Scully is a professor of classical studies and the director of graduate studies at Boston University. He says Morpheus is a Roman spelling of a Greek word, morphe (μορφή), meaning shape or form. In English, it relates to morph, as in metamorphosis.

According to Scully, Morpheus has a surprisingly limited presence in ancient myth. “He only appears in one text in all of antiquity and is never rendered visually — that is, on vase paintings or in mosaics,” he says, adding that “but as best as I can tell, his profile has grown exponentially in modern times.”

The Origin of Morpheus

The myth of Morpheus is as ethereal as a dream itself. Scully says an early Greek author, Hesiod, mentions the god of Sleep, Hypnos, (also referred to as Hypnus/Somnus in Roman) and the tribe of dreams as children of night. According to Brittanica, Hypnos is the son of the goddess of Night (Nyx) and the twin brother of Death (Thanatos). Hypnos is typically considered to be Morpheus’s father.

With this lineage, one would think there would be quite a lengthy origin tale of Morpheus. However, that’s not the case. “The only text to name Morpheus is the Roman poet, Ovid, in Metamorphoses, where he is described as one of the 1,000 children of Hypnos, with no mother identified,” Scully says. Metamorphoses is a long verse narrative poem published in 8 AD that recounts more than 250 Greek and Roman myths and historical legends chronologically.

Pinpointing exactly who might have been the mother of the children of Sleep is difficult, but there’s some speculation she might have been Pasithea, one of the Greek Charities and the goddess of Relaxation.

What Are The Powers Of Morpheus?

In this translation of Metamorphoses, Morpheus is referenced as a god of Dreams. “From a throng of a thousand sons, his father roused Morpheus, a master craftsman and simulator of human forms. No one else is as clever at expressing the movement, the features, and the sound of speech. He depicts the clothes and the usual accents. He alone imitates human beings.”

As far as what Morpheus looks like, Scully adds that he’s described with very large wings “which, like owl wings, are noiseless in flight and capable of rapid transport, getting him from one spot on the globe to another in an instant.” Although perhaps not personified in ancient Greek or Roman artistry, this version of Morpheus appears in later imaginative works throughout history, including a 1771 painting by Jean Bernard Restout and a 1777 sculpture by Jean Antoine Houdon.

But it’s his ability to transform into whatever human construct necessary to communicate messages through dreams that makes him stand out from the hundreds of Hypnos’ other children, including, according to Metamorphoses, “a second son [who] becomes a beast, or bird, or long snake’s body. The gods call him Icelos, the mortal crowd Phobetor. The third, of diverse artistry, is Phantasos: He takes illusory shapes of all inanimate things, earth, stones, rivers, trees.”

Of all those in the tribe of dreams — also referred to as the Oneiroi or dream spirits — “these are the ones that show themselves by night to kings and generals, the rest wander among citizens and commoners,” Ovid writes.

Was Morpheus a Good God?

Although he resided in the Underworld in a cave filled with opium poppies, he could bestow upon those in slumber both peaceful images and nightmares, although not as much the latter as his brother Icelos.

Overall, though, he appears to be a lesser god. The primary myth associated with him, once again recorded in Metamorphoses, is a mission for the human lovers Ceyx and Alcyone. The couple had incurred the wrath of higher gods who later took pity on them upon Ceyx’s death. At the gods’ request, Morpheus altered his image to appear as Ceyx to Alcyone in her dreams with the news of his passing so they could transform into immortal birds, the halcyons, forever together in the afterlife.

It’s fascinating to see how the arts and popular culture draw inspiration from what few details there are about Morpheus. Here are some modern interpretations.

Based on Morpheus’s various portrayals, we’re sure there will continue to be more added to his story in the future. “There is room to make up more about him. Give him a mother, more brothers, and sisters. Why not? We are always changing these ancient stories according to what works for us,” Scully says.

Fascination around the topic of dreams, what they mean, and where they come from is a tale old as time. Whether you think your dreams are neurons firing in your sleep, visions of the future, or serve some other purpose, you’re one of many who have wondered about where they come from. Morpheus is one of a myriad of explanations — and other sleep myths — from around the world to explain the phenomenon, and he’s one of our favorites thanks to his benevolence and ever-expanding mythology.

When not traveling, teaching yoga, or doing voiceover projects, Tracey is an editorial strategist and content developer for print, digital, and multimedia platforms. Based in the Midwest, she writes on various topics, from addiction science and sleep hygiene to better bonding with pets and interesting nonprofit and advocacy efforts. She also makes a rather snazzy blueberry pie.