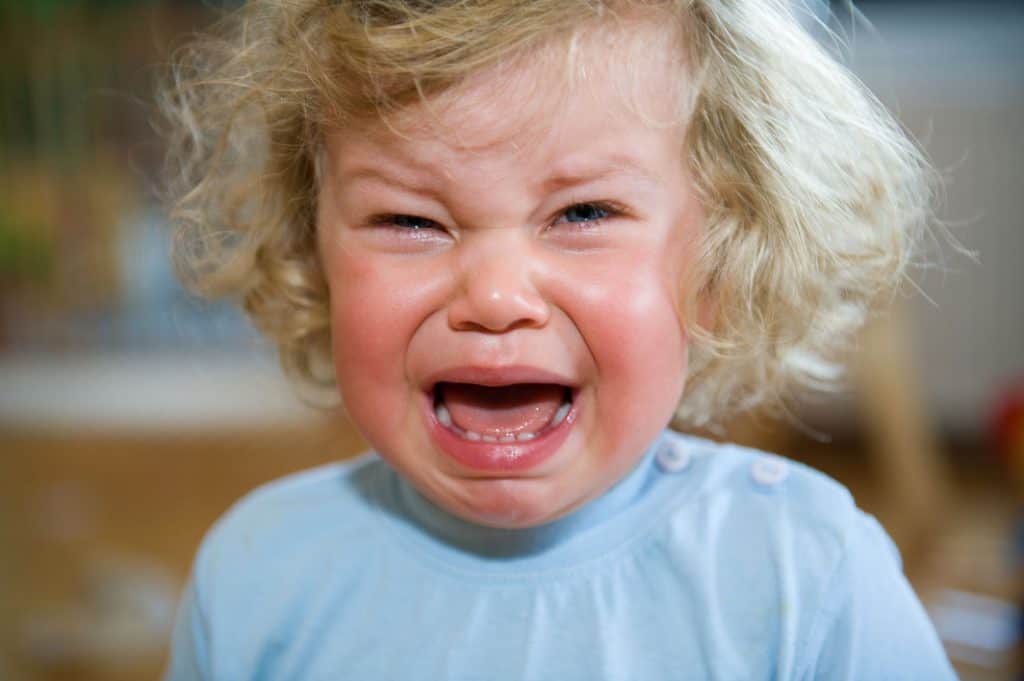 But a recent study says there may be a simpler formula to soothe a crying baby, possibly to sleep. The secret lies in “transport” rather than standing still, the study published in the journal Current Biology said. The potentially helpful strategy could work for 20-30 percent of parents that the researchers say have an infant that cries excessively and has sleep difficulties for no obvious reason.

The participants were monitored using EKG machines, alongside video cameras, to determine how the infant was responding to various behaviors, and what helped them stop crying and settle. They found that the perfect combination that was most helpful included first carrying the infant for five minutes, then sitting with them for eight minutes. This might not be the typical pattern for a parent who sits down in a rocker to rock their child to sleep, or others who leave their child to fuss a bit in the crib on their own.

The dilemma of just what to do with a baby or young toddler who is crying around bedtime is a long-standing controversy between parents who believe in the traditional “cry it out” method involving leaving the baby in a safe crib to settle themselves, and others who believe in rocking and comforting the child until they are almost or completely asleep. Some parents also fall somewhere in the middle, frequently checking on a child who is crying, but leaving them to work it out, and others will pick up the baby before trying again. A mix of personal philosophies, the specific baby’s patterns and needs, and your pediatrician’s recommendations all play into the decision.

“Being held, whether walking, rocking, or just sitting, is sensory nutrition and helps a baby’s cortisol level drop, and can help them feel calm and safe,” says Michelle Smith, a registered sleep specialist and newborn care educator and expert for the Owlet. “Motion, such as rocking or swaying, has been known to help support sleep not only in babies, but even in adults…After 6 months, it’s important for your baby to learn to put themselves to sleep without that extra support but that doesn’t mean you can’t snuggle them before you put them down in their crib.” She adds that the timing in which each baby might want to be rocked varies, as each child has specific needs which might even change as they develop.”

Her recommendation of 6 months as the earliest time to start letting a baby soothe themselves to sleep is a common recommendation from pediatricians, though their advice might vary slightly.

The American Academy of Pediatrics says that you don’t need to “rush in” to soothe a crying baby, but to give them a few minutes to self-soothe starting at four months. Traditional “cry it out” methods, involving leaving the baby in the crib till the next day despite their protest, is still something some parents try, but others find to be too strict or mean. Instead, some parents use “sleep training,” including strategies such as the Ferber Method, which involves checking on the baby in increasing intervals of time but not picking them up when comforting them. Whichever method you choose, you will undoubtedly be doing some rocking, pacing, or swaying, and the study’s concrete numbers can give especially first-time parents a bit of a guide on where to start.

Smith says there is an “old standard” that uses the 4-month or 14-pound measure as the time to start sleep training, but that this was based on the time when you can begin night weaning from bottles or breastmilk. “But many babies still need 1-2 feedings at night and are not developmentally prepared to self soothe. Waiting until your baby is closer to 6 months before implementing strict bedtime rules is important.”

“I don’t recommend using motion for inducing the onset of sleep to my clients because my clients are all parents who want to sleep train. The use of motion (or anything parent-driven) to induce the onset of sleep, is the opposite of sleep training. If you are a parent who has a goal of getting your baby sleeping without needing a parent or caregiver to facilitate sleep, then behavioral sleep training is recommended,” she says. If you don’t mind being a part of their mechanism to get to sleep, like the study suggests, the motion plus sitting formula is worth trying.

How To Consider Implementing Study Results

Money says that the study “is basically telling us what we already know,” that babies like motion, being held close to their parent’s body, that they don’t like being set down, and that they might wake up when that happens unless they are already in a deep sleep. “This is just easily observable in any family with a baby.” Money adds that parents who are struggling with sleep training should reach out to a sleep consultant, and that it’s always an option if the parent it too upset or tired to place the baby in a safe sleeping area (like an empty crib) and walk away to give yourself a break, regardless of your stance on sleep training.

Smith says she loves study results that support parents in comforting their baby or following their instincts. “So often do you hear, ‘Don’t spoil them’ and ‘Don’t respond right away.’ Every parent should feel empowered to respond and support their baby in a way that makes them feel comfortable. Data like this gives those parents permission to follow those instincts.