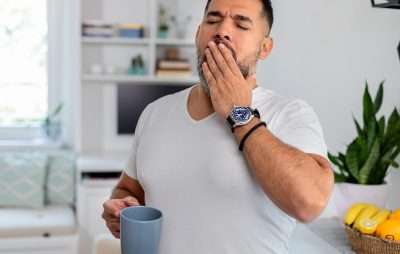 Fall is well underway — people are putting pumpkins out on their stoops, the days are slowly getting shorter, and, depending on your location, the air is starting to feel as crisp as a newly ironed shirt.

Yes, “spooky season” (as the internet calls it) is here. With it comes the ever-present spector of Daylight Saving Time. In fact, here’s something really spooky for you: If the Sunshine Protection Act passes the House, Daylight Saving Time (DST) could become permanent.

What’s scary about that? A lot, actually. Bad jokes aside, making Daylight Saving Time permanent would have several health implications, none of them good — especially for kids and teens.

Most people are familiar with the act of Daylight Saving Time itself: Every March, we “spring forward” by an hour; every November, we “fall back” an hour. Essentially we do this to give ourselves a little more daylight. (As the viral tweet states, humans really are like plants with feelings — give us a little sunshine and a little water, and mostly things will be okay.)

Like many traditions, DST probably started out useful and has since morphed into little more than an annoying chore to check off our to-do list, complaining the whole time. I wouldn’t necessarily be sad to see this tradition go — but we should move to permanent Standard time in that case, not permanent DST.

The idea of permanent DST isn’t without its potential benefits or proponents: Some argue that permanent longer nights might reduce depression — for example, the NY Times cites a 2017 study that found an association between the switch from DST to permanent time and depressive episodes in adults — the researchers attributed this partly to the fact that the transitions mess with our circadian rhythm.

And in a March 2022 piece, Popular Mechanics writer, Dan Nosowitz, points out that critics of permanent DST might be zeroing in too much on the specific day-of transitions and not the several months in between.

“The fundamental misunderstanding of DST is a result of us Americans (humans, really) being impatient and all too willing to miscalculate the harm of short-term problems over subtle long-term benefits,” he wrote.

He may have a point. It might be true that some research has focused too much on the immediate days following each transition and not enough on the time in between. However, questionable science aside, the biggest reason permanent DST would be detrimental to our health is because it just wouldn’t align with our natural circadian rhythm and messes with our sleep.

I get it — the idea of more evening daylight is tempting. Who doesn’t love those warm summer nights that seem to last forever? But that’s not how our biology works. Our bodies are meant to be synced up to the earth’s natural light/dark cycle, meaning that it’s supposed to be darker at night and lighter in the morning to alert us to our natural sleep/wake times.

And there’s one group in particular who hasn’t gotten a voice in the debate: our kids. Permanent DST would be bad for teens’ health in particular. Why? Because as kids go from adolescents to tweens and teens, their biology shifts — they’re naturally wired at that point to stay up later and wake up later.

Teens already aren’t getting enough sleep. As Sleepopolis previously reported, a 2015 study that examined data from two long-running government surveys of more than 300,000 American teens found that 40 percent of them reported getting less than seven hours of sleep per night — a whopping 58 percent increase from 1991.

Lack of sleep in teens has been linked to all kinds of health problems, including depression and depressive episodes. Importantly, in 2021, several medical associations, including the American Academy of Pediatrics and the American Academy of Child and Adolescent Psychiatrists, launched Sound the Alarm for Kids in an attempt to spur Congress to increase funding for mental health treatment. It stands to reason that anything that could impact their ability to get good sleep could exacerbate an already-ongoing mental health crisis in our teens.

Plus, we already ask teens to get up too early for school. Permanent DST would exacerbate that — it’d simply guarantee that many of our kids, who are quite literally fighting against their biology to get up early anyway, would be waiting at the bus stop for school at a time when it’s going to be darker for longer. The only thing this will do is make it harder for them to stay alert and active during the day and to get high-quality, restorative sleep at night.

Marco Rubio told CNN that he spearheaded the Sunshine Protection Act because, “One has to ask themselves after a while, why do we keep doing this? If we can get this passed, we don’t have to keep doing this stupidity anymore.” He’s not entirely wrong, but we should be thoughtful about how we make this transition. If we’re going to pick one or the other, we should prioritize our health — and that of our kids — over convenience.

Dr. Shelby Harris is on a mission to help you get a great night’s sleep. As a licensed clinical psychologist specializing in behavioral sleep medicine, she treats a wide variety of sleep disorders, including insomnia, nightmares, and narcolepsy, with a focus on non-pharmacological interventions. She is board-certified in behavioral sleep medicine by the American Academy of Sleep Medicine and the author of The Women’s Guide to Overcoming Insomnia: Get a Good Night’s Sleep Without Relying on Medication.