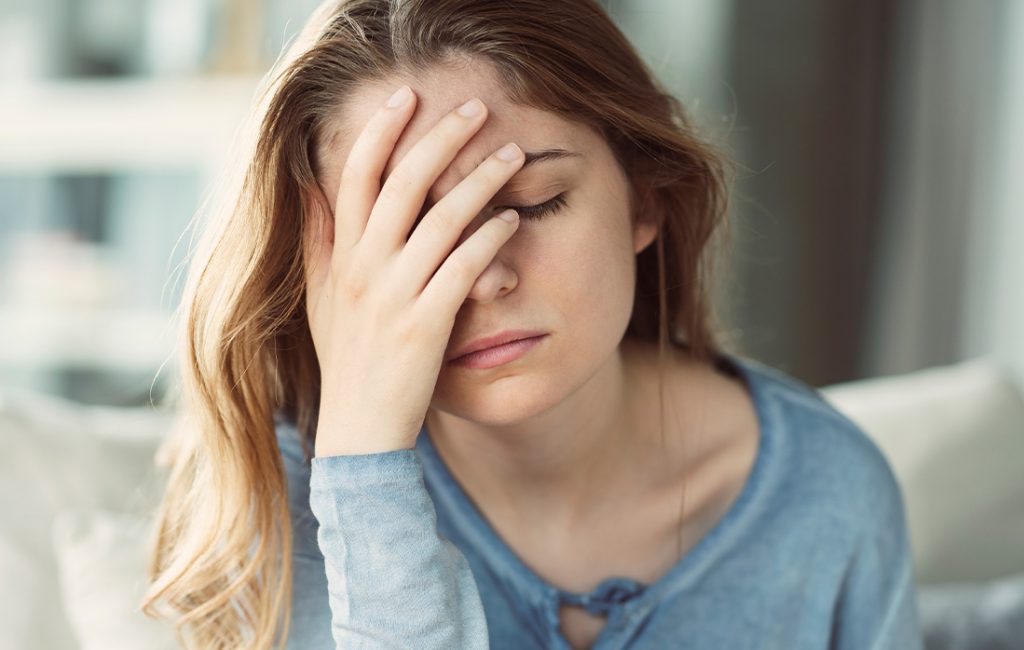 It’s a common scenario — it’s 2pm on a lovely Saturday afternoon, and your teenager hasn’t yet emerged from their darkened bedroom, sleeping well into the day. Yet on any given Monday morning, their alarm goes off for school by 6am (for some even earlier) and they are off to school, for some, by 630am or 7am and they are exhausted.

Julie Wright, MFT, psychotherapist, sleep specialist, and co-author of “Generation Sleepless” says that’s because they have been set up to always be playing catch up with sleep.

“Their bodies are desperately trying to make up for an enormous — like, a profound — sleep loss during the week, two to three hours for many teens per night,” she says, pointing to systemic obligations and sometimes, stressors, keeping teens from getting quality sleep. Those include homework, high technology use, inflated college admission expectations pushing them to overcommit to activities, and exceptionally early high school start times. It’s easy to see why 70 percent of teens aren’t getting enough sleep. The price is high, with some teens paying for that lack of sleep with their mental health.

Teens running on sleep deprivation is nothing new, but it has become more widespread and deemed an epidemic. In 2015, 40 percent of adolescents slept less than 7 hours a night. That’s 17 percent more than adolescents in 2007 and 58 percent more than adolescents in 1991. Sleep deprivation is known to impact adolescents’ mental health—it increases the risk for depression, which in turn increases the risk of getting less sleep, making it all a vicious cycle.

The systemic stressors teens face today are impacting them and their mental health in new and alarming ways, too.

In 2019, 13 percent of adolescents reported having a major depressive episode, according to a National Survey of Children’s Health – a 60 percent increase from 2007. Furthermore, emergency room visits by children and adolescents also rose sharply. Suicide rates for 10 to 24 year olds, stable from 2000 to 2007, leapt 60 percent by 2018, according to the Centers for Disease Control and Prevention (CDC).

More than 200 children’s hospitals and 77,000 physicians, the Children’s Hospital Association (CHA), American Academy of Pediatrics (AAP) and American Academy of Child and Adolescent Psychiatrists (AACAP) launched Sound the Alarm for Kids in 2021, urging Congress to enact legislation and increase funding to address a national mental health emergency in children and teens.

Many health professionals, educators, and pediatricians agree that getting teens more sleep could help change this dire mental health trajectory for this age group.

The Impossible Ask of Teens

Teens should get 8-10 hours of sleep per night, according to the CDC. But if a teen is waking at 6 A.M. for school, ten hours of sleep would call for an 8 P.M. bedtime, a suggestion that most teens would scoff at and that science shows isn’t even natural for their brain.

At the onset of puberty, teens have a circadian rhythm shift. As explained by UCLA’s Sleep Center, “Before puberty, your body makes you sleepy around 8:00 or 9:00 pm. When puberty begins, this rhythm shifts a couple hours later. Now, your body tells you to go to sleep around 10:00 or 11:00 pm.”

This shift also connects to the release of melatonin, which is what primes our bodies to sleep. When kids become teenagers, melatonin begins to be released later than it used to. That means teens are not ready to fall asleep until 11 p.m. and makes them want to sleep in later. So, early school start times and after-school obligations under this natural sleep cycle wreaks havoc for teens.

After-school sports tend to run from roughly 3:00-5:00 P.M. and with an hour for dinner this would leave just two remaining hours for teens to do homework or anything else, for that matter. The Association for Supervision and Curriculum Development (ASCD) reports teens’ homework load totals just under three hours, and up to 3.2 hours for those enrolled in Advanced Placement (AP) classes. So in our sample schedule, the teen is up against impossible odds. Add to this all the other things taking teens time up, like social media, socializing, in general or even spending any time with their families, bedtimes get pushed back even further.

“We want society to wake up and take responsibility,” Wright says, adding that parents can’t control the many factors at play influencing teens’ sleep. Some lawmakers have taken notice, such as a new California law pushing high school start times to 8:30 A.M. but much more progress needs to be made, Wright says, and we will see a direct impact on mental health.

“…it’s kind of like a magic pill for all of [parents’] goals for their kid, it’s just society has brainwashed parents into thinking that all these other things take priority. Of course those things are important, but when their teenager’s well-slept, and if we had more support from school systems, colleges, big tech, and all of that, teenagers could get their homework done more efficiently and if colleges had reasonable admission expectations for activities…” Wright says. So, teens are between a rock and a hard place where little sleep is to be had if success is the goal.

Dr. Peter Polos, MD, PhD, FCCP, FAASM, sleep medicine specialist and sleep expert for Sleep Number says “Insufficient or inadequate sleep is also associated with cognitive, behavioral and performance issues, and the developing brain of a teen needs adequate sleep in order to process and consolidate learnings. Sleep deprivation is associated with irritability as well. As such, teens who are suffering from insomnia can have a variety of learning and behavioral issues. School work, social relationships, and familial interactions can all suffer in these instances.”

Researchers have also studied the problem in reverse, testing how well sleep interventions would work on treating mental health conditions, and found a “large effect on depression symptoms,” further proving the connection. Anyone who has lied awake worrying can understand how researchers have found a connection between increased depressed and negative thoughts and poor sleep as well.

Kansas-based family physician Dr. Beth Oller says she always asks teen patients about sleep when they come in for mental health issues. “Is it really ADHD, for example, or will fixing the sleep issues improve the symptoms? Sleep deprivation also affects your mood, making depression worse. A lack of sleep can exacerbate mental health issues.” 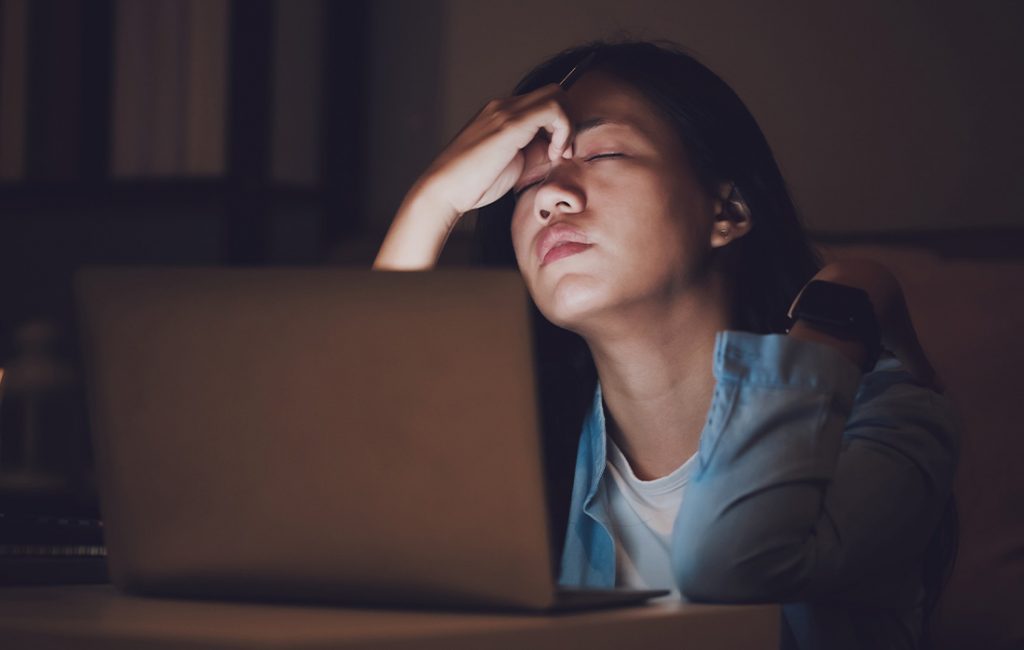 Wright adds that there’s an increased suicide risk for teens who don’t sleep enough, and it’s currently the second leading cause of death for the 15-24-year-old age group.

“What happens in our brains when we’re sleep-deprived can certainly exacerbate thoughts of self-harm and feeling hopeless,” she says, explaining the prefrontal cortex becomes less active, and more primitive parts of our brains are “more likely to make a knee-jerk decision or see the world as black and white.” She says, “It’s a very dangerous place for a teenager to be living in that world where everything is affected.”

While teens’ levels of stressors largely vary depending on their location and environment, Dr. Laura Purdy, MD is a board-certified Family Medicine Physician, says scientists have interestingly found one common denominator despite location, pointing to more of a universal truth about sleep and mental health.

“Adolescent mood also seems to be impacted by adequate sleep, according to some recent studies. A positive mood has been associated with adequate night’s sleep, with anger, depression, negative affect and anxiety correlating with less sleep.”

How To Help Teens Get More Sleep

Our experts have multiple tips for parents and teens, but Wright reminds us that systematic changes must take place as well, and parents can’t individually solve teens’ sleep problems, as much as they would like to. Here are some places to start, though:

The good news, Wright says, is that teens can see major transformations if they start following the sleep interventions for even just two to three weeks.

“We let our bodies sort of heal and find our bodies love regularity,” Wright said.