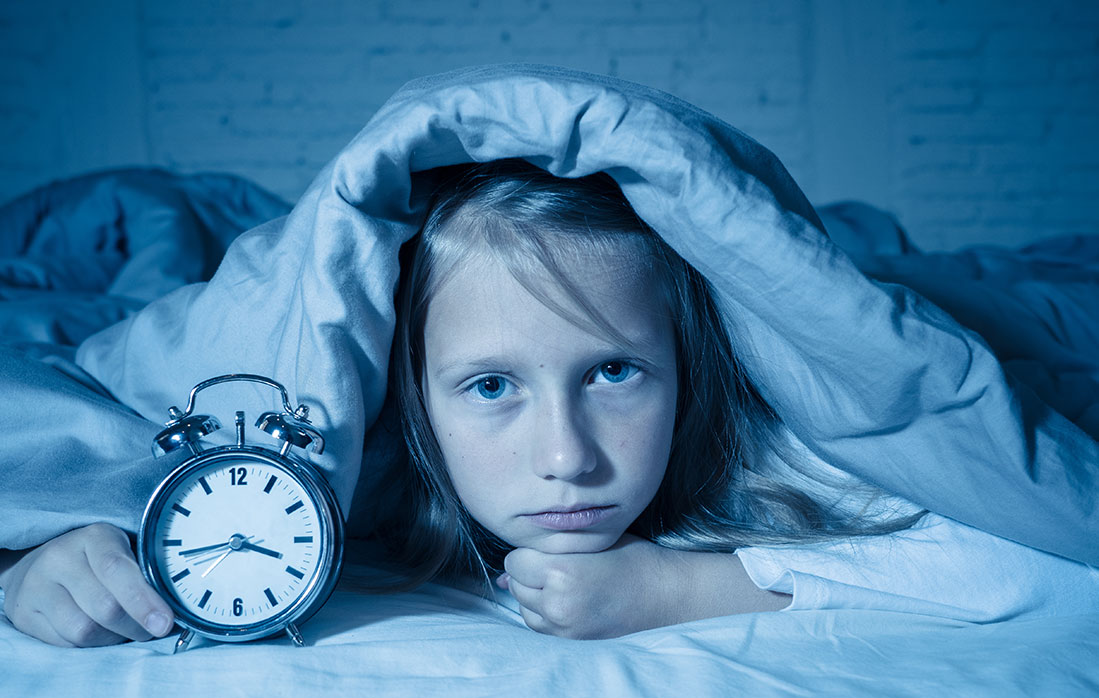 Does your child experience insomnia? If so, this one’s for you. A recent study published in Pediatrics shows that childhood insomnia could have a bigger impact than previously believed.

The study suggests that children and teenagers who aren’t getting enough sleep are more than twice as likely to have insomnia into adulthood, compared to those who are getting “normal sleep.”

What The Study Looked At

The study researchers followed 502 children over 7.4 years at ages 9, 16, and 25. To start, they looked at data from the kids and their parents about the kids’ sleep habits, as well as polysomnography (a type of sleep study that measures brain waves, oxygen levels, heart rate, breathing patterns, and eye and leg movements).

Next, the researchers repeated the assessments with the participants at age 16, and again at age 25.

What The Study Found

The study found that children around age 9 who slept seven hours or less were over two and a half times more likely to experience insomnia as young adults, compared to children who had normal sleep.

Additionally, they found that those who struggled with insomnia as teens or at an average age of 16, were five and a half times more likely to have symptoms become worse as adults, compared to teenagers who had a normal sleep schedule.

The study’s lead author Julio Fernandez-Mendoza, Ph.D. and director of the Behavioral Sleep Medicine program at Penn State Health and Penn State College of Medicine, told CNN that based on other earlier research, they were surprised by the results of this new study.

“That is a proportion much higher than previously believed,” Fernandez-Mendoza told CNN. “We should not expect childhood insomnia symptoms to developmentally go away… at least in a significant proportion of children. We should consider adolescence a critical developmental period for insomnia symptoms to worsen into a … chronic clinical condition.”

So, why is this data important? It shows a priority for pediatricians to intervene in children’s sleep problems earlier on. It also raises the importance of not simply shrugging off early sleep concerns and thinking they will just go away.

If you’re a parent or planning on being a parent one day, it’s not a bad idea to have some tools under your belt.

Dr. Ariel A. Williamson, a psychologist at the Children’s Hospital of Philadelphia

University of Pennsylvania (Penn) Perelman School of Medicine, told the Pediatric Sleep Council that while doctors should keep up with a child’s developmental health, sleep may not always come up. She urges parents to not be afraid to speak up and start a conversation for that area of care. She suggested to the Pediatric Sleep Council that parents ask the following questions:

Now that you’ve got the tools to speak to your child’s pediatrician, here are some Sleepopolis tips for sleeping concerns with kids.

Please consult a doctor when looking to address any serious health and sleep concerns you have with your child. Getting in front of sleep disorders early is the best time, so that a solution can be found or symptoms can be treated.