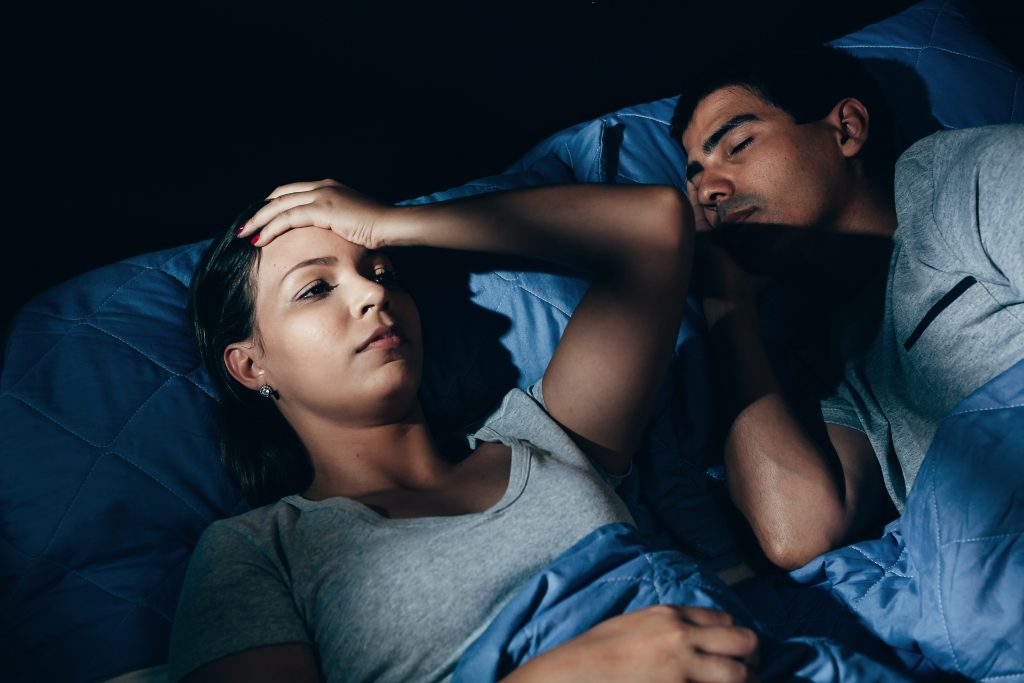 “Sleep divorces” have become a popular and trendy topic in the past couple of years.

The act of moving out of a shared room with your partner to your own, gained a lot of popularity during the pandemic, as many couples decided that sleeping solo would help them rest better during those first days of heightened anxiety, insomnia and working from home. But the practice of sleeping separately actually dates further back. Until about the 1950s, it was common for couples to sleep in different beds, often in the same room but not always.

“It was around the 1960s and the sexual revolution when sleeping apart began to be viewed, by Western cultures at least, as a sign of a loveless or sexless relationship,” said Wendy Troxel, PhD, a licensed clinical psychologist based in Utah.

Lately, the concept of a sleep divorce seems to be acceptable. Why? Well, sleep is important, and more people are realizing that doing whatever they can to get their Zs should take priority. But as the pandemic shifts and, for some, anxieties wane, getting back into the same room is becoming a new goal.

A May 2020 survey of 1,008 American adults found that about 35 percent of American adults said they thought about purchasing a separate bed during the pandemic. And many other studies have noted sleep disruptions caused by the pandemic. Many may have turned to sleep divorce because they were locked up and spending lots of time together, rethinking their home design, or experiencing sleep issues.

“Anecdotally, some evidence suggests that sleeping apart may have trended upward during the pandemic,” Troxel told Sleepopolis.

“Too much quality time with a significant other can lead to relationship strife, so some couples have moved to separate beds to preserve some ‘me’ time,” Troxel said. “Some couples also experienced the COVID ‘bedspread’ (sleeping apart) due to concerns of transmitting infection to their partner—this was particularly true of healthcare and other frontline workers.”

But not everyone split up sleep-wise due to COVID-19, Troxel pointed out. Some couples wanted to be closer because the time was so stressful for them.

“As the world begins to return to more “normal” operations, and people resume working outside the home, and spending less time with their families, some couples might feel somewhat disconnected from each other,” Troxel noted. “This is a great opportunity to re-establish sleeping together arrangements, for those who chose to sleep apart during the height of the pandemic due to concerns about spreading infection, or to establish a pre-sleep couples’ ritual.”

For many couples, the time spent together before falling asleep (whether spending the night together or not) is the most important time for connecting and unwinding together. Science shows that couples who talk about their personal thoughts and feelings with their partner experience better sleep quality—even if they don’t wind up actually getting sleep in the same bed.

Most of us want to be in the same bed though it can be challenging to get a good night of rest with a partner beside us. That’s the verdict of a 2021 YouGov survey, which found 66 percent of people want to stay in the same bed as their partner.

Only 7 percent said they wanted to have separate beds in the same room, while about 9 percent want to be in separate beds and separate rooms.

Other data says that sleeping together leads to poor sleep, while other reports claim it improves sleep.

For whatever reason you may be sleeping separately, you may have pondered ending the arrangement. As in, can you get back together (and sleep in the same bed again) after a sleep divorce?

If you think sleeping apart is driving a wedge in your relationship or making you feel disconnected from each other, it’s time to think about what you can do to support both partners’ sleep and the relationship, Troxel explained. It’s also time to identify if something else is going on in the relationship that is really the root cause of the feelings of disconnectedness, Troxel noted.

To try to get back together:

“These temporary sleep separations can help couples experiment with sleeping together again in a low-pressure environment, and can also build anticipation and excitement for these sleep ‘reunions,’” she said.

Laurel Steinberg, PhD, a psychotherapist and adjunct professor at Columbia University based in New York, told Sleepopolis that people should be creative to solve your issues. You may need a sound machine to muffle the sound of snoring, or put a body pillow in between partners to establish personal space. Thinking of things positively helps, she added. “I personally learned to think that my husband’s snoring was a reminder that he was there which helped me a lot, as his companionship sparks so much joy in me,” Steinberg added.

If all else fails, sleeping apart isn’t the worst thing ever. You may be able to try other strategies to fortify your relationship, or spend other time connecting that doesn’t involve sleeping.

There is growing acceptance that there’s no one-size-fits-all arrangement for all couples.

“I think the stigma is waning to some extent, but it has not disappeared,” Troxel said. “After all, just look at the popularized term ‘sleep divorce,’ that is a highly judgmental term laden with stigma.”

“Given the fact that both partners are working inside and outside the home, shared responsibilities in housekeeping, childcare and earning income…everyone is perhaps busier than ever,” Leadley added. “A good night’s sleep is paramount to a productive day.”