Sleepopolis may earn a commission on sales through our affiliate links in this article. This commission allows us to run our testing lab and continue to bring our readers the most comprehensive information on sleep and related products. See our disclosures.

A nightlight can be a soothing beacon on a dark night, leading the way to a bedroom or bathroom after lights out. Designed to be illuminating but not as bright as standard bulbs, nightlights can add a non-stimulating light in areas of the home where darkness isn’t desirable.

Search for a nightlight and you’ll find a wide variety of styles and price ranges. To help you pick the best nightlight for you, we put several bestselling brands to the test. Here are our favorites:

Best for a Baby’s Room

The Hatch Baby Rest Night Light and Sound Machine is controlled by Bluetooth, allowing parents to adjust the settings by smartphone, tablet, or Alexa. According to Hatch, the nightlight colors are proven to help regulate your baby’s sleep patterns. Sounds include white noise, waves, and bird songs.

The Hatch Baby Rest Night Light and Sound Machine is controlled by Bluetooth, allowing parents to adjust the settings by smartphone, tablet, or Alexa!

The Eufy Lumi Nightlight is a plug-in nightlight that can fit in the palm of your hand. A two-pack of this light-sensing LED nightlight is less than $10. The light beam can be aimed toward the floor or ceiling, and does not obstruct the second outlet of a two-outlet electrical unit.

The Eufy Lumi Nightlight is a plug-in nightlight that can fit in the palm of your hand and doesn't block the second outlet!

The Maxxima LED Nightlight casts a bright white glow that could illuminate even the darkest spaces. This classic-style nightlight has a dusk-to-dawn sensor, and promises over 11 years of continuous use. Great anywhere you have an outlet, but particularly useful in very dark spaces.

The Maxxima LED Nightlight casts a bright white glow that could illuminate even the darkest spaces!

The Sycees LED nightlight combines value with a sleek, attractive design. This nightlight has a dusk to dawn sensor and casts a soft white glow that brightens gradually as the room gets darker.

The MAZ-TAK LED nightlight gets my nod for editor’s pick in the nightlight category. This warm white nightlight combines form, function, and price to create a versatile nightlight practical for almost any home. Biggest plus: a dimmer that allows you to adjust the brightness to the level that suits you.

The MAZ-TAK LED nightlight is a warm white nightlight combines form, function, and price to create a versatile nightlight practical for almost any home.

Nightlights tend to be an inexpensive purchase, but are important tools for safety and security. Though they come in a wide range of styles and sizes, all are designed to be used during nighttime hours when the main lights are turned off. When reviewing nightlights, I looked at some key factors that helped me assess and rank each model. 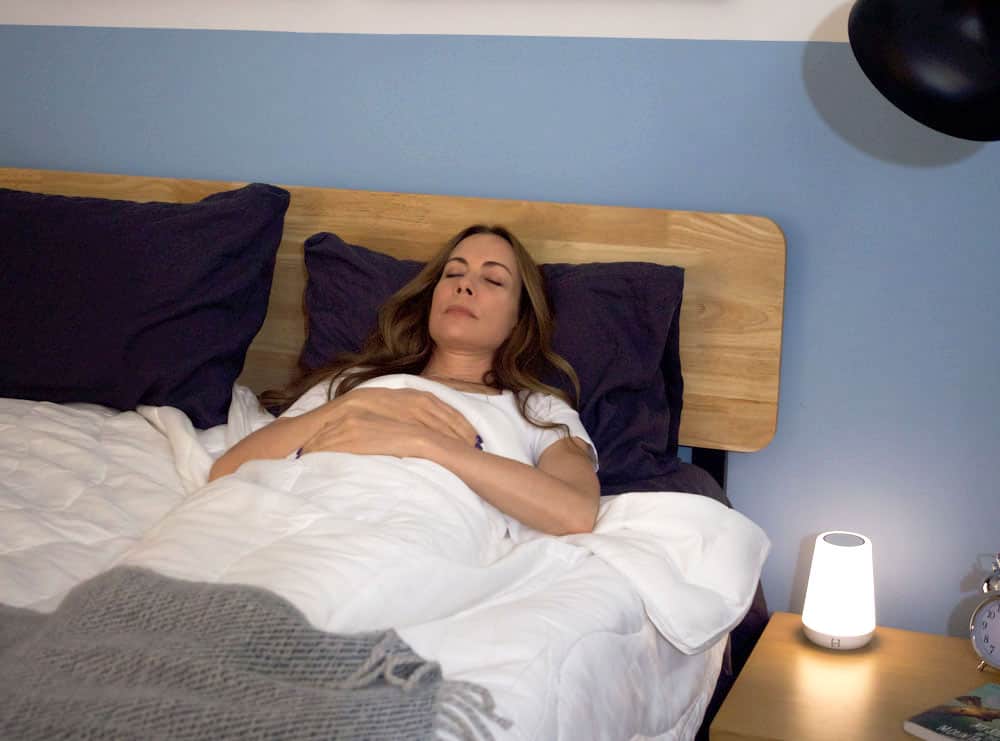 Lumens, or Wattage – Both lumens and wattage are measurements of the amount of visible light produced by a lightbulb. More lumens and higher wattage means the light is brighter. Before LED light technology, wattage was the most common way to measure brightness. LED lights now generate more brightness for less wattage, making lumens a more accurate measurement of how much light a nightlight produces.

Safety – Safety is paramount when choosing a nightlight. A night light that gets warm when plugged in may not be safe for continuous use, particularly near drapery or bedding. This issue is more common with older-style incandescent bulbs, while LED lights typically remain cool. Nightlights are usually limited to indoor use, and are not for use near water or open flames.

Impact on Sleep – Recent studies show that even dim light at night can interrupt production of the sleep-promoting hormone melatonin, disrupting sleep and potentially impacting health. Total darkness promotes the release of melatonin and may have a significant positive impact on overall health. It may be best to keep nightlights outside the bedroom to avoid all-night exposure. Dim red nightlights or those designed to prevent blue light emission could be a wise choice if you’re concerned about the effect of light exposure on sleep.

Style – Styles of nightlights include those that plug directly into an outlet and lamp-styles for nightstands or dressers. Nightlights may be sleek and low-profile, or larger and easier to spot in your home. While I’m partial to nightlights that blend into my decor, others may favor a light that is large and bright, or has a fun or interesting design.

When choosing a nightlight, consider color, material, and visibility in a room during daylight hours as well as at night. Some nightlights are rechargeable and work well in areas without electrical outlets. Others have dimmers, or the ability to activate the light by touch. These features are more common in larger, lamp-style nightlights that do not plug directly into an outlet.

Price – Nightlights range in price from a few dollars to significantly more depending on brand and style. Less expensive models do not typically allow for bulb changes, or offer features such as dimmers or touch-activation. Higher-end brands may offer light sensors, a variety of light colors, and on-off switches. Lower-priced nightlights can last for several years under ordinary usage, but may need to be disposed of when the bulbs burn out.

Not sure which nightlight is ideal for you? Consider the following tips when making your choice: