How Do Antidepressants Affect Sleep? 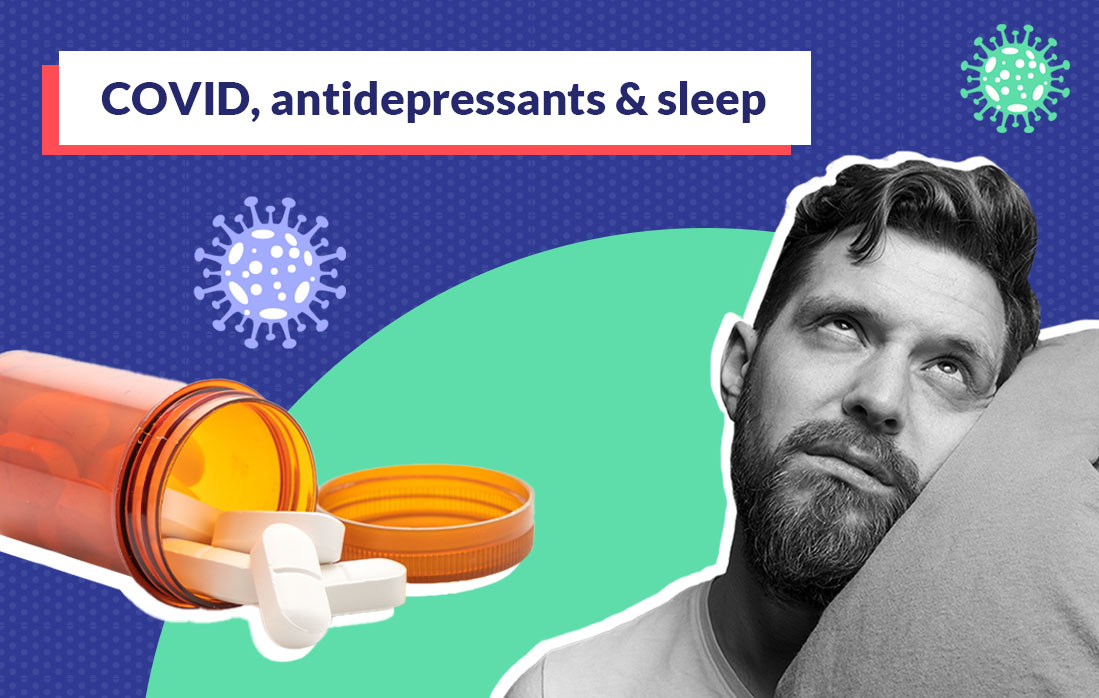 We’re about to mark two years since the beginning of the COVID-19 pandemic and it seems in a lot of ways, life is returning to the way it used to be. Many people have gone back to work, some places have tossed out masks, and others are focused on vaccines.

According to a 2020 report by express scripts, the number of weekly antidepressants, anti-anxiety, and anti-insomnia medications increased 21 percent between February 16, 2020 and March 15, 2020. Within this same period, the World Health Organization declared COVID-19 a pandemic. 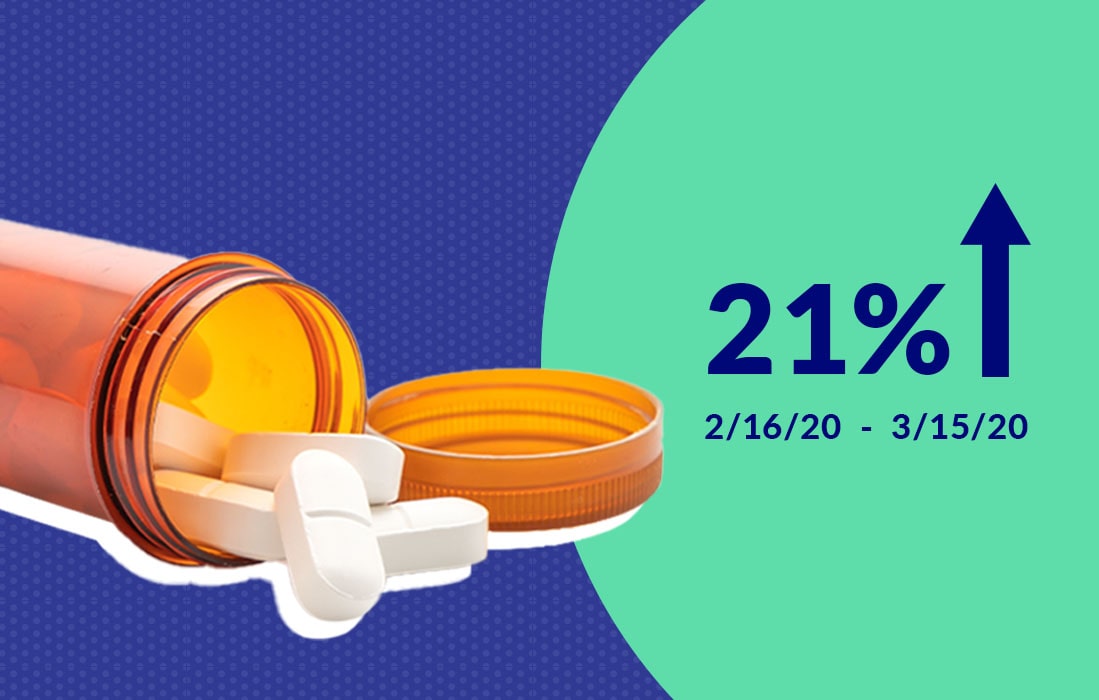 Although a great tool for combatting effects of the pandemic for many, these medications can come with their own downfalls — especially when it comes to insomnia. According to the Mayo Clinic, insomnia makes it hard for some to fall asleep, stay asleep, wake up at a desired time, or be able to go back to sleep once you wake up.

For those who are now considering stopping their antidepressants as we see breakthroughs with the pandemic, it’s good to be aware of the potential withdrawal symptoms and the importance of weaning off them appropriately to avoid sleep disruptions. There are also possible sleep changes worth noting when starting these medications.

The Rise In Usage

There are a lot of factors that contributed to the rise in the use of antidepressants in recent years.

Many who had feelings of depression and anxiety lost some of the ways they typically coped with their symptoms during the pandemic, said Dr. Nicole Bernard Washington, a board-certified psychiatrist.

“The pandemic took away a lot of people’s coping skills,” Washington said. “Say there’s somebody who used to recharge by going out and being social and going to the gym, organized activity. We just kind of saw everything come to a halt. And that was hard for a lot of people.” 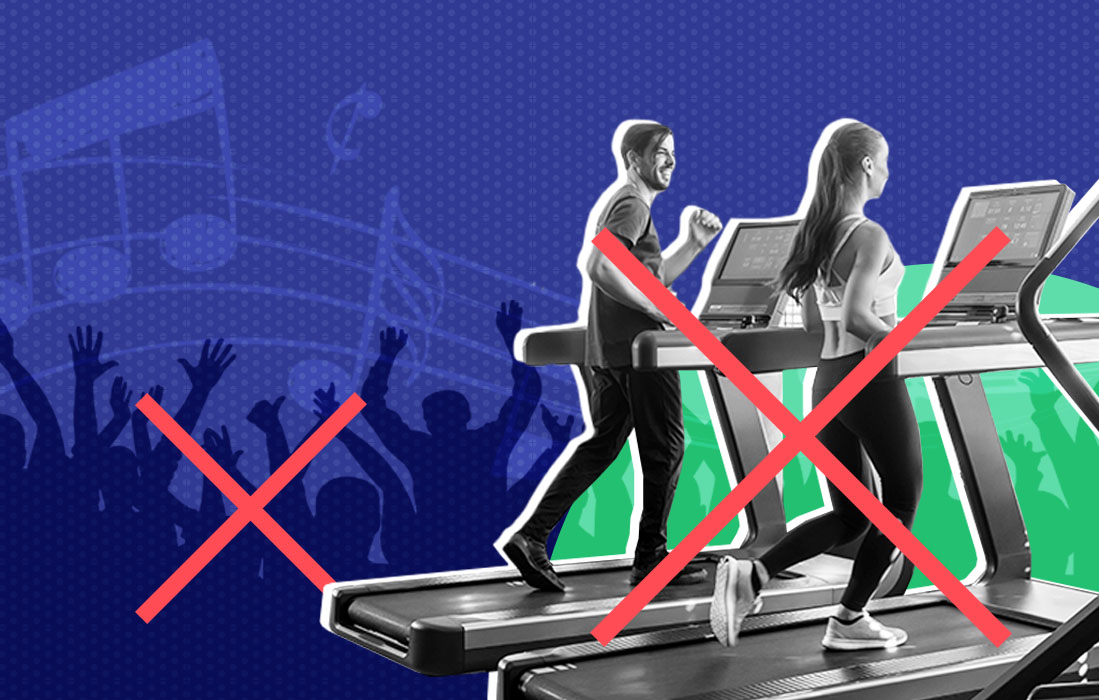 Gabe Howard, author, and host of Inside Mental Health: A Psych Central Podcast said many of the pandemic’s repercussions contributed to depression symptoms.

“This was in response to things like quarantine, uncertainty, financial issues, and watching hundreds of thousands of our fellow Americans die,” Howard said. “Add in things like the attack on the Capitol, the lack of a peaceful transition of power, and social justice unrest coupled with people having fewer distractions, and it does become a perfect storm.”

Research shows that some antidepressants with activating effects could end up disrupting sleep. The effects of an antidepressant on sleep depend on the dosage, type, and length of time.

A sleep disorders study found that antidepressants may disrupt sleep when first getting on them – causing either insomnia or drowsiness. However, the study concluded, “In the long term, all antidepressants which show clinical efficacy improve sleep secondary to improvement of mood and daytime activity.” This means if an antidepressant is working for someone, they should see positive effects on their sleep health when the meds fully kick in. 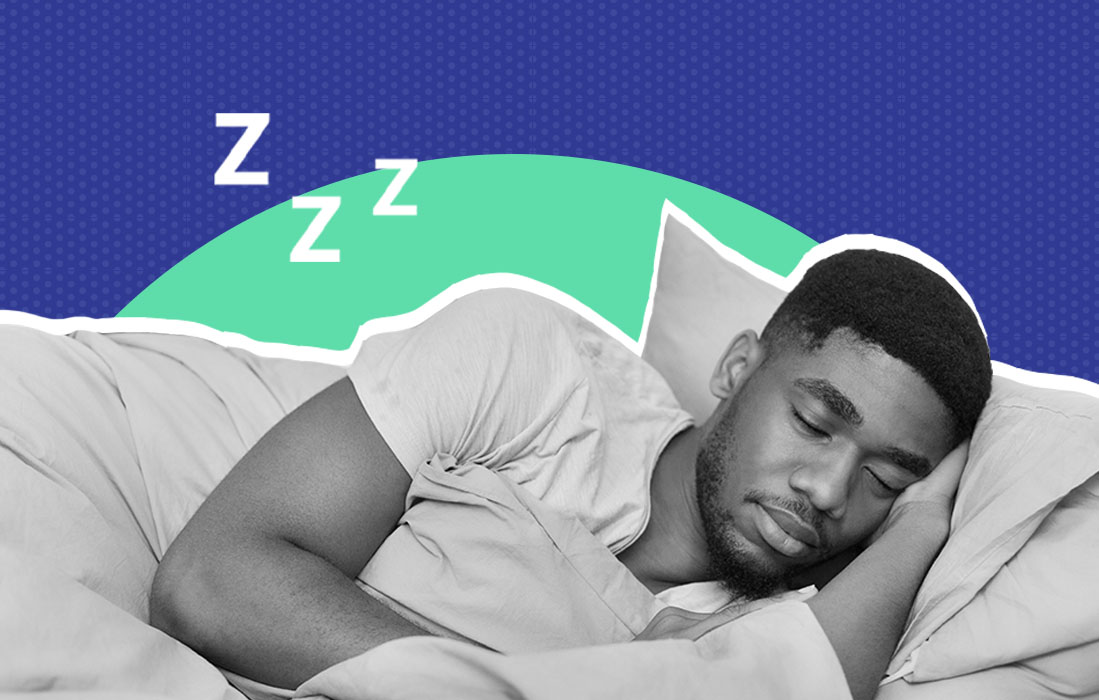 A year and a half ago, Seth Roseman, a 29-year-old graduate student from Pennsylvania, started taking Lexapro – an antidepressant used to treat anxiety. He started using the medication when he noticed his mood was bleak for about three months.

“I had been feeling down for a while before anyone had ever contracted COVID-19,” Roseman said. “But my mood worsened when I saw how selfish people could be in the face of a potentially deadly virus.”

While ultimately Roseman said he sleeps much better now than before, initially, he had vivid dreams when he started taking the drug.

“At the beginning, I had them almost every other night, but one and a half years later, I only have one very occasionally, about as often as I had nightmares before starting antidepressants,” Roseman said. “I sleep much better than ever. I don’t have the same sadness that overcomes me at night.”

It’s essential for those taking antidepressants to talk to their doctor about possible side effects, so they understand what they could face and for how long. Doctors can create treatment plans to slowly increase or decrease doses to help minimize any negative symptoms, along with prescribing other medications to assist.

While many who started taking antidepressants during the pandemic are still on them, some with improved symptoms are trying to wean themselves off the medication, Washington said.

“Typically, we’re recommending after six months to a year of feeling good and stable before we start talking about going off [a medication],” Washington said.

Reducing and stopping medication doses can temporarily bring negative symptoms as the body withdraws from the meds. Withdrawal usually happens when someone quits the medication suddenly after taking it for longer than four to six weeks. 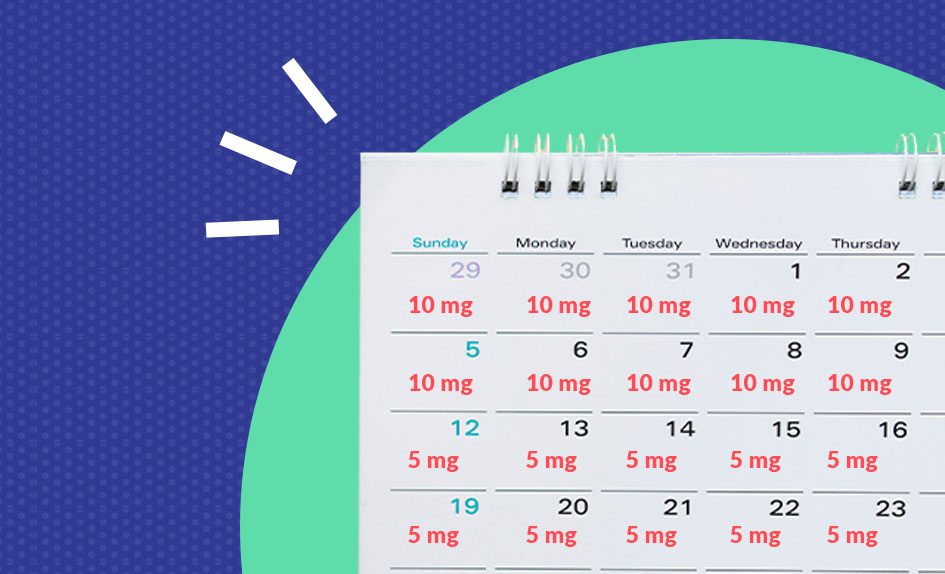 Ash, a 23-year-old full-time student from New York, is in the process of stopping her Zoloft medication. She started taking in 2018, with a dosage of 125 mg. She is now taking just 50 mg.

“If I suddenly went cold turkey, I am worried about the ramifications,” she said. “The increase of depressive thoughts, [and] worsening headaches.”

According to the Mayo Clinic, headaches are one of the symptoms associated with antidepressant withdrawal — along with anxiety, dizziness, tiredness, and flu-like symptoms. However, one withdrawal symptom not as widely discussed is insomnia.

“For those antidepressants that can come with discontinuation syndromes, the individual may have some difficulty with sleep due to the symptoms,” Washington said.

Some people coming off these medications can find themselves having trouble sleeping for several weeks, if not months, as the meds work their way out of their system.

These withdrawal symptoms are why physicians typically recommend those coming off the medicine to slowly wean themselves off, Washington said. It’s essential to come up with the right tapering off plan with your doctor to lessen any withdrawal effects. 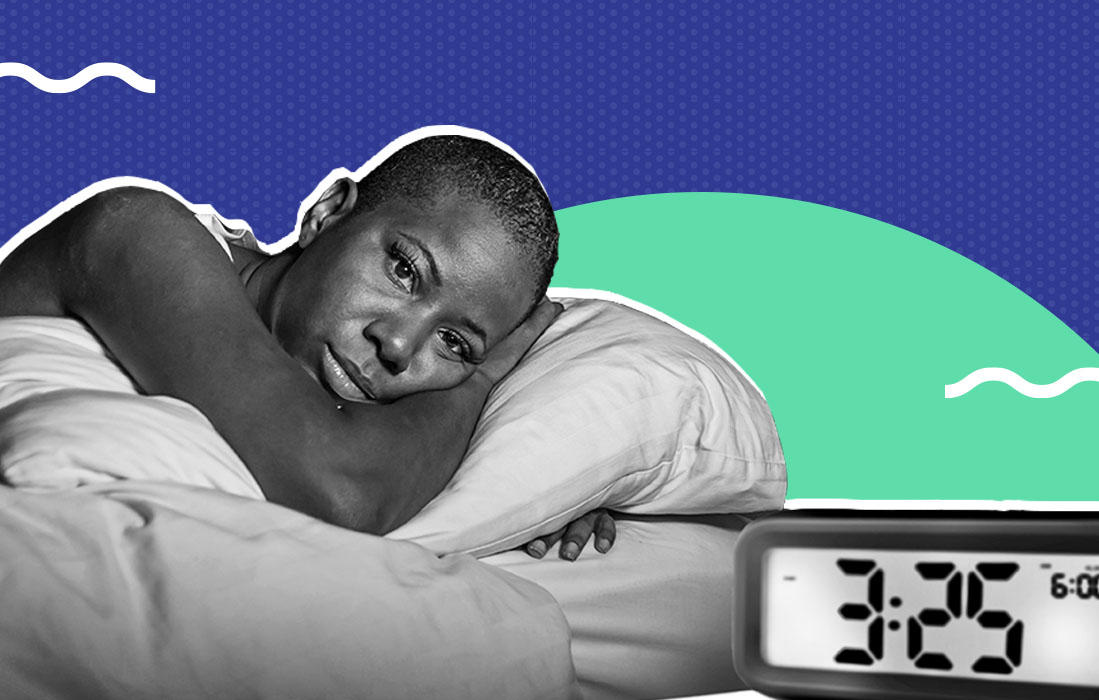 Along with contacting and checking in regularly with a healthcare professional to help with insomnia withdrawal effects, here are some other treatment options.

One treatment option for insomnia is cognitive behavioral therapy for insomnia, or CBT-I.

CBT-I looks at the connection between someone’s thoughts, actions, and sleep. CBT-I specialists look at the thoughts, feelings, and behaviors that are contributing to insomnia and then try to redirect those feelings.

Another treatment option for someone suffering from insomnia is having a good sleep routine. This may mean having a set time to wake up and a set time to go to sleep every day. It can also mean avoiding being on the phone, watching TV, or using the computer an hour or so before going to sleep.

There are a few medications that doctors will prescribe for insomnia. Those are only recommended for a short period of time, said Washington. However, anyone dealing with insomnia may decide to use these medications while going through antidepressant withdrawal. Patients can also use over-the-counter sleeping medicines for a short period. It’s always advised to consult your doctor before adjusting or taking any new medications. 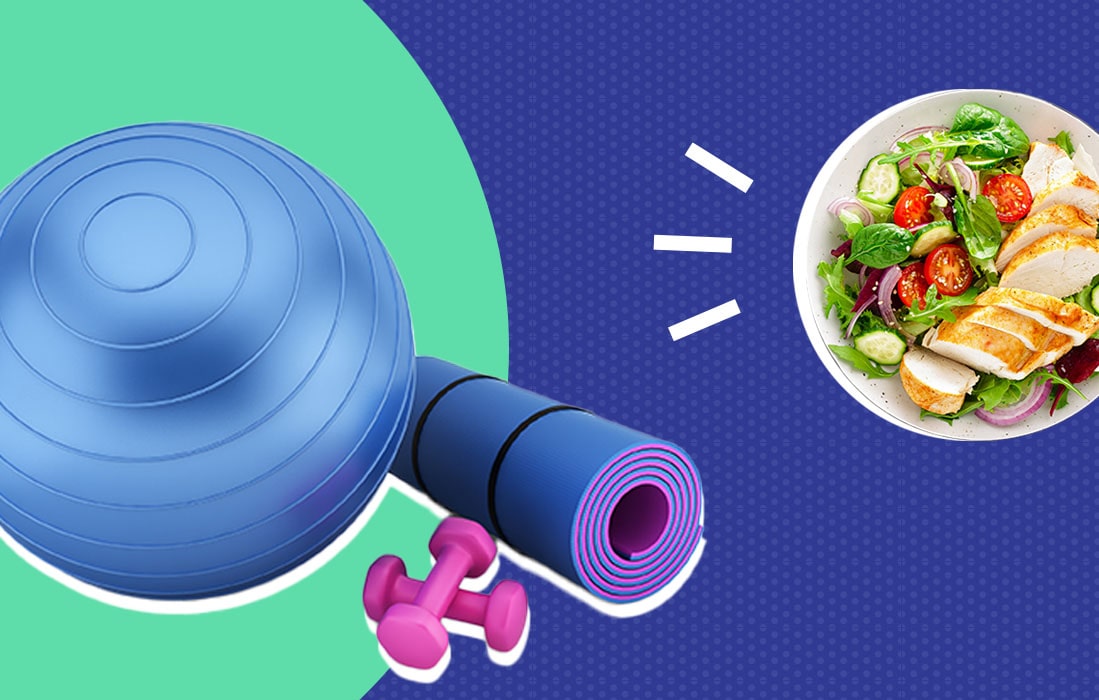 It can be helpful to incorporate a healthy diet and regular exercise into your daily routine to help manage withdrawal symptoms. These actions can lead to reduced stress and anxiety as well.

Regardless of what led you to start, stop, or continue medications, it’s important to know you’re not alone and getting back to a healthy sleep routine is possible — both on and off the meds.

Esther Shittu is a journalist and freelance writer living in the Northeast. Her favorite hobbies are writing, reading, and spending time with family.