Lucid Dreams: What They Are and How to Experience Them

If you’ve ever been aware that you were dreaming before waking from a dream, you’ve experienced what’s known as a lucid dream.

While some dreamers are able to control what occurs in the dream as well as the characters and visual elements, this is not necessary for a lucid dream. What makes a dream lucid is the awareness of dreaming.

The term lucid dream was first used in an article written by Dutch psychiatrist Frederik Willem van Eeden in 1913. Van Eeden had studied his dreams for nearly twenty years before coining the term in an attempt to describe dreams of unusual mental clarity. Lucid dreaming as a concept has long been a subject of fascination, and goes back hundreds of years. The first recorded mention of lucid dreaming may have been in 350 BC, in Aristotle’s treatise On Dreams.

Lucid dreaming is an essential element of Tibetan Buddhist dream yoga, as well as the ancient Hindu practice of yogic sleep. Both practices encourage the control of dreams as a pathway to enlightenment. In dream-related yoga, the lucid dreamer may be encouraged to change the size of objects that appear in the dream, and to eliminate fear in the dream by touching fire or other normally threatening substances.

What is Lucid Dreaming?

In normal dreams, consciousness, control, and self-awareness are typically absent. In lucid dreams consciousness and dreaming overlap, creating the unique sense of awareness during sleep. This awareness may allow the dreamer to direct events, perform impossible physical feats such as flying, and control the actions of characters.

Lucid dreams were the subject of much speculation and debate until 1978, when sleep studies began to prove their existence. Sleep researcher Keith Hearne realized that, like other types of dreams, lucid dreaming tends to occur during REM sleep. Though most of the body’s muscles are paralyzed during REM sleep, the eyes are not. 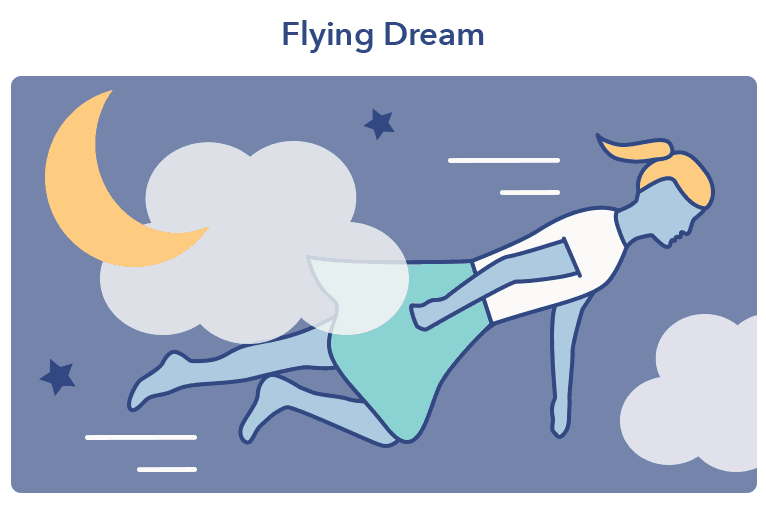 To communicate during a lucid dream, one of Hearne’s study subjects was able to move his eyes left and right eight times successively to communicate his awareness of dreaming. His signals during dreaming tended to occur early in the morning toward the end of a stage of REM sleep.

Later studies showed that lucid dreaming often occurs during moments of particularly high arousal, or change in brain wave activity, in the outer layer of the brain. Recognition of dreaming may occur specifically in the dorsolateral prefrontal cortex, where working memory, planning, and abstract reasoning occur.

Arousal in the brain tends to occur during times of transition from one sleep stage to another, for instance, from non-REM sleep to REM sleep, or REM sleep to the wake state. Changes in sleep and wake states may be indicated by reductions or increases in heart rate and breathing. (1)

Lucid dreams typically incorporate elements of the vivid dreams that occur during REM sleep, when activity in the brain closely resembles that of wakefulness. It is, in effect, a “hybrid state of consciousness” between REM sleep and waking. (2)

Is lucid dreaming the same as dream control? Though similar, lucid dreaming and dream control are different. Lucid dreaming is the awareness of dreaming, though it may involve little to no control over dream events and characters. Dream control may be practiced by rehearsing dreams while awake, and attempting to guide what occurs through conscious intention before dreaming begins.

Why Does Lucid Dreaming Happen?

Though it may not be possible to understand exactly why lucid dreams occur, some research reveals that dreams of this type may be associated with times of stress and anxiety, as well as with particular personality types. People with a propensity for lucid dreaming may be more likely to score highly on self-assessments of creativity, and to see themselves as capable of influencing events, also known as possessing an internal locus of control. (3) 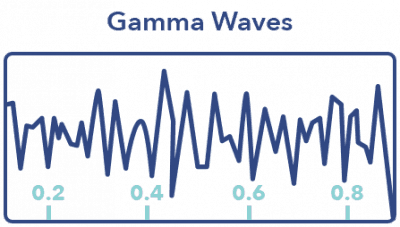 Gamma waves may trigger lucid dreaming due to their connection with consciousness and memory during the wake state. (5) These types of brain waves are not normally seen during REM sleep, and are the fastest brain wave of the five visible on brain scans. Gamma waves are notable for their tight, consistent pattern on EEG. They are typically associated with high-level information processing, insight, and relaxation.

Studies of Zen Buddhist monks have shown that gamma waves increase and synchronize during meditation, particularly among monks who are long-term practitioners of meditation. Gamma waves appear to modulate perception and consciousness, and may be controllable through long-term training. (6)

A pattern of brain waves (or neural oscillation) in human beings, with a frequency between 25 and 100 Hz.

False awakenings differ from lucid dreams in that the dreamer dreams they have awakened and are going about their normal waking life, when in reality they are still asleep. False awakenings may be associated with sleep fragmentation, as well as the overlapping of the sleep and wake states. Fragmentation may occur as a result of a sleep disorder such as sleep apnea or restless legs syndrome, or due to another disturbance to sleep such as noise or light.

False awakenings seem to be remembered more frequently than typical dreams, and occur just before awakening for the day. 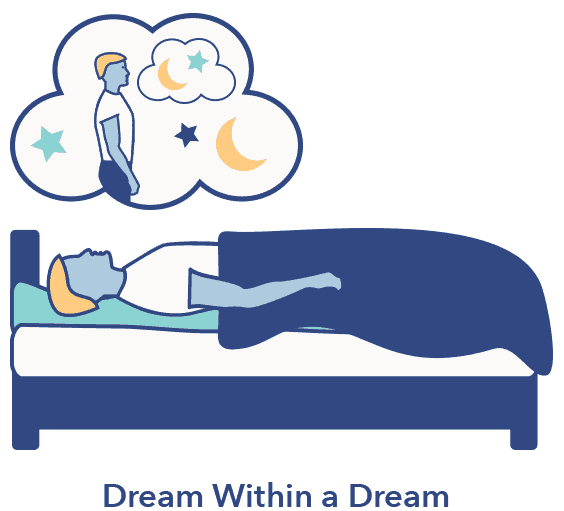 Lucid dreaming may be beneficial as a type of therapy, for nightmares in particular. Some studies have shown that using lucid dreams along with guided imagery and relaxation techniques can lead to a significant reduction in the frequency of nightmares.

In these studies, lucid dreaming was induced through the practice of certain awareness techniques, such as questioning the dream while it was in progress, and attempting to recognize the frightening elements of the dream as a nightmare instead of reality. Study participants were trained to alter certain parts of disturbing dreams as well as their endings. (8)

It may be possible to practice lucid dreaming through a series of techniques, including:

Lucid dreaming may also be triggered by practicing MILD, or the Mnemonic Induction of Lucid Dream approach. A study from Australia’s University of Adelaide outlined the practice as follows:

Lucid dreams may sound like something from fiction, but studies and reports from lucid dreamers show that they are quite real. These types of dreams offer a tantalizing glimpse into the world between consciousness and REM sleep, when brain activity allows awareness to penetrate the sleep state.

For many people, lucid dreams offer a feeling of power over the mind (9) during a time when consciousness and awareness are typically absent. The more we understand about lucid dreaming, the better we may understand the connection between the waking and sleeping psyche, and the more accessible our deepest reveries may become.