Tips To Recover From a Poor Night’s Sleep 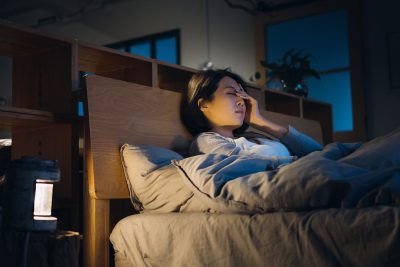 Research shows that we spend about a third of our lives sleeping, and you can bet that some portion of that is anything but peaceful slumber. The fact is, sleep eludes everyone from time to time. It’s such a universal experience that even Matthew Walker, the author of “Why We Sleep” — the guy who’s supposed to have sleep “figured out” — admitted on the Rich Roll Podcast that he has trouble sleeping from time to time.

Whether it’s a new baby in the house, celebrations that run into the wee hours of the morning, or your nerves getting the best of you before yet another important  Zoom meeting, a poor night’s sleep here and there is par for the course of being human. And while you can (and probably have) researched how to get some shut-eye, maybe there’s something to be said for researching how to bounce back after a poor night’s sleep instead.

We checked in with a few experts for some best practices for rebounding after a poor night’s sleep — here’s what they said.

Keep Calm And Carry On

Ok, that’s the motivational slogan Britain used in World War II, but it works here too. Most people go bananas when they don’t get enough shut-eye during the night, but unfortunately doing so is ultimately counterproductive.

Annie Miller, a behavioral sleep medicine therapist and founder of DC Metro Sleep and Psychotherapy, says, “Try not to panic. Instead, understand that a poor night of sleep happens to all of us. And it will happen again.” To keep your worry in check, Miller says, “Shrug it off, get through your day, and stay up until your usual bedtime. Worrying about sleep makes sleep worse, so do your best to let a poor night go.”

According to Dr. Rosmy Barrios, a medical advisor for the Health Reporter, mindset is everything. “Stay positive and look at the brighter side of things,” she says. “A lack of sleep might make you feel irritated and less motivated, but that won’t help you. Plenty of research shows that the kind of interpretation we have about the night creates a stronger impact on us than the night itself. It’s all about perception, and if you think that you can do better even after losing 3-4 hours of sleep, you’ll actually be able to do it.”

Stick To Your Sleep Schedule

Research shows that having consistent sleep habits is one of the best things you can do to get a good night’s sleep, and our experts couldn’t agree more.

“It can be a struggle to get out of bed following poor sleep, but it is best to continue with your routine by sticking to your sleep schedule,” says Connie Hack, a sleep expert for The Sleep Advisors.

“Staying with your regular sleep schedule is the best way to bounce back after a poor night’s sleep,” seconds Isabella Gordon, a Sleep Science Coach and Co-Founder of Sleep Society. “Going to bed and waking up at the same time every day helps train your body to fall asleep easily at night.”

If caffeine is your usual power-up, then have at it — just remember not to overdo it.

Martin Seeley, sleep expert, CEO, and Founder of Mattress Next Day, says, “If you’re feeling sleepy, it may be tempting to reach for a cup of coffee or tea. However, be sure to limit caffeine intake throughout the day and avoid drinking any caffeinated beverages after 2 p.m. so it doesn’t interfere with your nighttime sleep.”

These days, some people even reach for their daily caffeine gummy to get their fix!

Soak Up Some Rays

According to our experts, the sun can be a powerful ally when you need to get through your day after a bad night’s sleep.

Certified Sleep Science Coach and CEO/Co-Owner of Nolah Technologies, Stephen Light, says getting out into natural sunlight as soon as possible is crucial. “Light is the number one zeitgeber (environmental cue) that affects your circadian rhythm. Soaking in some sun early in the morning can help wake you up, feel alert, and even boost your mood. It also helps regulate your internal clock, so you’ll feel tired and fall asleep easier at the end of the day.”

Dr. Rosmy Barrios also suggests taking a stroll outside and soaking up some sun. “Not getting enough sleep might make you feel tired, but taking a quick walk will set your body in motion and make it active,” says Barrios. “Plus, when you’re in bright light, it suppresses the secretion of melatonin in your brain and creates more wakefulness. Moreover, exposure to light tricks your brain into thinking that it’s supposed to stay awake, further preventing you from feeling sleepy.”

Physical activity after a poor night’s sleep might be akin to moving mountains, but according to our experts, it’s an excellent prescription for what ails you.

“When you’re tired, hitting the gym may sound daunting, but exercise can increase deep sleep,” says Stephen Light. “In fact, the medical director of Johns Hopkins Center for Sleep says that 30 minutes of moderate aerobic exercise may improve sleep quality that same night.”

And while Light casts his vote for exercise, he cautions that folks should be mindful of the clock when doing so. Ideally, you don’t want to elevate your heart rate and body temperature too close to bedtime. “It’s best to exercise early in the day to reap the benefits without disrupting your circadian rhythm,” says Light.

Watch What You Eat

While most people think of them as worlds apart, the fact is your daily diet can have a profound effect on your nightly sleep — vice versa. The key to a better morning after is resisting the urge to indulge in sugary treats.

“When we cut our sleep short, our body craves carbohydrates for quick energy,” says Women’s Sleep and Health Coach and CEO of Sleep Like A Boss, Annika Carroll. “Cravings go up, and we tend to reach for donuts and muffins.” Instead of giving in to temptation, Carroll suggests “Eating a good amount of protein for breakfast to be satiated. Ultimately, you want to try to give your body a good amount of nutrients, so it has energy and doesn’t send your blood sugar on a roller coaster ride.”

Resist The Urge To Nap

An afternoon nap may seem like a good idea when a poor night’s sleep leaves you dragging through your day, but according to Dr. Barrios, that, too, can be counterproductive.

“No matter how tired you are, try powering through your day and sleeping at your usual bedtime,” says Barrios. “If you take a nap, you’ll have the same problem at night of having a restless sleep. The idea is to stick to your regular sleeping schedule and not create a problematic sleep cycle. Most people have a misconception that if they’re deprived, they can recover by napping during the day or sleeping more, but that’s not true.”

Barrios tells Sleepopolis that “we don’t recover from a poor night’s sleep the very next day; instead, we need a few nights to actually feel rested.” To illustrate her point, Barrios shared the results of one study that examined the issue of sleep debt. “The study required participants to recover five hours of sleep debt during the week by sleeping more at the weekend. [Ultimately], the results showed that “recovery sleep” doesn’t work, they still had a disrupted sleep cycle the following week, along with a change in their metabolic function.”

The TLDR from Dr. Barrios? “It’s best to stick to your schedule, skip the nap, and you’ll recover quicker.”

But If You Must…

Napping isn’t the best idea if you’re reeling from a poor night’s sleep, but if you absolutely must, Stephen Light suggests keeping it short and sweet.

“If you need to take a nap to feel refreshed, be careful not to interfere with that night’s sleep’,” says Light. “I recommend napping before 2 PM at the absolute latest, and keep your nap short.” Light says 20 minutes is ideal — it gives you the rest you need but stops just short of crossing over into deep sleep, which can ultimately leave you battling sleep inertia and feeling groggy instead of giving you the boost of energy you were after in the first place.

A poor night’s sleep can happen to anyone at any time. While you may not be able to stop them altogether, there are steps you can take to better manage your day after. First and foremost, don’t panic; that only makes things worse. Beyond keeping your frustration and worries in check, our experts also suggest sticking to your sleep schedule (no matter how tempting a nap may be), getting out into the sun, and getting some exercise.